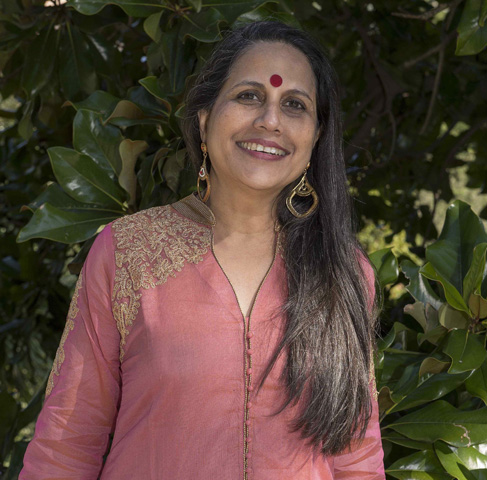 In my March 12 column, I promised to revisit the creative gender policy approved by the Catholic Bishops' Conference of India (CBCI). This 2010 document has the ambitious goal of integrating gender justice into societal structures at every level of the Indian church, from the parish to the bishops' conference itself. An important objective is "to stimulate reflection in the Church on its mission to form a discipleship of equals," with "the ultimate goal [being] to achieve gender equality."

Nowhere in evidence is the gender-apartheid-evoking complementarity language so frequently found in recent church documents. Instead, the bishops cite Genesis 1:27 ("In the image of God, male and female God created them"); Galatians 3:28 ("There is neither Jew nor Greek, slave nor free, male and female; for you are all one in Christ Jesus"); and Gaudium et Spes ("Every type of discrimination ... is to be overcome and eradicated as contrary to God's intent").

I recently interviewed one of the architects of the gender policy statement, Dr. Astrid Lobo Gajiwala, who is an Indian scientist, theologian, writer and mother of three. She has been living her Christian commitment in an interfaith family for the past 25 years.

Schenk: How did you become involved in developing the gender policy?

Gajiwala: I became involved after Bishop Bosco Penha of Mumbai was asked to present a paper on the situation of women at the 1992 CBCI plenary assembly. He decided a woman would be better suited to the task and invited me to speak in his place. I accepted and broke the silence on violence against women. As a result, the bishops instituted a women's desk chaired by its first ever woman secretary, Sister Cleopatra, who was also chair of the women's section of the Conference of Religious of India. I was nominated as a consultor and have remained one for the past 23 years. In 1996, thanks to the efforts of Bishop Bosco, the desk became a full-fledged Commission for Women.

The 2008 plenary assembly of the Indian bishops once again focused on women, but this time on their empowerment. I was one of the keynote speakers. I was also in the organizing committee under the leadership of Sr. Lilly Francis, then secretary of the Women's Commission. We held meetings at the grass roots for a year prior to the meeting, asking women to identify their main concerns and what they would like to see on the bishops' agenda. We also conducted a survey. Thanks to Sister Lilly, there were 40 women invited to this meeting, a first in the "his-tory" of the CBCI. ... One of the recommendations was to bring out a gender policy within a year.

The Women's Commission was entrusted with the task of drafting the policy. Sister Lilly was given full freedom to put together a drafting committee. She invited me to be on it. We spent more than a year researching, meeting, emailing, consulting regional secretaries, writing, rewriting and strategizing on how to walk the tight rope between being true to the women we represented and at the same time being acceptable to the bishops. This was, after all, their document.

The bishops reviewed our draft and revised it. The need for inclusive language and the articulation of women's spirituality was replaced with "articulate and express the Feminine Genius." "Equal" representation in parishes, diocesan councils and commissions was changed to "adequate" representation. But for the most part, the bishops respected the women's draft. Most importantly, the vision, mission, objectives and guiding principles went unchanged. To me, these are the crux of the policy, open to creative interpretation. It is not a perfect document, but it is a good beginning.

Have you seen any signs that the gender policy has made a difference?

The first thing I'd like to say is that like any law, the gender policy is a visible demonstration of the bishops' intent. This is important because it makes the bishops accountable. At the same time, it provides the faithful with a blueprint for change.

I come from the archdiocese of Mumbai, and I can say very definitely that the gender policy has made a difference. One of the important principles articulated was that gender equality is a cross-cutting issue and not merely the concern of women. It is a human rights issue and a Gospel imperative and so must engage all women and men, commissions and communities, institutions and organizations. Bishop John Thakur, who was the chair of the commission, at the time, emphasizes this in his introduction.

In 2012, after the horrific Delhi rape, the entire Mumbai church came together to address the issue. The archdiocesan Women's Commission under the leadership of Marcia D'Cunha spearheaded the campaign. I suggested it be called the 37 million diyas (lamps) campaign to draw attention to India's missing women. All the commissions worked together. The resources of the diocese were made available for this, particularly for all the promotional material. The Board of Education collaborated with a nongovernmental organization, Avehi Abacus, to introduce a gender sensitivity program for middle school students.

For the past two years, the archdiocese has been celebrating International Women's Day collectively with the other commissions, which are usually headed by priests. Men, too, are part of the celebrations, not just as spectators but as participants. The message of gender equality is spreading wider and wider.

The gender policy also advocates education in gender sensitivity to change mindsets. The archdiocese is supporting this in many ways. Two years ago, [the archdiocese] started a gender sensitivity program for seminarians coordinated by the Women's Commission. I am a part of this effort, doing one session on how church structures and policies make it necessary for women to "negotiate" partnership in the church and another on gender relations in the church, which focuses on educating to prevent clergy sexual abuse. We are a mixed team of women and priests. The response has been good. This year, we will conduct the course again. Of course, we will only know the fruit when these seminarians begin functioning as pastors in their parishes.

In other seminaries, there are female theology professors. I know some of them personally, and I am quite sure that they offer a feminist perspective. I understand also that feminist theology is being taught. The Mumbai Women's Commission also has special certificate courses for women offered in collaboration with Sophia College, a well-regarded local Catholic women's college. The topics range from examining gender stereotypes to reading the Bible with a woman's eyes.

More recently, a group of women and men, including priests, at the national level, concerned about the stories of sexual abuse that hit the Western press but also those that we hear about in India behind closed doors, put together a policy for prevention, protection and redress of sexual abuse of women in the church.

Since the gender policy advocates zero tolerance of violence against women in society and the church and recommends the setting up of institutional structures to [implement] this, we offered this draft policy to the CBCI standing committee in 2013. We were hoping that it would make it to the agenda of the bishops' plenary assembly in 2014. Unfortunately, that didn't happen. We are still awaiting the bishops' decision. At the Voices of Faith event, I got the opportunity to speak to Archbishop Anil Coutto, who is on the CBCI standing committee, and he has promised to look into it.

In the meantime, Cardinal Oswald Gracias during a meeting of the Mumbai CRI last month promised to put such a policy in place at least in Mumbai.

So yes, the gender policy is coming alive. But much depends on the willingness and ability of people to hold the bishops accountable to it.

Gajiwala, Sr. Lilly Frances, Marcia D'Cunha, the Women's Commission of the CBCI, and the Indian bishops are to be congratulated for developing a truly outstanding road map for creating gender equality in our church and in society.

Now we must challenge the universal church, including the Vatican and the world's bishops' conferences, to do the same. Women must write the initial draft and have significant voice in shaping all final documents.

In the meantime, educating seminarians, deacons and pastoral ministers in gender sensitization strikes me as both essential and immediately doable. Our seminaries and pastoral ministry programs should require credits in feminist biblical and theological studies. This would significantly enhance appreciation of the inclusive practice of the early church and our "God Beyond all Names."

Maybe then we truly will become that "discipleship of equals" first envisioned by Jesus.