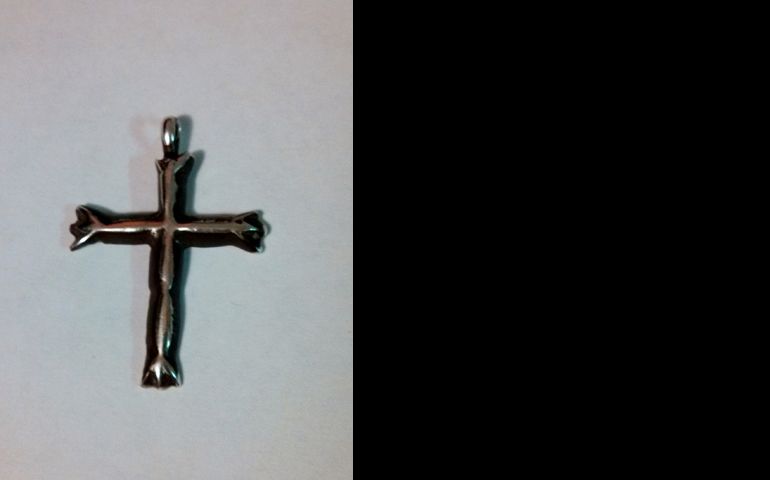 Most of 20 years ago, when I was teaching a seminar at Ghost Ranch in northern New Mexico, as I do most summers and will do again in August, I bought what was described to me as a Navajo cross.

It combines the Catholic tradition of the crucifix with the Protestant tradition of the empty cross of Christ. Which is to say that although the cross appears to be empty, its irregular texture suggests the presence of a body. Beyond that, three ends of the cross are flayed to suggest hands and feet.

I was attracted to it because I think both those traditions are right and that Protestants and Catholics -- both having recently experienced again the tenebrous season of Lent and its culmination in Good Friday and Easter -- probably should not have wasted our time fighting over which tradition was more correct.

And yet, over the years, it's been an interesting, worthwhile debate. Although it's often produced more heat than light, it has revealed to participants on both sides of the debate what the other side has noticed and gotten right.

And yet it's also true that without the crucifixion, we wouldn't have begun to grasp the depth of God's love for us, and there would have been no Resurrection. So the crucifix, with the suffering body of Christ still nailed there, seems to many Catholics (and others) the perfect symbol, one that's literal even as it points toward a future of hope and victory over death.

As I say, I think both traditions are right, and I was surprised and happy to discover a single cross that represented both. Since I acquired my Navajo cross, it has almost always hung from a silver chain around my neck, except when I've been sleeping.

Among other things, it serves as a daily metal-on-skin reminder to me that I am required in any debate, religious or otherwise, to try to see things from the perspective of the person who disagrees with me.

I dislike having to do that. Like most people, I prefer to be right without having to acknowledge that others may have insights worthy of my consideration. It's so much less complicated that way.

But my Navajo cross testifies to me that there's a better way.

In fact, I find the cross's reminder useful in the various differences we Protestants have with Catholics. Many Catholics can articulate sincere reasons for fencing the Communion table, as we say. And although we Protestants may disagree, it behooves us to respect the Catholic church's decision.

It's the same with such matters as the perpetual virginity of Mary, the hierarchical structure of the Catholic church, the process by which Catholics decide who is a saint, and on and on.

Remembering the lesson of my Navajo cross does not mean I am required to agree with all Catholic positions on all issues. But it does require me to approach our disagreements with an open heart so that I can both know and be known.

To know and to be known, in fact, is the way that all ecumenical and interfaith relations should be approached. The purpose of such dialogue and connections is not to convince others they are wrong and that you hold the fullness of the truth. Rather, it's to help others understand why you pledge allegiance to your positions, to understand why others hold their views, and to see if there might be reasons for one or both sides to adjust those positions.

In the end, I find that the cross of Christ -- especially in the form of my Navajo cross -- moves me toward that outcome.

Good Friday: All you who pass this way, look and see