Religion and science share the same roots: awe and wonder 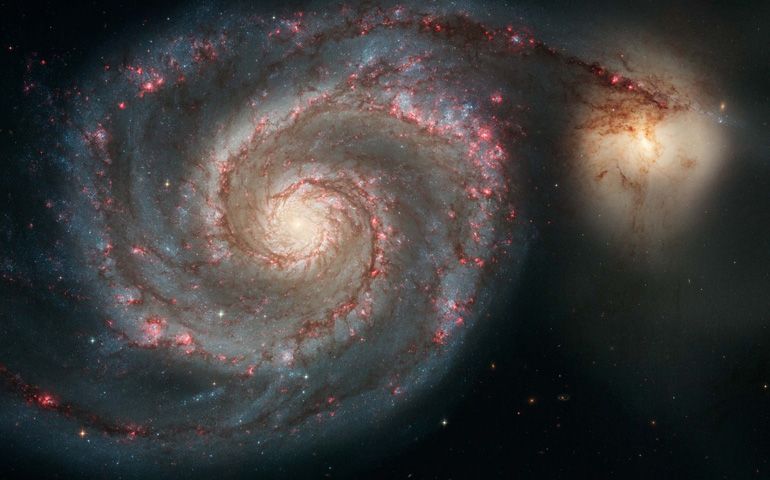 A few weeks ago, John C. Mather, who won the 2006 Nobel Prize in physics, gave a talk at The Catholic University of America in Washington, D.C., about the origins and future of the universe.

Good for the school, I thought. What a welcome change from centuries ago, when the Catholic church decided unilaterally what the details of the origins, future and shape of the universe were, sometimes drawing conclusions in stark tension with the conclusions scientists were drawing.

I love physics, though I discovered that to follow up anything beyond my freshman physics course in college, I needed to have some math skills. Recognizing my mathematical incompetence, I instead went into journalism, a field in which mathematical errors may embarrass you but aren't likely to result in the inadvertent demise of the globe.

Still, I didn't give up my love of physics. Over the years, I've written a fair amount about science, especially cosmology and subatomic physics. So when I noticed that Mather was going to talk about all this in light of the recent evidence confirming the Big Bang theory, I did a bit of digging around to see whether Mather had ever talked publicly about religion.

What I found was encouraging, though it didn't tell me much about whether Mather is a follower of this or that religious tradition.

I discovered an interview with Mather on NASA's website. In response to a question about the things people ask him when he speaks to church groups, Mather said, "We have our religious traditions coming from many thousands of years, and I think to myself, well, you know, if Moses had come down with tablets from the mountain that said, 'And guess what? There are protons and neutrons, and they are made out of quarks,' people wouldn't have understood what he said. So he didn't.

"We are discovering what the universe is really like, and it is totally magnificent, and one can only be inspired and awestruck by what we find. I think my proper response is complete amazement and awe at the universe that we are in, and how it works is just far more complicated than humans will ever properly understand."

This humble expression of awe is found at the root of religion. And it's a much more attractive attitude than the one famed physicist Stephen Hawking once displayed in his book A Brief History of Time. There, Hawking talked about the hope of finding a grand unified theory of everything and wrote that "if we discover a complete theory ... then we should know the mind of God."

How much better than Hawking's hubris about the human capacity to grasp the infinite is Mather's simple expression of awe and his acknowledgement that the universe "is just far more complicated than humans will ever properly understand."

In fact, that's precisely the attitude that religion -- of whatever tradition -- should be advocating. We humans are quite naturally curious about the world in which we live, and we should encourage one another to explore and draw conclusions about how things seem to work. But to imagine that we are capable of knowing the mind of God in some complete way is to turn the Benedictine virtue of humility on its head.

My hope is that faith-based educational institutions will encourage open and honest scientific exploration and not agenda-driven science that tries to prove religious teachings. To devote one's scientific energies to proving that Earth is only a few thousand years old is to go about science backward. Good science looks at the evidence for this or that hypothesis and then draws conclusions rather than first drawing a conclusion and then hunting for proof of it.

What religion can bring to the table is an openness to awe and wonder once scientists describe how they think things work.

Religion and science share the same roots: awe and wonder

Bishops must be blameless servants, not princes, pope says