Mercy can overcome even the Islamic State 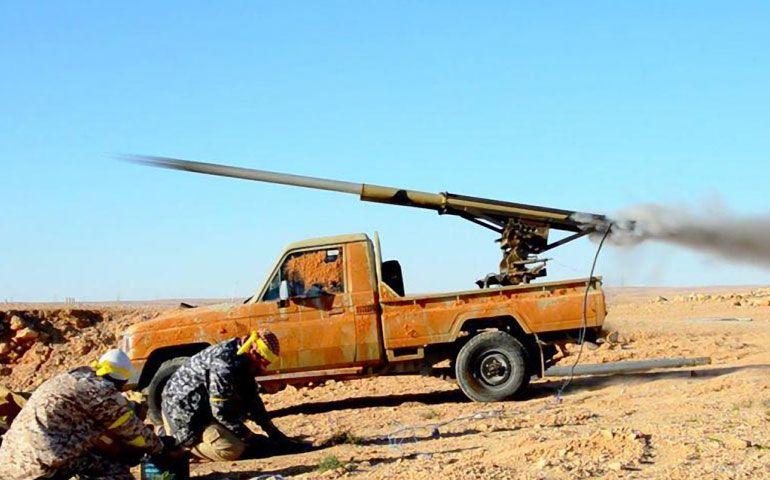 What if on Sept. 12, 2001, we had responded by saying, "We are largely a Christian nation. As a people, we want to respond to the atrocities of 9/11 with mercy and forgiveness. Jesus says, 'Love your enemies. Pray for those who persecute you' (Matthew 5:44). Yesterday those who desecrate the name of Allah murdered almost 3,000 innocent Americans. We will not retaliate in kind. We will not allow terrorists to turn us into revengeful people. We do not live by the law of an eye for an eye, for such a law leads to a world gone blind. We welcome and respect people of all religions that teach peace, mercy, forgiveness and love."

It is not too late to change our ways. We can peer into our souls and see things afresh. In this Year of Mercy, we can look on the Islamic State militants with compassion and love instead of fear and hatred. The young people in the Islamic State need to be converted to the true meanings and values of Islam.

When threatened with death, Jesus said, "Put your sword back in its sheath, for all who take the sword will perish by the sword" (Matthew 26:52). The good news is that we do not have to remain trapped and enslaved in modes of violence and retaliation. We can choose to do things differently. We are free to be loving, peaceful and joyful. We need not cower in fear.

The Islamic State crisis is rooted in ideas of God, who God is and what God wants. We need to flood the Middle East with ideas that challenge the Islamic State movement's misreading of the Quran. Islam really is a religion of peace. So, too, is Christianity. It is time, and has been forever, to put down the guns.

Pick up the Scriptures and start talking. Stop fighting. Give peace a chance. Young radical Muslims think they are doing good by killing us. The more we kill in retaliation, the more their misreading of Islam is reinforced.

If we stop killing terrorists, it would force those blinded by Wahhabi ideology to rethink their interpretation of Islam.

We should flood the Middle East with ambassadors of peace. Get thousands of young American Muslims, Jews and Christians to go there and engage the jihadists in transformative conversation. You cannot easily lop the head off of someone who comes, speaks your language, and simply wants to live in peace. Let us strive together to bring justice and peace to those war-torn lands.

And if such ambassadors of peace are killed, their blood will water the plants of reconciliation and peace. Where have we seen such before? When the child in the crib grew and was crucified by the brutal Roman Empire. Jesus' death transformed our war-weary world. The true and living God would rather be killed than kill. Jesus shows us the way to be truly human.

Can we dare to believe the radical jihadists are human? Can we see and trust that deep in their souls reside desires for the same peace and order we desire?

We must be courageous enough to go, extend an olive branch and say, "Let us sit together, talk and work this out."

To some degree, we must admit we created this monstrous band. Our disastrous wars in Iraq and Afghanistan and our flooding the region with weapons have spawned the terrorists bent on destroying us.

Honestly admitting our sins can lead to reconciliation. Asking forgiveness would signal to the terrorists our willingness to change our warlike ways.

The only way to stop terrorists is to make the terrorists want to stop killing. The ideology of the Islamic State will wither if there is no enemy attacking. We need to disarm the Islamic State group by taking away not only their arms, bank accounts and credit, but ultimately their reason for being.

I can hear you now: "Father, this is stupid. We can't even imagine doing what you suggest."

So. What's the plan? What is the alternative to practicing peace? Endlessly wage war?

Are the 1 percent of Americans who do all our fighting going to be at war in Syria, Iraq, Afghanistan, on and on, for the next five, 10, 25, 50 years? Will we spend $3 trillion, $9 trillion, $81 trillion more and still not achieve peace? Is there any strategy to end this insane, constant war on terror? Dare we hope for and choose peace?

In response to the Islamic State movement, our practicing nonviolence and peace can end the conflict. With such practices, Jesus, Gandhi, Dr. Martin Luther King Jr. and their followers changed the world.

So, too, must we. If we laid down our arms, true followers of Islam would be required to do so as well: "If the enemy desists, then you must also cease hostilities" (Quran 2:193).

Forgiveness and reconciliation, love, justice and mercy are the answers. It is not crazy to propose that the practice of Jesus' teachings will dissolve the Islamic State crisis. Forgiving, reconciling, responding with love, establishing justice, and showing mercy are the only strategic, safe and sane alternatives.

[Jesuit Fr. Rick Malloy is university chaplain at the University of Scranton.]

World | Mercy can overcome even the Islamic State