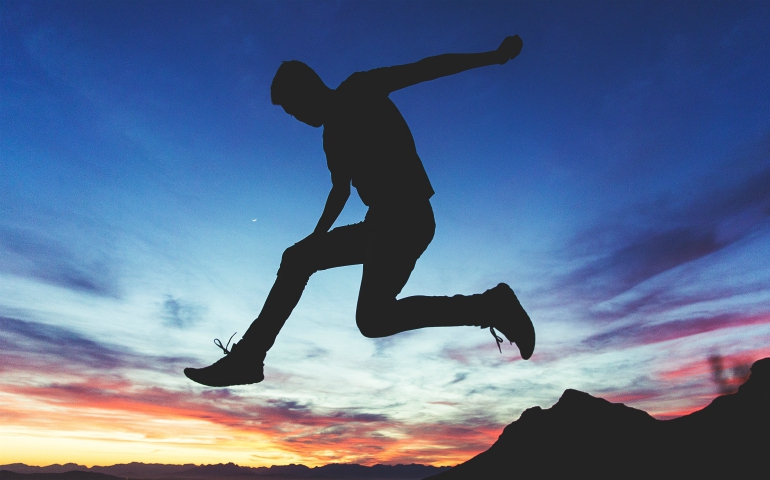 It may seem odd today, but, at one point, a half century ago, the top-selling popular song in America was made up of lyrics from the Bible — specifically, from the third chapter of the Book of Ecclesiastes.

To everything (turn, turn, turn)

There is a season (turn, turn, turn)

And a time to every purpose under heaven.

A time to be born, a time to die

A time to plant, a time to reap.

You might think that all the teenagers like me who were grooving to the song back then would have taken in the import of those words, particularly, "A time to be born, a time to die." But we were young and felt immortal.

I think back on that song today, a year and a half after my brother David, suffering great pain and fearing to lose control of his life, killed himself during a thick shower of rain-snow outside his back door at 3 a.m. on a Friday.

David was a year younger than I, and the two of us were the oldest of 14 children. He had had many difficulties throughout his life, and, for me and my siblings, his suicide wasn't a complete surprise.

It was a shock, nonetheless. He was here, one of us — he and I had talked just a few hours before his death — and then he was gone. There was a finality that slapped us in the face. This brother we loved was gone.

Then, just a couple months ago, my sister Eileen's husband, Bob, was killed in a boating accident. Again, the fabric of our family was ripped. Again, the realization hit us — we would never see Bob again.

Not only that, but, in both cases, there was no escaping the reminder that each one of us, like David and Bob, would one day die.

There is a Latin term for that sort of reminder, memento mori ("Remember, you must die"). Back in 1959, Muriel Spark, who blended spiritual depth with a comic sensibility, published a wonderful novel with those Latin words as a title. It was about a bunch of elderly English people, mostly upper-class Londoners, who begin receiving identical telephone calls.

When they answer, the caller says, "Remember, you must die." Some are indignant. Some amused. Some disoriented. All are mystified.

However, Jean Taylor, a former companion-maid of one of the ladies and a former lover of one of the men, doesn't get a call. At 82, she is in a government nursing home, progressively losing the use of her body to arthritis.

Jean is very aware of her declining health and approaching death. She seems to find consolation meditating on these subjects, and maybe that's why the caller never bothers with her. One chapter begins: "Miss Jean Taylor sat in the chair beside her bed. She never knew, when she sat in her chair, if it was the last time she would be able to sit out of bed."

You don't have to be 82 to realize that, at any moment, your life could come to an end. Dwelling on that fact may seem desolate, but, in fact, it can be life-affirming.

As Americans, we live in a society that continually seeks to deny death. Look at the commercials on TV and the ads in newspapers and magazines and online, and you'd think that staying vibrantly, youthfully alive forever is only a matter of eating a certain diet, ingesting the right pills and having the perfect toys. It's all a sham, though.

To pretend that death is not somewhere on the horizon is to dwell in a fantasy existence.

However, if you remember that there is "a time to be born, a time to die," you are constantly aware that life is there to be lived.

If you know death is waiting in the wings, you know that each moment we have, each breath we take in, is precious. Each sunrise is one of only a finite number that we will have the opportunity to see. Each gentle rain. Each beautiful snowfall.

Each person we meet is a treasure. Each is dying, just as we are.

What the writer of Ecclesiastes tells us — what God is telling us — is that our job on Earth is to show up. To be present. To be alive to the fullness of life, which includes being alive to the fact of death.

Here's how the poet Gwendolyn Brooks explained the job of being a human being:

This is the urgency: Live!

and have your blooming in the noise of the whirlwind.

God gives us the whirlwind in which to live. We aren't given safe, secure cocoons where we can escape the rough-and-tough of existence. We are given the storm, and we're told to blossom amid all the rain and thunder.

That reality is at the heart of last year's exhortation from Pope Francis' Amoris Laetitia ("The Joy of Love"). He's writing about marriage, but what he says is applicable to life in general: "Marital joy can be experienced even amid sorrow; it involves accepting that marriage is an inevitable mixture of enjoyment and struggles, tensions and repose, pain and relief, satisfaction and longings, annoyances and pleasures."

Life is that same sort of mixture of joy and sorrow, but you can't taste the joy if you're hiding from the sorrow.

Death will come, yes. But, for now, in joy and sorrow, we're called to look at the wonder of the world which God as made for us, and at all these souls sharing that world with us.

[Patrick T. Reardon is the author of eight books including Requiem for David, a poetry collection, and Faith Stripped to Its Essence, a literary-religious analysis of Shusaku Endo's novel Silence.]