As a community gathers to remember and celebrate the baptism of Jesus, all present are offered an opportunity to reflect upon their own sacramental initiation into Christ and the church. Jesus defined himself and his ministry in terms of the Servant described by Isaiah (first reading). Like him, we are called to learn who we are in Christ and what we are called to be and to do in the world. Empowered by the Spirit, we are challenged to embrace the insight expressed by Peter in today’s second reading (Acts): “God shows no partiality.” This insight into God’s magnanimous nature is to shape our attitude and guide our interaction with others. All are one, all are loved and saved by God. All are our brothers and sisters in the Lord. As Jesus’ brothers and sisters, we know ourselves to be children of God, filled with God’s own Spirit, as Jesus was at his baptism (Gospel, Luke). 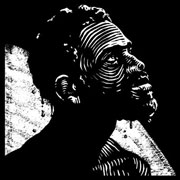 Those of us who were baptized as babies do not recall the rite itself, but each of us has the opportunity to grow into our baptismal belonging to Christ. Each of us has also learned that baptism is not an end in itself but the first step in a lifelong process of putting on the Lord Jesus Christ.

As one who was graced and clothed with Christ, Dietrich Bonhoeffer was an example whose faith witness to Christ continues to teach us. Because of his baptismal belonging, he felt compelled to speak truth to power; he openly criticized and resisted the Nazi regime that was swallowing Europe. For his efforts, Bonhoeffer was imprisoned in a concentration camp and died a martyr’s death at the age of 39. Yet, by his own admission, Bonhoeffer said he did not truly become a Christian on the day of his baptism. He was well aware of the theological implications of his baptism, but he insisted that despite being baptized, he became a Christian only when he began to seriously accept and live by the tenets of the Great Sermon and to pursue the answers to some very disturbing questions.

A Christian, Bonhoeffer said , does not merely profess to believe in Christ but experiences and lives Christ in the world (Testament to Freedom, Harper Collins, 1995). An authentic Christian makes Christ the center of his or her life. Rather than fleeing from the world to remain holy, Christians become holy by immersing themselves in the world in order to know and alleviate the plight of others. When all others are silent, the Christian dares to question, “Who is Jesus?” “Where is Jesus to be found?”

In 1933 Germany, Bonhoeffer said that he recognized the suffering face of Jesus in the persecuted Jews and imprisoned dissidents. Of church leaders who seemed blind to the Third Reich’s crimes, Bonhoeffer asked, “Where is Abel, your brother?” Bonhoeffer was appalled by the church’s refusal to speak or act, and called for an uncompromising embrace of Jesus’ teachings. He challenged his contemporaries, and especially the leaders of the community, to return to the costly grace of their baptism. “We have gathered,” wrote Bonhoeffer, “round the carcass of cheap grace and there we have drunk the poison which has killed the life of following Christ” (The Cost of Discipleship, SCM Press Ltd., 1959). But by drinking anew of our baptismal grace, we are empowered to follow Jesus Christ even at the cost of our own life. Grace cost God the life of God’s only Son, and what has cost God so dearly cannot be cheap for us.

Therefore, if Jesus was baptized in order to be a man for others, even if it cost him his life, then “every baptized believer who would be known by the name ‘Christian’ is to express … faith through courageous service to all who struggle and suffer in this world.”

Baptism was the first step of Jesus’ long and arduous journey. So was our baptism. It is but the first step in a lifelong process of becoming like Jesus, of becoming Christian. If only we were to take Jesus at his word and begin to live the radical challenges and demanding ethics of the Gospel. How might such an effort change us? Change our world?

In all our efforts at becoming Christian, we are not alone. Jesus asks nothing of us without giving us strength in the form of grace; through his Spirit breathed into us at baptism, he remains ever present.

Be alert and filled with hope

Why should I forgive?