When he announced the Year of Mercy, Pope Francis wrote in Misericordiae Vultus, "We want to live this Jubilee Year in light of the Lord's words: Merciful like the Father." In his Gospel, the Lucan Jesus made a similar plea: "Be merciful just as your Father is merciful" (Luke 6:36). Throughout the remainder of his Gospel, Luke developed this concept and challenged all would-be disciples to put it into practice. 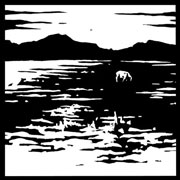 That same motif of mercy is reflected in each of the sacred texts for today.

In the Exodus text, we are purportedly taken back to that time when Israel traveled the desert en route to the land of God's promise. There is no denying that the sin of worshiping the molten calf was a grave one.

But, as grave as it was, God's mercy for the Israelites was far greater. God forgave them and reconciled with them because it is in God's very nature to do so.

As Francis writes in Misericordiae Vultus, "The mercy of God is not an abstract idea, but a concrete reality with which he reveals his love as of that of a father or a mother, moved to the very depths out of love for their child. It is hardly an exaggeration to say that this is a 'visceral' love. It gushes forth from the depths naturally, full of tenderness and compassion, indulgence and mercy."

This same mercy and visceral love is extended to each of us sinners, offering us hope because God's grace and mercy are far greater than any sin, even the gravest of sins.

Paul understood that he also had been a recipient of God's visceral love and mercy. In today's second reading, we are privileged to read over Timothy's shoulder as Paul recounts to his young protégé the story of his conversion. Once a persecutor of the followers of Jesus, Paul insisted that his metanoia, or radical change of mind and heart and lifestyle, was due to God's grace and mercy. Paul's story invites each of us to reflect on our own so as to discern the hand and the heart of God and be grateful for God's mercy.

Today's uniquely Lucan Gospel -- with its narrative of three lost entities, a sheep, a coin and a son -- builds to an emotional and dramatic climax. With each lost-and-found experience, this parable builds, drawing us in until we are led to realize that we are the lost son, and the loving and merciful Father eagerly awaits our return.

We all lose things, and we know the sense of joy and relief that comes with finding them. However, it is one thing to lose a coin or even a sheep, and quite another to lose a son or a daughter, or even two sons, as the parable suggests. Not only did the younger son abandon his father, but the older son appeared on the verge of taking his leave as well. We are not told the rest of the story. Nevertheless, we may find ourselves hoping that the older son followed the younger son's example, returned to his father and was reconciled.

Interspersed throughout the parable are references to rejoicing and to the fact that all in heaven celebrate when sinners who were lost are found, when those who were dead in sin, through God's loving mercy, have come to life again.

Initially, the reactions of the shepherd and the woman who lost a coin may seem exaggerated. Jesuit Fr. Brendan Byrne would have us understand that the "over-the-top" reactions of the shepherd, the woman and the forgiving father are intended to assure sinners that God is "crazy in love over each individual human being and rejoices exuberantly over finding one that had been lost" (The Hospitality of God, Liturgical Press, 2000).

The older brother in the parable, in his resistance to his father's joy and in his resentment regarding his prodigal brother's reinstatement, may have evoked certain sympathy from the Pharisees and scribes who were in the crowd. Their argument, after all, was a reasonable one. Why should an errant son who demanded his birthright and then squandered it on a life of dissipation be welcomed home and celebrated once again as a beloved son?

Why? Because our God, who is crazy in love with us, is extravagantly merciful -- because our God is irrationally forgiving. Can you accept this God? Or will you refuse such a love and find yourself on the outside looking in while forgiven sinners revel in God's mercy?

'Mature discipleship': the struggle to give one's life away