It's difficult to understand the original meaning of today's Deutero-Isaiah passage unless we restore the first six verses to the Lectionary selection. Isaiah 49:1-6 is generally referred to as the Second Song of the Suffering Servant of Yahweh. The disciples of the anonymous prophet (Deutero-Isaiah) responsible for Chapters 40-55 of Isaiah not only passed on his powerful oracles, they also included four reflections on what it meant for him to be Yahweh's mouthpiece. The first three are autobiographical; the last, biographical -- composed by his followers after his martyrdom. All four are traditionally called the Songs of the Suffering Servant of Yahweh. 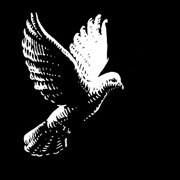 Except for Jeremiah's "confessions" in Chapters 10-20 of his work, we rarely glimpse what is going on in a prophet's mind while he or she is delivering Yahweh's word. That is what makes today's passage so valuable to people of biblical faith.

After proclaiming God's word of deliverance to exiled Jews -- probably in the late 530s B.C. -- the prophet eventually concludes that practically no one is listening. Beaten down by 50 years of captivity in Babylon, these displaced Israelites are convinced that not even Yahweh can return them to the Promised Land. Though Deutero-Isaiah constantly emphasizes the power of Yahweh's word, practically no one believes it's powerful enough to spring them from their exile. The prophet logically reasons that he's failed the mission Yahweh gave him to accomplish. Yet, to his utter amazement, God has somehow turned his failure into a success.

"Though I thought I had toiled in vain," the prophet says, "and for nothing uselessly spent my strength, yet my reward is with Yahweh, my recompense is with my God" (49:4).

Against all Deutero-Isaiah's expectations, "I am made glorious in the sight of Yahweh, and my God is now my strength." Both God's glory and the prophet's glory only come to light through the prophet's failure, not his success.

One of Scripture's amazing insights revolves around our sacred authors' conviction that God simply expects us to commit to carrying out God's will in our lives, even if we seem to fail in the process. God's definition of success and failure is always different from our definition. When we do what God asks, the results are out of our control. But, as Deutero-Isaiah discovered, instead of letting us mope and fret over our failures, our God is constantly leading us further down the road of faith, always pointing out the open doors lying far beyond the closed doors we have already passed.

The vast majority of Pauline scholars contend that when the apostle dictated today's first words of his initial letter to the Corinthian Christian community, he was no longer "in control" of that church. He was writing from a position of weakness and failure, not strength and success.

Paul is forced to deal with problems he didn't foresee while he was evangelizing this Greek community. Though he seems to have left the church in fairly good shape months before, it's now split into factions, has forgotten or ignored some of the most basic Christian truths, disrespects the body of Christ and is using its gifts of the Spirit for selfish purposes instead of for the common good. Some of its members are even convinced that they're never going to rise from the dead.

Where do you start?

Paul starts from the beginning: "You have been sanctified in Christ Jesus, called to be holy ..." The scriptural word "holy" has nothing to do with being pious. It can simply be translated as "other" or different and unique. Though they don't necessarily look different, Christian holy people have a unique value system, a way of looking at people and things that is at right angles to how the majority of people look at those same people and things. Because of their holy viewpoint, holy people are expected to do holy things, actions that apparently end in failure.

Because Paul failed at creating a holy Corinthian community, he succeeded in blessing us with a writing holy people are still reading 2,000 years later.

Failure is how most scholars also believe the historical John the Baptizer would have judged his mission. Though Jesus' followers later reasoned that this wilderness prophet succeeded in preparing the way for their mentor, and so presented him in that light in their Gospels, John himself would have judged his work through different eyes. Yahweh hadn't arrived as he expected, and almost no one changed their lives because of his preaching. His life's work simply led to his martyrdom. Like so many biblical people, his success was in an area he could never have anticipated.

If we're not reflecting on our failures today from a holy perspective, we haven't really heard and understood today's readings.

'Doing nothing' a place of surprising activity

I am coming to your house