What would you do?

Two widows are featured in the sacred texts today. The text from Kings tells the plight of a Sidonian woman. With no husband, no inheritance rights and no voice, she was dependent upon her son, the man of the family. So it was with the widow of Nain in the Gospel: Her son, her only son, was her legal protector. When both widows lost their sons to death, they suffered not only the loss of a beloved child but also the loss of their rights -- or, as Bonnie Bowman Thurston has put it, they lost their “social security” (The Widows, Fortress Press, 1989). Therefore, when Elijah restored the Sidonian widow’s son and Jesus restored the widow of Nain’s son to life, each was in effect restoring two people to life. 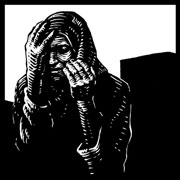 Elijah and Jesus were prophets who spoke and acted for God; both were also life-givers in God’s name. Throughout his ministry among us, Jesus was a staunch protector of life. He healed those whose lives were burdened by sickness and pain. He forgave sinners whose lives were sad and lonely because their sin alienated them from God and others. He reached out repeatedly to the poor whose lives were broken by their need. He took special care to associate with women and children, whose lives were regarded as the property of their husbands and fathers. He also cared for and challenged the wealthy to entrust their lives to God rather than seek security in their riches. Jesus also called upon the religious leaders and exemplars of the people to live with integrity before God and their fellow human beings. While others avoided the dead so as not to risk ritual impurity, Jesus touched the dead and restored them to life. In the end, he would give his own life and submit to a tortuous death in order to save sinners from death and assure them of life everlasting.

Roland Faley has suggested that the life-giving motif that permeates the sacred texts today challenges the church to be a strong defender of life in all forms and at every stage of existence (Footprints on the Mountain, Paulist Press, 1994). This defense of life requires the church to raise its voice in support of the unborn and to speak out against capital punishment. As Faley has insisted, controversy and partisanship have no place in the church’s stance. “It is more than a Catholic position or even a biblical position. It is a human stance. Life is too sacred a value.”

The sacredness of life is under threat on a global scale. Wars take the lives of young and old, and when the violence has finally come to an end, there are no winners. All lose because the gift of life has been desecrated. Widespread famine and rampant diseases claim lives on a daily basis. No true believers can ignore our brothers and sisters who are starving and wasting away. As Jesus’ followers, we are called to give not only of our surplus but also of our substance, so that the dignity of human life may be preserved. Those who suffer from want are no less temples of the Holy Spirit than we. And we also must act diligently to prevent the life-destroying evil of abuse, of every sort -- physical, psychological, emotional and sexual.

Perhaps you have seen a program on ABC called “What Would You Do?” Actors portray instances of someone being insulted, abused, deceived or otherwise taken advantage of in order to see how others will react. Some of the unknowing witnesses and passersby try to help the person in need. Some try to reason with the abuser. Others take a physical stance against the perpetrator. Many are sympathetic but silent, while others simply walk away, not wanting to be involved.

Today, the sacred texts ask us: What would you do?

Spirituality | What would you do?

See me, know me