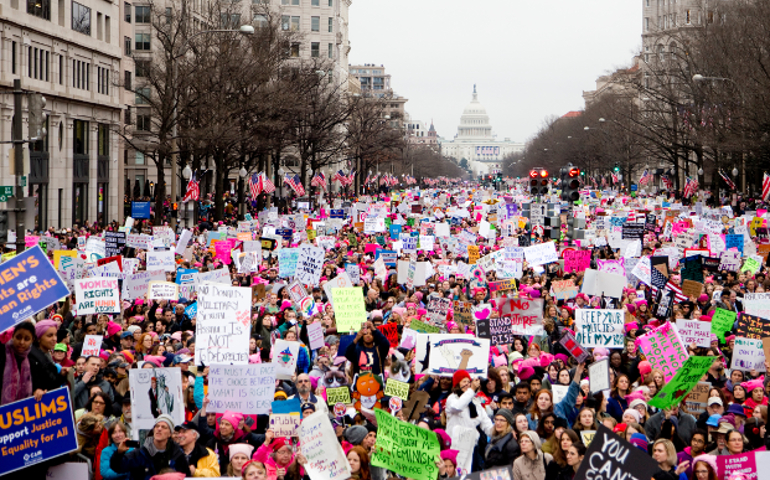 It’s time to think through a very bizarre situation: Here we are in the one of the most modern, practiced, experienced democracies in the world — meaning that nothing could be more normal. But we’re also here with a new president who is so out of sync with a political and professional world that is rational, sophisticated, cautious and careful that few can tell where the rational ends and the bizarre begins anymore.

At the same time, we rest in the notion that checks and balances — representatives and senators — insulate us from any kind of monarchial takeover. After all, the very fact that presidents can’t really do much without the Congress, we’re inclined to assume, insulates us from any really egregious errors. What can possibly go wrong in a system that divides power and then checks the extremes of one branch with the prudence of another one?

We’re all in this together, aren’t we? Right. And that may be exactly the problem.

Preposterous proposals of legislation are beginning to be treated as normal, to be considered doable, to be thought desirable, to be accepted as moral. For instance, we were just faced with the American Health Care Act that would eliminate almost 24 million people from any kind of health care at all. We were told to accept health care insurance with premiums that would rise as people got older, just when most serious health care challenges set in. We were on track to find ourselves with health care coverage that was written to eliminate basic health care requirements: maternity care and mental health care among other basic benefits. What can possibly be done about plans such as these?

Obviously, there is a story here that must be told before it’s too late. Too late for what? Easy. Too late to understand a wisdom story collected from the monastics of the third century deserts of Egypt and the Middle East. It was almost surely meant to describe their own social situation, I’m sure, but it certainly describes ours now, as well. And warns us. And gives us strength.

One day, in counseling a younger monk, Abba Anthony told this parable.

The time is coming when people will be insane, and when they see someone who is not insane, they will attack that person saying: “You are insane because you are not like us.”

The cautionary tale is a timely one. It reminds us, as the Rev. Jesse Jackson once pointed out, that it is very easy to go along to get along.

As a result, while the system roils in an attempt to determine whose fault it is that this cannibalistic health care bill did not get enough support to pass the House of Representatives, I’m afraid we are ignoring the really basic cultural and spiritual question: How is it that a bill so morally decadent to begin with could ever have been brought to the floor of the U.S. Congress?

Or to put it another way: How is it that this bill was only short of passage by a mere 33 votes of this country’s majority party? How is it that there were only 33 “no” votes between our care for American children and the health children need; a mere 33 votes between protection of our elderly and the loss of home nursing they can afford; only 33 votes between the security of U.S. taxpayers and basic health care for adults and families? What kind of Congress is this? What kind of democracy is this?

Being like the people we want to have like us is a social phenomenon of major proportions. Grounded in fear or greed, it can cause whole populations to shift social behaviors like schools of fish in swirling waters.

Social psychologists call it “herd behavior” or “the mob mentality” and have been studying facets of it since the 19th century. No one knows better than economists the dangers of it, for instance, as the stock market shifts with the wind and some people gain millions on it while others lose their life savings for the same reason. It seems equally clear now that politicians, too, are especially prone to the disease. At least now. At least here. At least in this Republican Congress.

What is it that can damp the humanity out of a government so quickly, so thoroughly? Financial support for the next election? Identification with the alpha male? Blood thirst for power? Fear of political vindictiveness? Or even all of the above?

In order to be part of the in-crowd, in order to get ahead, in order to be accepted, we are very careful not to violate the standard brand theories or social positions of the time. Instead we name “difference” madness and make mad attempts to stamp out anything that challenges it.

But the desert monastics, the most “Catholic” of Catholics in the early church would have none of it. Abba Anthony brooks no doubt: We have a spiritual obligation to come to our own opinions. We are not to buy thought cheaply. We are not to attach ourselves to someone else’s decisions like pilot fish and simply go with the crowd. We are meant to be thinking Christians.

The problem is that in this day and age forming an independent opinion and having the audacity to claim it may fast be becoming the gold standard of fortitude.

But we have seen in our own era what happened when the slow erosion of principle in Europe hardened into World War. With the fear of terrorism and the rise of racism as an excuse, so-called Christian countries simply abandoned all patina of Christianity in favor of racial superiority and national defense. They wanted to be “great again,” too. And they failed — as we will — because no country, no group, can become great by being cruel, by taking from vulnerable sectors of society to enrich the privileged of it. And yet, now we are watching the illogicality of that paradox played out again right before our eyes.

No doubt about it: Abba Anthony left to all of us the obligation to speak up on issues that threaten to despoil our basic human decency. He goads us to speak out for the innocent and oppressed. He challenges us to speak on, however long it takes and whatever the pressures ranged against us, to restore to humanity the humanity it deserves. He requires us to speak up when we hear around us the strategies of those who would balance the national budget by denying the hungry food stamps and children good education and the unemployed and underpaid decent lives and the strangers in the land a way to become community.

From where I stand, the basic question has to be: How could such a bill be considered human in a Congress that prides itself of being “of the people, for the people and by the people?” Why was a body such as this even willing to entertain such a thing? Where is the moral criteria that outweighs being liked or punished by a vindictive president who keeps lists of those who do not vote with him? And, lastly, why would any president support such a bill?

In a political world that is normalizing the irrational more and more every day, our obligation is not to be like those who would secure themselves by making others insecure. Our obligation is to be like the One who said, “Give what you have to the poor and then come follow me” — no matter who calls you insane.