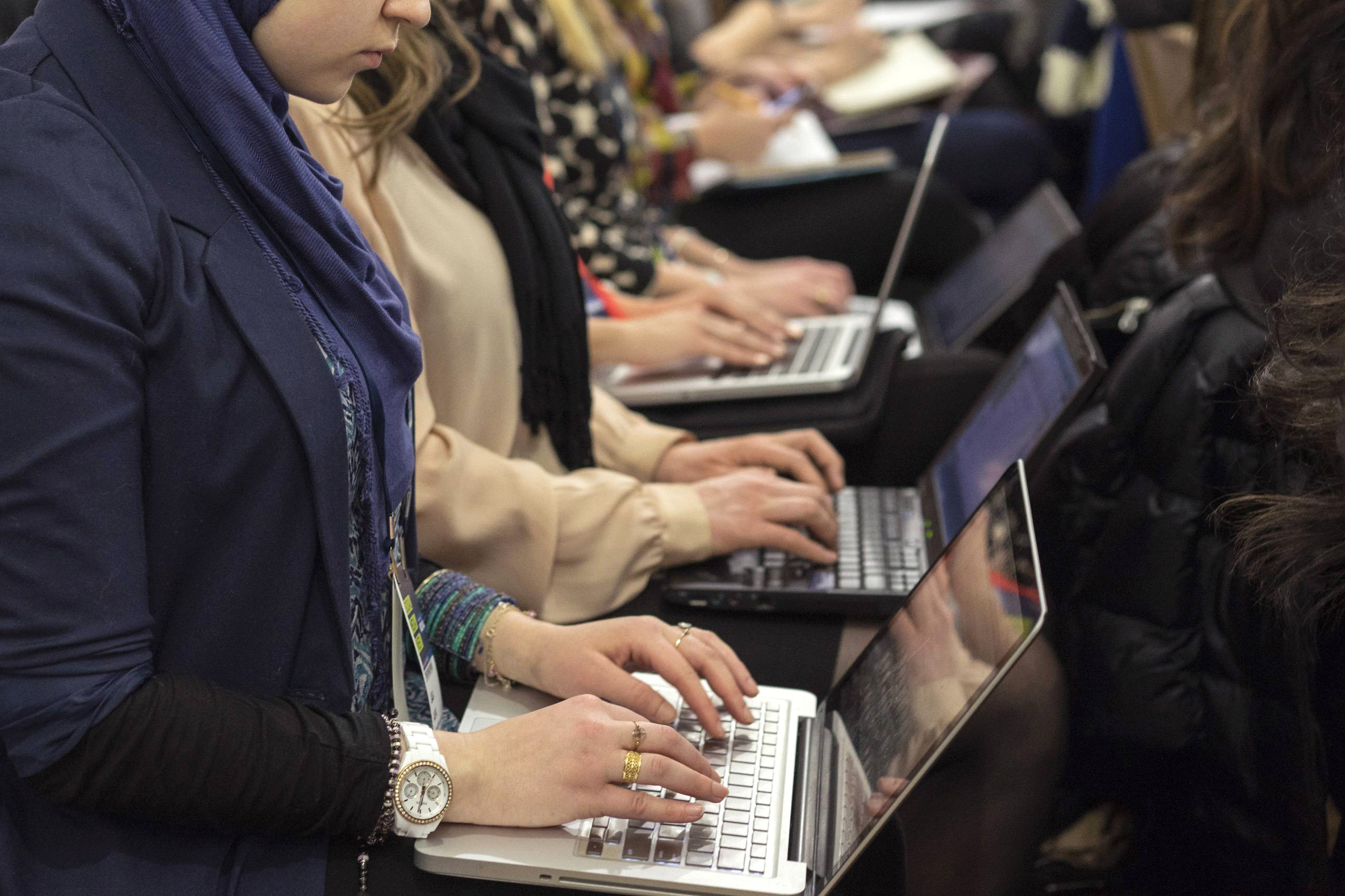 I’ve written or spoken a good many times about the incivility that unmonitored social media sites have generated in this country. Someplace along the line we have managed to confuse freedom of speech with the freedom to be rude, crude, mean, hurtful or brutal — anonymously. Secretly. Behind some silly moniker like “Darth Vader 2.” Or worse.

I grew up in a society where there were some words that were never spoken — in front of women, in front of children, in public, at a dinner table, in a professional setting, on a telecommunications program of any kind. But then, little by little, we began to see it painted on back walls of old buildings. And did nothing. Then we began to accept it in teenage music. And did nothing. Then it showed up in racy “literature.” And we did nothing. Finally, it was everywhere on the streets. And now, it seems, there is very little we can do about it at all.

Where did we lose the idea that freedom of speech is the right to have our speech protected, no matter what our opinion might be? That does not, however, include the right to libel, slander, and now bully people into submission. It does not include a license to abuse someone — meaning to call names or threaten harm or talk or harass those who are different than we are. Physically, socially, or politically. There are statutes against it. So much for the law. So much for our birthright. So much for the character of the nation. So much for our vaunted ideals of democracy.

Obviously, given the increase in the amount of outright lies or veiled insults in the public airwaves now, the threat of the law does not really much restrain an anonymous population, let alone educate it to a more civilized kind of communication. Those websites that employ monitors with the right to reject that level of so-called “comments” manage to maintain a higher standard of conversation and insight. But for smaller groups with fewer resources, the ability to engage that kind of monitor is more likely to threaten the existence of the website itself than it is to eliminate the problem.

And so we all know that. And so we don’t know what to do about it. Except maybe inspect our own children’s websites in the hopes of being able to separate them from the adults around them who are even more childish, and even more crude, than the average adolescent.

But now we have struck a new low. A gutter talk so bad that we don’t want children even to watch the news. Now it’s our national leadership who are leading the pack. These valiant types who purport to be the role models of the country. These high-level poobahs who speak from the Olympian heights of business, politics, and public service have long ago sliced and diced not only one another but the character of the country itself.

I am in Europe as I write this where their attitude about what they are seeing of us on television is clear but said in far more elegant, more honest, more caring language than ours for one another. They feel sorry for us. They wonder what is happening to those decent rank and file citizens, real Christians, genuine intellectuals, committed activists, genuine patriots who are embarrassed by their own political parties.

And we, for our part, ask ourselves what has happened to us. Where compassion — the ability to really feel for the other, to care for the other as well as ourselves, to be different than others but never destructive of others — has disappeared.

Maybe compassion here and now calls for us to quench this fire at its lowest level — on our comment boards, in our blogs, in our texts, in our chat rooms. To refuse to read them. To “unlike” all of them. Then, eventually, it can become unacceptable again to use that kind of language anywhere. Even in our presidential elections. At the top.

So now we’re split as a country, as a body politic, as a generation. Why? Because we ignored this malignancy and let it spread. Has it helped us express ourselves? Has it helped us to make our points any better, any more effectively? Has it brought us to the point of effective political discourse? Has it made us any happier? The Dalai Lama’s statement says it all: “If you want others to be happy, practice compassion. If you want to be happy, practice compassion.”

From where I stand, it seems that to be compassionate in this environment, we can’t say “it’s awful” anymore. We need to say: “It stops here. In front of me. Always.”