Laudato Si': Putting faith on the frontline of the climate justice fight 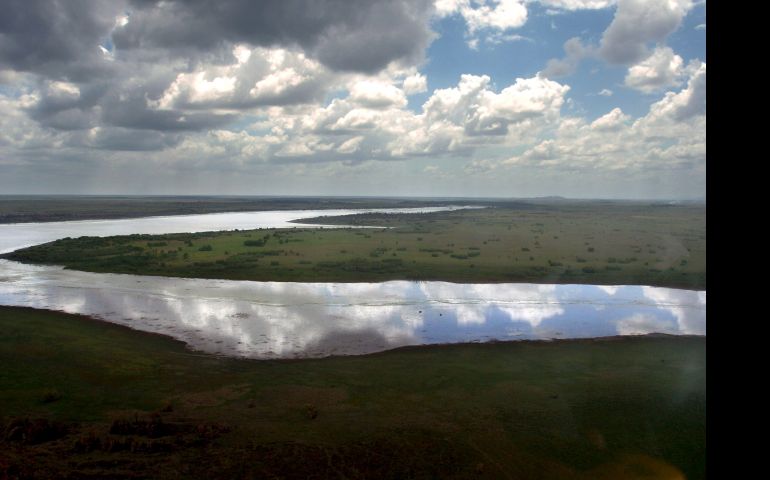 This is an aerial view of the Rio Platano nature reserve in Honduras. (CNS/Gustavo Amador, EPA)

Last year, Pope Francis challenged the Catholic church and the world to be more proactive in combatting climate change and preserving the environment in a historic document titled "Laudato Si', On Care for Our Common Home." As we mark the one-year anniversary of this momentous spiritual document, the need for action couldn’t be more urgent.

Communities of faith across the globe should heed Pope Francis' words. The Bible says that the highest heavens belong to God, but the earth he has given to humanity. As believers, we have a moral obligation to protect our planet and the life-sustaining resources that it provides.

Environmental degradation is a social justice issue that cannot be ignored. Too many Americans are robbed of life’s most basic necessities: clean air and clean water, because they stand on the lowest rungs of our nation’s economic ladder. We have what Pope Francis calls "a grave social debt towards the poor" and we need "a global ecological conversion."

We know that communities of color are far more likely to live adjacent to a landfill, incinerator or coal-fired power plant than white Americans. They are also disproportionately impacted by polluting emissions that damage the earth and contaminate our bodies, causing asthma, lung cancer and other respiratory illnesses. As Pope Francis reminded us, the relationship between the environment and justice for the poor is inseparable.

In Louisiana, there is an 85-mile stretch between Baton Rouge and New Orleans, known as "cancer alley." It’s is home to more than 150 oil refineries, and scores of poor residents with inexplicable illnesses.

It’s no coincidence that Louisiana has the highest concentration of oil, natural gas and petrochemical facilities in the Western Hemisphere, and is also the third-poorest state in the U.S. This is just one example of many where our nation's poorest residents are the most at risk.

At its core, environmental justice is about preserving life, and faith leaders have a unique responsibility to promote sustainable development and to encourage a thriving culture of life that protects human dignity.

The toxic pollution released from coal-fired plants and the chemicals spewing into rivers and oceans present especially grave risks for life in the womb, young children and the elderly. The costs of delay and politics as usual are unacceptable.

As Pope Francis reminded us one year ago, "A healthy politics is sorely needed." Therefore, we are urging elected officials across the country as well as the presumptive presidential nominees of both parties to reflect on the pope’s climate challenge in Laudato Si' and to take action.

Every community and every person deserves clean air and clean water. The absence of either is unconscionable.

[Rev. Jennifer Butler is CEO of Faith in Public Life. Aaron Mair is president of the Sierra Club.]

World | Laudato Si': Putting faith on the frontline of the climate justice fight