His strong heart: In memory of my friend Jake 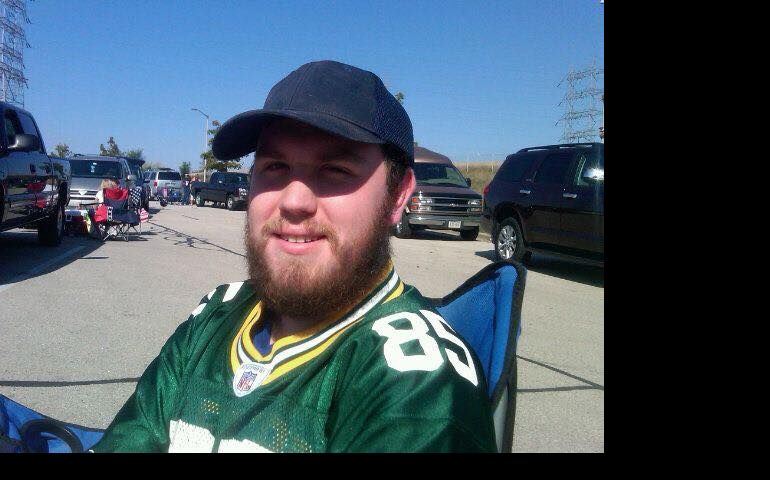 Here's an interesting exercise: think of the people you admire most and consider the consistent qualities they share. Maybe each of them has offered the world a similar style of service. Perhaps they all play for the Cleveland Browns. They might all carry a certain je ne sais quoi that defies definition.

The thread that ties my heroes together is their persistence. There is something that gets me about people who refuse to give up, even in the most ridiculous and irredeemable circumstances. They keep knocking when the door has been slammed shut, and when that fails, they climb through a window or enter via a back alley. It is not that they are uncooperative, argumentative, or deliberately obstinate. Their devotion is simply that fierce and wholehearted.

It is probably true that anyone we laud as a hero has some version of this characteristic. St. Joan of Arc did and so did Nelson Mandela. If soap operas are your thing, you could probably even argue that Susan Lucci does.

Lately, I have been thinking about a person I knew nearly all my life who had this attribute without my even realizing it.

Jake was the son of the man who introduced my parents. Every New Year's Eve, he, his brother Jimmy, their parents, my family, and another family would gather at one of our houses to ring in another circle around the sun. While the adults drank libations and reminisced about their time as students at Marquette University, the kids played a game that involved passing what we thought were abusive notes about each other via a laundry chute. Sample: "Melissa and Keegan want to kiss each other."

A diehard Green Bay Packers and Milwaukee Brewers fan, Jake loved video, card and board games and played all three with an almost ruthless glee, beating his opponents close to 100 percent of the time. His life was not without its challenges, though. Jake suffered from cerebral palsy, which limited the use of one of his hands, caused him to limp and resulted in a number of surgeries over the years.

He never allowed any of this to deter him. Jake went through the long, rigorous process of becoming an Eagle Scout. After checking that off his list, he began practicing taekwondo and eventually earned a black belt. Each summer, he swam, tubed and played yard games at his family cottage. In short, he was a regular kid, albeit an accomplished and active one.

Several weeks ago, Jake suddenly and unexpectedly passed away. It was tragic and unfair for all the reasons it is when a young person dies. He was only 26 and had recently finished college and begun a career in the insurance industry. Having persevered through all he had with his medical condition, it also seemed extraordinarily unjust that his life should end when he had so many exciting opportunities before him.

And yet, as his family, friends and loved ones grappled with his loss and paid tribute to his memory, it was hard not to feel that he had made the very most of his brief time on Earth, that he had, as Edward Kennedy said in his eulogy of his brother Robert, "loved life completely and lived it intensely."

Of course, it never felt that poetic or profound when we were growing up. He was simply a good family friend, a kid who loved football, Sega Genesis and cribbage. Though I now see his achievements and tenacity in pursuing them through a lens of courage, I seriously doubt Jake ever thought of them that way or ever sought to prove anything to anyone other than himself. He was probably just doing what he loved.

Maybe that is what courage ultimately calls of us. While a sense of duty surely factors in when it comes to heroism, passion might be just as significant an ingredient, if not more so. Abraham Lincoln's quotes on the indispensability of the Union indicate more of a deep-seated belief in the idea than obligation toward it. Similar impulses can be found in the enthusiastic words of Helen Keller, Martin Luther King Jr., Cesar Chavez and Mahatma Gandhi.

Like most of us, Jake never saved a nation or led manual laborers to demand equal rights. But he did fulfill St. Irenaeus' aphorism that "the glory of God is a human being fully alive!" In a world that invites as much apathy, misery and weariness as ours does, that is no small feat.

People who are fully alive make life better and richer for everyone who knows them, and they leave a discernible void when they depart. As my friend and Jake's cousin wrote, "Jake's family will miss his strong heart, his strong will and his loving nature."

May he rest in peace.

[Brian Harper is a communications specialist for the Midwest Jesuits. His writing has been featured in America magazine, the Milwaukee Journal Sentinel, National Catholic Reporter and various other publications. You can find his work at brianharper.net.]

People | His strong heart: In memory of my friend Jake