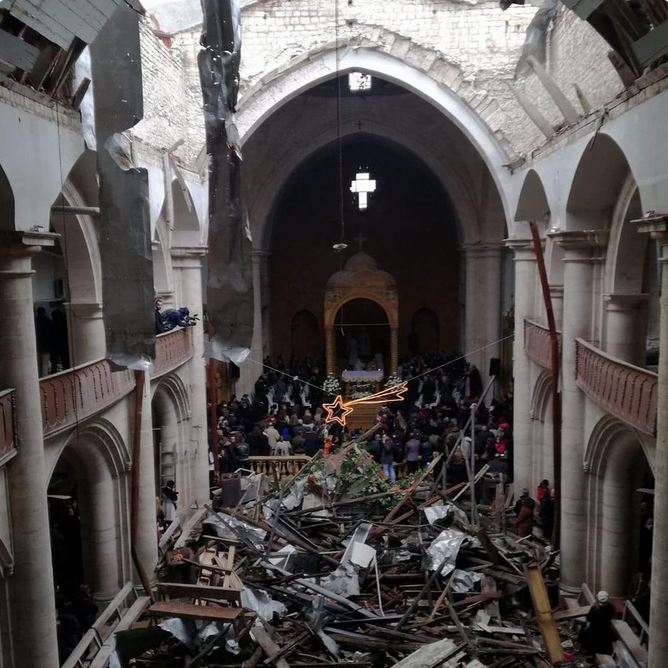 In a recently aired episode of the radio show "This American Life," writer Jack Hitt tells a story about explaining Christmas to his 4-year-old daughter. One day, when she asked him what the holiday was about, he told her about the birth of Jesus, which piqued her curiosity. They bought a children's Bible, and she learned about Jesus's birth and his teachings, including that old-fashioned-sounding phrase, "Do unto others as you would have them do unto you."

One day, they drove past a big church with an enormous crucifix out front. "Who is that?" she asked. Hitt realized he had never told her that part of the story.

"So I had this sort of, 'Yeah, oh, well, that's Jesus. And I forgot to tell you the ending. Yeah, well, he ran afoul of the Roman government,' " Hitt recalls. "This message that he had was so radical and unnerving to the prevailing authorities of the time that they had to kill him. They came to the conclusion that he would have to die. That message was too troublesome."

A few weeks after that Christmas, her preschool was closed for Martin Luther King Jr. Day, so Hitt skipped work and took her out to lunch. At their restaurant table was the arts section of the local newspaper, which featured a huge drawing of Martin Luther King by a local kid.

He tells her King was a preacher who said, "You should treat everybody the same no matter what they look like."

She thought about that for a moment. "Well, that's what Jesus said," she replied.

Hitt says he had never thought of it this way, but yeah, that's pretty much what "Do unto others" is all about.

She thought for another moment, then looked up at her father and said, "Did they kill him, too?"

This story played in my mind all day on Monday, Dec. 26 — the day after Christmas and the Feast of St. Stephen, Christianity's first martyr. Our daughter's new toys were still strewn all over the living room, her bedroom, the hall. Baby Jesus figurines rested peacefully in the half-dozen nativity sets on display around the house. And the church was busy celebrating a young, first-century man who was killed by stoning because of what he believed and did. It's a jarring juxtaposition. Follow the message of love and peace revealed in the manger all the way to the end, and you might end up on a cross or shot dead on a motel balcony.

I've never seen a more powerful image depicting this truth than a photo that was floating around the internet this week: Christmas worshippers crammed in to the front section of the Maronite Catholic cathedral in Aleppo, the large nave of the church totally bombed out behind them.

The word "martyr" means witness, and these Syrian witnesses blow me away. Their everyday lives make them more personally intimate with the story of St. Stephen than most of us ever will be. Yet, confronted by unimaginable violence, they showed up to worship the Prince of Peace together. They showed up. They showed up.

I, on the other hand, rolled my eyes at the music selection at our Christmas Eve Mass. I have been avoiding eye contact with most of the homeless folks I see on the street outside my office lately. Too often, I'm not showing up.

"I'll tell you something," Pope Francis said during his St. Stephen's Day homily. In his customary directness, it felt as if he was speaking right at me and my fellow comfortable Christians: "The number of martyrs today is greater than in the early centuries [of the church]. When we read the history of the early centuries, here in Rome, we read about so much cruelty to Christians. It's happening today too, in even greater numbers."

"Today we want to think of them and be close to them with our affection, our prayer and also our tears," he continued. "The hardships and dangers notwithstanding, they offer courageous witness by belonging to Christ, and they live the Gospel committing themselves in favor of the least, of the most overlooked, doing good to all without distinction. They testify to charity in truth."

Here is some inspiration for a worthwhile New Year's resolution. Belong to Jesus. Live the Gospel. Favor the least and the overlooked. Do good to all without distinction. Draw energy from the courageousness of Martin Luther King Jr., the Aleppo Christians and St. Stephen. In other words: Be a witness, for Christ's sake.