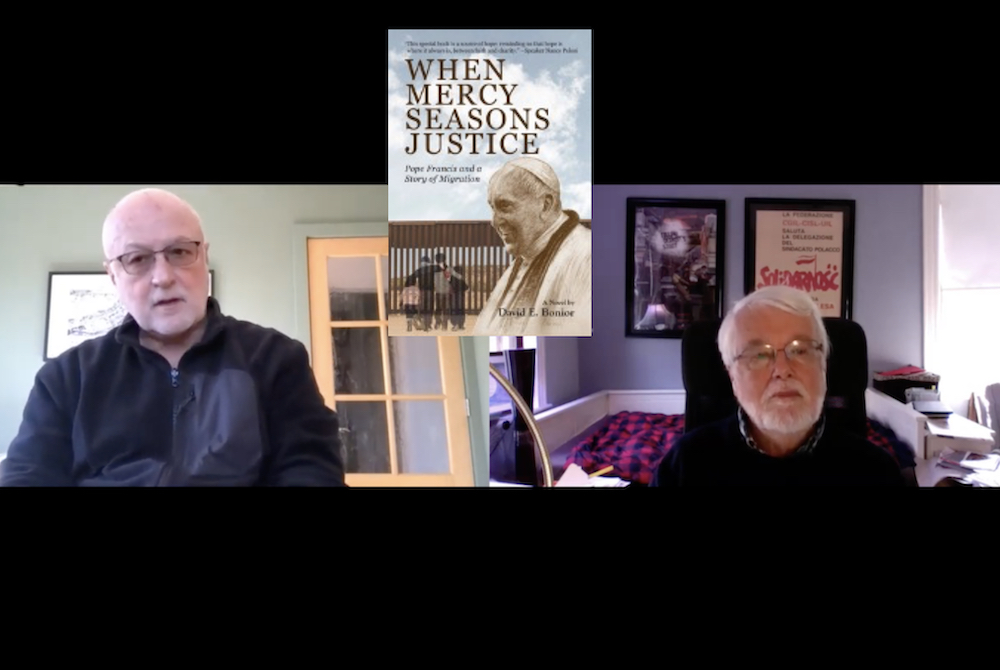 Four years ago this month, David Bonior found himself at a turning point.

Donald Trump was taking over as our 45th president, a development Bonior recalls leaving him "troubled and verging on distraught."

An unusually reflective politician who retired from the U.S. House of Representatives in 2002 after a decade as Democratic whip, he'd already written two memoirs and was struggling to figure out what next.

"I really wanted something," Bonior recalled in a recent interview, even if he wasn't sure exactly what.

Depressed by what he termed Trump's "despair, deceit and boastfulness," he decided to learn more about someone he saw as embodying "hope, honesty and humility."

That pursuit began with Austen Ivereigh's biography of Pope Francis, The Great Reformer.

In Francis, Bonior said he discovered someone "I could look up to, I could feel pride in, whose values I embraced."

The author also found in the pope the core of a story that would draw on two important dimensions of his own story: work on behalf of Central America while in Congress and distress at the church's failure to include women as full partners in leadership.

The novel that resulted, When Mercy Seasons Justice: Pope Francis and a Story of Migration, puts the reader on the road with a Honduran family fleeing extreme violence, and inside the Vatican with a pope determined to overhaul the church in ways perhaps likely only in the author's dreams.

But it's a dream worth shooting for, complete with a new group of cardinals that includes two American women quite familiar to NCR readers and an African American bishop, Wilton Gregory, who got his red biretta IRL (in real life) as well as in the book.

Bonior, by the way, is an NCR board member and is contributing the book's proceeds to NCR's EarthBeat and Global Sisters Report.

As he points out in the book's "note on sourcing" (which I recommend reading first), "Writing a novel with Pope Francis as a lead character calls upon the writer to take some leaps of imagination."

As with historical fiction, this fictional account of current events includes a mix of real and imagined characters and dialogue that can be confusing without consulting the source notes.

The heart of the story opens in the Honduran capital of Tegucigalpa, where Maria Elena Gonzalez sets off with her four children on a treacherous 1,200-mile trek north.

By the time Maria Elena encounters Francis in McAllen, Texas, a year after crossing the border, the pope — at that point, spoiler alert, the retired pope — is on his way back home to Argentina. Both of their journeys end with the kind of government and church the author imagines possible, even plausible.

In a line Bonior borrows for his title from Shakespeare's "The Merchant of Venice," it's a world in which mercy seasons justice.

Read this next: Idealism confronts institutional reality in NCR board member's memoir
A version of this story appeared in the Jan 8-21, 2021 print issue under the headline: Making of a novel: A church re-imagined.