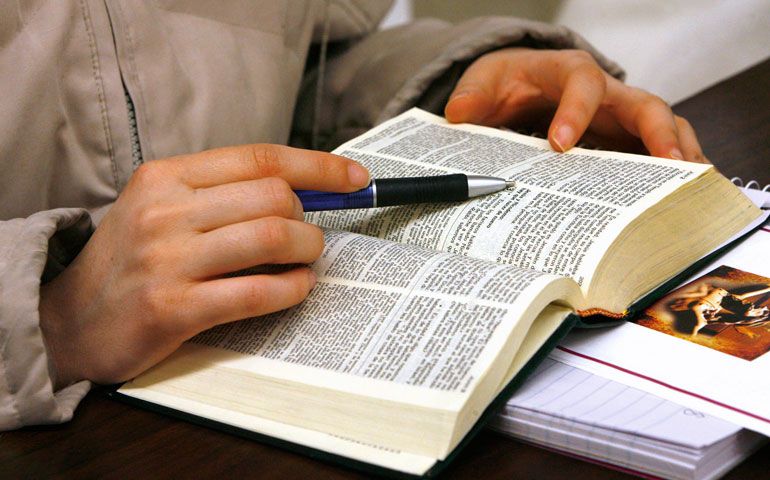 HOW TO READ THE BIBLE
By Harvey Cox
Published by HarperOne, $26.99

Do not be put off by its didactic title. How to Read the Bible is an engaging, inspirational and accessible book by one of America's pre-eminent scholars of religion, Harvey Cox, emeritus professor at Harvard Divinity School and best-known for his groundbreaking book The Secular City, written 50 years ago.

Although chided by friends and colleagues for writing about an "obsolete," "incredible" and "divisive" book, Cox persisted, hoping to narrow the gap between believers in "Bible study" and those whose profession is "biblical studies." In the process, he aims to illustrate the importance of the Bible in shaping both Western culture and the understanding of the identity of God and humanity.

The bulk of this volume is dedicated to an examination of particular sections of the Bible and how to understand their origins, their authors and their intended readers. Using the tools of textual analysis, comparative study, archaeology and historical critique, Cox asks when these books were compiled, by whom, with what purpose, what they meant at that time, and what they mean now.

He sets out three stages of a reader's relationship to the Bible -- the narrative, the historical and the spiritual, each being necessary for full engagement with the text. Cox makes this discussion accessible to the nonspecialist by demonstrating each of these stages in his own life.

His early orientation as a child was to see the Bible as a book of stories of heroism and conflict. As a seminary student, he was catapulted into the world of biblical studies, which he calls the historical approach to the Bible, in which one locates the text in history and determines its literary form and intended audience.

Later in life, he was able to transition to what he calls the spiritual stage, that is, understanding the Bible as a long conversation with the text itself. What is required here is a leap of imagination in which the reader puts herself in the story and wrestles with God within that context.

Only when the Bible is engaged as a dialogue does it become a living document, and only then can it be a "sacred icon" that enriches and transform lives. Although Cox does not use the term, this stage is analogous to Lectio Divina.

Cox is quick to point out that each stage has its hazards. In the narrative stage, the text is often interpreted literally. In the historical stage, the text is frequently objectified, eliciting little emotional or personal engagement. In the spiritual stage, the experience can be understood as totally inward and solipsistic.

At the core of the book is Cox's close examination of multiple books of the Bible: Genesis, Exodus, Joshua, Job, the Prophets, the Gospels, Paul's letters, and Revelation. In each, Cox applies a variety of forms of biblical criticism in order to illuminate understanding. For example:

Cox clearly sees merit in biblical studies, which expose the peril of applying a literal interpretation of the Bible to knotty contemporary problems. He asks how the worldview of an ancient culture can possibly offer guidance to the 21st century.

To reject a literal understanding of the Bible, however, is not to reject the wisdom found within its 66 books. The Bible offers "timeless truths" that will only live if readers engage them in dialogue. How to Read the Bible, the work of an American Baptist scholar, will encourage and show a Catholic readership how to continue the conversation.

Author offers insight into 'the why of my body'