Book exposes strategy of the superrich 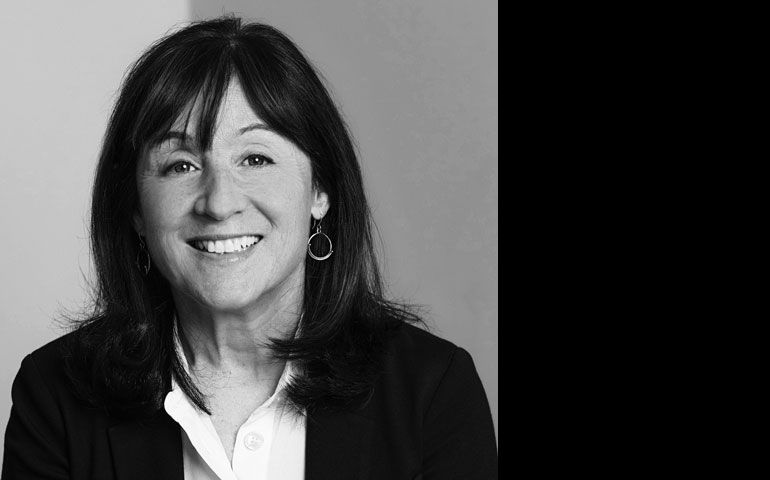 DARK MONEY: THE HIDDEN HISTORY OF THE BILLIONAIRES BEHIND THE RISE OF THE RADICAL RIGHT
By Jane Mayer
Published by Doubleday, 464 pages, $29.95

When The Catholic University of America in 2013 accepted a million-dollar gift from a foundation affiliated with Charles and David Koch, 50 leaders at other American Catholic colleges and universities signed a letter pointing out the gulf between Catholic social teaching and the Koch brothers' ambitions and actions. Jane Mayer's Dark Money makes clear that the dangers that worried these leaders run deep, derive from a broader strategy than was widely known at that time, and pose great risks, not only to Catholic University's mission, but to the nation itself.

Mayer traces the deliberate, often concerted, and largely successful efforts of enormously wealthy and conservative families to reshape the American political, economic and cultural landscape to further enrich themselves at the expense of the poor, working and middle classes.

Many of these families can trace their roots back to the founders of the John Birch Society and other right-wing groups in our nation's past that sought to reserve prerogatives for the privileged. Today, they work through think tanks and political action committees.

Mayer argues that these "superrich" pursued a three-stage strategy to greater wealth and influence.

First, they sought to steer debates about public policies toward their economic interests by establishing very conservative think tanks, such as the Cato Institute, and funding conservative endowed chairs at universities.

This is what raised concerns about the Kochs' purposes in donating so much money to Catholic University.

But that donation paled in comparison to the money that poured into such places as George Mason University and Ivy League schools. The universities used these donations to establish institutes and centers that nurture and promote conservative ideology.

Folks in these positions then championed laws and policies that lowered taxes on the rich, weakened regulations on the enterprises that enhanced their wealth, and reduced services for the middle, working and poorer classes.

Next, the superrich funded political organizers and operatives to generate fake-grassroots organizations to turn the ideas championed in the think tanks and universities into legislation.

We all know that the tea party burst onto the scene in time for the 2010 midterm elections, but Mayer points out that Koch-funded organizers had been stimulating such groups for years before, and even used the tea party label in a handful of failed efforts to create popular organizations.

With FOX News' vigorous promotion and the Koch brothers' funds, the tea party took off. The tea party took the deep popular resentment against economic and political elites in the wake of the 2008 economic collapse and channeled it into attacks on the very regulations designed to keep those elites in check.

Perhaps most significantly, the superrich funded the legal challenges to laws that restricted the use of their vast wealth in elections. Citizens United allowed the affluent to pour money into political races anonymously.

The hundreds of millions of dollars that the superrich pumped into the 2010 election cycle propelled Republicans to control of many state legislatures. These bodies then redrew congressional districts to allow Republican minorities to dominate the U.S. House of Representatives in 2012 and beyond. In Pennsylvania, for example, Democratic candidates for Congress won 51 percent of the votes but earned only five seats, compared to the Republicans' 13 seats.

Finally, economic elites used their newfound influence to control not only the Republican Party, but also the House and Senate. With the help of the radically conservative Supreme Court majority, they "privatized" the federal and state governments in the same way they had privatized the political process.

What Mayer means here is that just as economic elites had effectively marginalized the Republican Party in the selection of its candidates and the positions that they took in the runup to elections, the candidates who became senators and representatives worked against the common good in service to their economic sponsors. They attacked environmental and other regulations that impinged on corporate profits, curtailed worker rights, created special tax reductions for various industries and elites, and threatened to shut down the federal government and cause it to default on its loans.

This is a discouraging story, brightened only by some of the more memorable moments when the huge sums of "dark money" failed to deliver. President Barack Obama's re-election tops the list, as the Kochs' donor network spent $407 million in its failed effort to elect Mitt Romney. Sheldon Adelson spent $150 million of his own money in the same cause.

It is also quite remarkable to see what the death of one Supreme Court justice has done to temporarily -- and perhaps more profoundly should Hilary Clinton win in November -- blunt the superrich's agenda.

Perhaps even more startling have been the recent campaigns for the Republican and Democratic nominations for the presidency. None of the candidates favored by either the superrich, dark-money backers or the fading Republican establishment garnered much support in the primaries. Donald Trump's rise as the "presumptive" Republican nominee has reportedly unsettled the Koch brothers, though Trump is unlikely to push legislation or public policies that challenge the class from which he hails.

On the Democratic side, Vermont Sen. Bernie Sanders ran his campaign essentially in opposition to the developments that Mayer lays out in such detail in Dark Money. Though election laws allow much of the money funding campaigns to remain "dark," the American public is far more aware of the role that it has played in eroding the economic security that the middle class once enjoyed.

Mayer's book goes a long way to shining a light on this pernicious practice, and helps us to understand more fully why institutions such as The Catholic University of America might consider the broad range of implications of accepting money proffered toward these aims.

The courtship of interfaith relations

Four films worth seeing this weekend