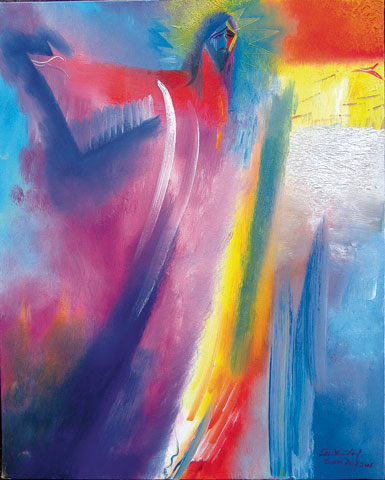 JESUS OF NAZARETH: WHAT HE WANTED, WHO HE WAS
By Gerhard Lohfink
Published by Liturgical Press, $39.95

During the past year, word has spread that the new account of Jesus by widely respected, 79-year-old German New Testament scholar Gerhard Lohfink is a milestone must-read for thoughtful Christians. It is not an easy read, but often beautiful and always demanding our full attention.

I was reminded of Albert Schweitzer's controversial depiction of Jesus, in which Jesus hastened to his death convinced that this would trigger the end time or final judgment. I don't think Lohfink's Jesus expected history to climax with his death, but his vision was eschatological in that he sought to transform history, beginning with his announcement in Mark 1:15: "The time is fulfilled, and the reign of God has come near, repent and hear the good news."

Today our lives still work to fulfill the original plan for which Israel had been chosen but, in its response to Jesus, it resisted: that the kingdom would take root there in Palestine and evolve into a worldwide society of peace and love.

Lohfink structures his study not as a narrative, but more like a documentary film, centered on key questions: the reign of God, discipleship, parables, miracles, the Torah, his last day and Easter events. The author knows that many of his scholarly colleagues have offered answers more radical or skeptical than his. He trusts the historical validity of the earliest Gospel texts, though he concedes, by implication, that the events described did not necessarily happen as described. At Cana, for example, Jesus changed water into wine. But 500-700 liters of wine? The story's point is not the "miracle" but the lavishness of the kingdom.

Lohfink opens not with Luke and Matthew's nativity stories, but with John the Baptizer preaching in the desert. Why no angelic visits to Mary and Joseph, no Bethlehem shepherds or wise men from the East? Because these stories are meant to anticipate later historical events, but are not themselves historical. Lohfink knows that Raymond Brown, in The Birth of the Messiah, suggests that Jesus was born not in Bethlehem but in Nazareth. He wants us to begin where Jesus went public, to confront him as an adult rather than imagine him as a child.

Lohfink consistently underlines Jesus' social, even political, mission. Consider the sermon on the plain: "Blessed are you who are hungry now, for you will be filled." From the first day, Jesus' mission is "about poor, the hungry, the weeping in Israel, with whom Jesus was confronted every day. It is about the hopeless, the oppressed, the despairing among the people of God who followed Jesus."

Early every morning in Manhattan, I walk the richest streets of the wealthiest city in the world. There at my feet are invisible bodies wrapped in blankets and rags. They're huddled in doorways next to shopping carts crammed with all their earthly possessions, men barely alive, men with no pasts and no futures. So little has changed.

Why did Jesus offer so many parables about growing? Lohfink contends it's because they reflect what Jesus was learning about the slow growth of God's reign. The apocalypticists had become convinced that the world was so depraved that God would have to destroy the old world and create a new one. But Jesus held, in spite of the superior power of its opponents, and of its "shockingly minute and hidden character," that the reign's growth was unstoppable -- like the mustard seed, the leaven. Lohfink calls this a silent revolution. "Growing things make no noise."

Lohfink breaks with the mainstream biblical scholarship that analyzes miracles as nature miracles, healings, rescues, exorcisms and punishments, etc. He sees them as "deeds of power" not "events contrary to nature." The healings -- which he has no reason to question -- result from a combination of God's grace and human faith. God does not intervene directly in the world, he says. Each person has powers of self-healing, but they require the right circumstances, including a healer, to set them in motion. Lohfink does not attribute diabolical possession to a personal spirit named Satan who occupies one and makes him curse and kill, but he does point to times in history where the phenomena of guilt, self-betrayal, lies, egoism, recklessness, meanness and heartlessness of society underlie a crisis in the culture.

Central to Lohfink's presentation is Jesus' relationship to the Old Testament, particularly the Torah, which precedes and surpasses the kings and Israel's wars. Israel is not meant to be a state but a "holy people of sisters and brothers." Jesus took the sword from Peter's hand and preferred being a victim to using violence.

Lohfink portrays Jesus as a "genius," even a political genius, because, with his knowledge of history and wisdom, he is able to take the heart of the Torah and allow something new to emerge from what "had already been known and hoped for."

The reader's attention peaks as Jesus faces death. He does not call himself the messiah, nor does he silence the crowds who so proclaim him. Unlike some historians, Lohfink insists on the historicity of the Last Supper, here the Passover meal, celebrated with Jesus' new family. At table, Jesus, following Mark's account, takes bread and "interprets the broken bread" handed to his companions with "This is my body." This "sign-action" means: "My life will be broken like this bread." Later he "interprets" the wine as his blood, rather than say this bread and wine were "changed."

The Easter appearances have been validated not by the evidence of the empty tomb but rather by the unconscious sensing of the disciples, beginning with Peter. Lohfink says that God uses the imaginative power of the human to reveal God's self in the midst of history. Theologically, the appearances are of the really Risen One, but psychologically, they are constructed by the disciples' imagination. On Pentecost we are asked to put aside the wind and tongues of fire and the disciples speaking different languages and replace them with the "speaking of tongues" that formed them into a community in an experience of the Spirit.

The reader closes this book himself struck by the Spirit in whom this Jesus keeps working on the -- some would say -- now shrinking, endangered community he left behind.

There still may be hope.

A version of this story appeared in the Sept 27-Oct 10, 2013 print issue under the headline: Jesus and human imagination.