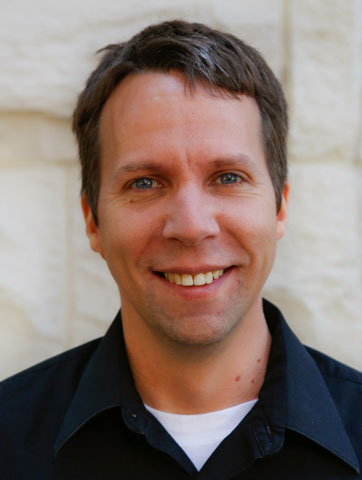 It's rare that the resignation of an entire board of directors is a good sign for an organization. For Call to Action (CTA), the recent resignation of the board was not only intentional, it was an attempt to signify an new era of justice for a group whose central platform is seeking reform in the Roman Catholic church.

For decades, CTA has been challenging church leaders, as well as the laity, to act for justice and build inclusive communities. But several years ago, after a thorough self-study, the organization realized that it needed to make the same demands of accountability for itself as it had been making for the church.

"In 2010, CTA adopted a strategic plan that called the organization to reform its own structures and practices to be consistent with the organization's values of transparency, inclusion, antiracism and anti-oppression," said Jim FitzGerald, CTA's executive director.

Within a year, the board formed a committee to make recommendations on updating its governance structure. The committee was made up of members from each of CTA's five leadership groups: the national staff, the 20/30 young adults group, the antiracism team, the national board of directors, and representatives from local chapters.

During a multiyear process, the committee drafted a proposal for a new form of leadership. In the end, it concluded that the board of directors should be replaced by a Vision Council, in which members would serve as ambassadors for Call to Action's mission, provide overall vision and direction for the organization, and ensure financial resources to advance its core values and strategic initiatives.

"It really is a cutting-edge model of governance and leadership that utilizes consensus-building and leadership constituencies rather than hierarchical decision-making," said Ryan Hoffmann, CTA's director of communications.

Though the Vision Council formally took effect June 1, it is still an ongoing process. When the council's development is complete, it will have 15 members, six of whom are from CTA's leadership groups. These first six have appointed five additional members. These appointments are intended to elevate leaders who are not located within a CTA leadership group and maintain a balance of identities, talents and skill sets among council members.

Among these five members are some individuals who have served previously on the CTA board, a decision, FitzGerald says, that was made to ensure that the council still retained some institutional memory.

The four remaining members will come from CTA's community at large. The selection of these members will require a new kind of process, which is currently being developed. FitzGerald will serve on the council ex officio.

Call to Action's annual conference in Milwaukee is scheduled for Nov. 6-8 this year, with the theme "Love Radically. Live Faithfully."

The ultimate hope is that the organization's new governing model will continue to dismantle structures that preserve the status quo and it will allow greater participation, transparency and accountability among all of CTA's leadership groups.

FitzGerald said that one of the key goals of the Vision Council is to keep CTA's governing board from being "a self-perpetuating entity."

"Previously, the board tended to replace themselves with people who looked and acted like they did," he noted. "We had to bring to the governing body the marginalized voices in the church and in our own organization. The Vision Council is a giant step toward making that a reality."

Kate Ward, a former CTA board member who works on the committee that is developing the Vision Council, said that this new process endeavors to "build structures that ensure a broad range of voices in leadership."

The council, she said, will "work with an eye on the mission and vision of CTA, rather than thinking of themselves as a typical nonprofit board."

Not unlike the institutional church, the previous model of CTA's board was structured as a top-down, hierarchical system, with its members having final say over all decisions.

"This is an attempt to let those who traditionally have power let go of their power," FitzGerald said. "We're walking the walk that we've asked the institutional church to walk."

From its first round of discernment, the board found that the Vision Council quickly attracted diverse members. People of color; people from the lesbian, gay, bisexual and transgender community; and women were the first to surface and fill the initial six seats.

Lui Francesco Matsuo, an Asian trans man in his early 20s, is among one of those who is serving on the new council.

For him, the vision council is not only a creative corrective to the hierarchical system, it offers a new model of leadership that could be of great value to the future of the church.

"I enjoy being part of a team where I can fully embrace and act out the loving message of 'Take this all of you,' " he said.

"It is a table, where all are welcomed, new or old, young or seasoned, educated or simple," Matsuo continued. "And those of us who are on the margins are invited to come and speak, because our voices are the ones that need to be lifted up."

[Jamie L. Manson is a columnist and the books editor at NCR.]

A version of this story appeared in the Oct 23-Nov 5, 2015 print issue under the headline: Call to Action creates new Vision Council.