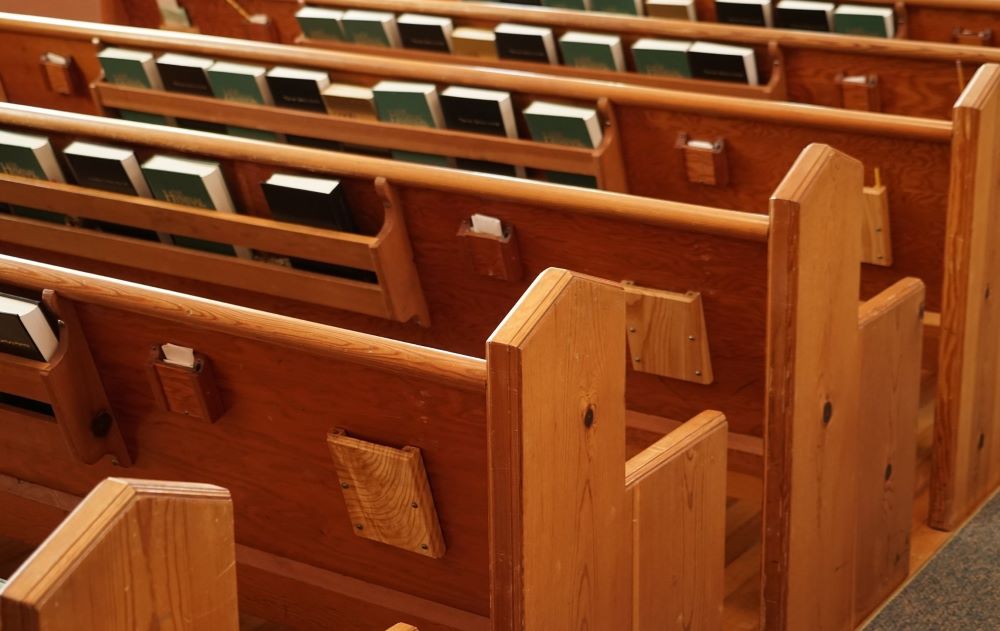 It was coincidental that the two books came into my view almost simultaneously, but there is nothing accidental about the dire warnings of two longtime observers and practitioners: organized religion in the United States faces several existential threats. 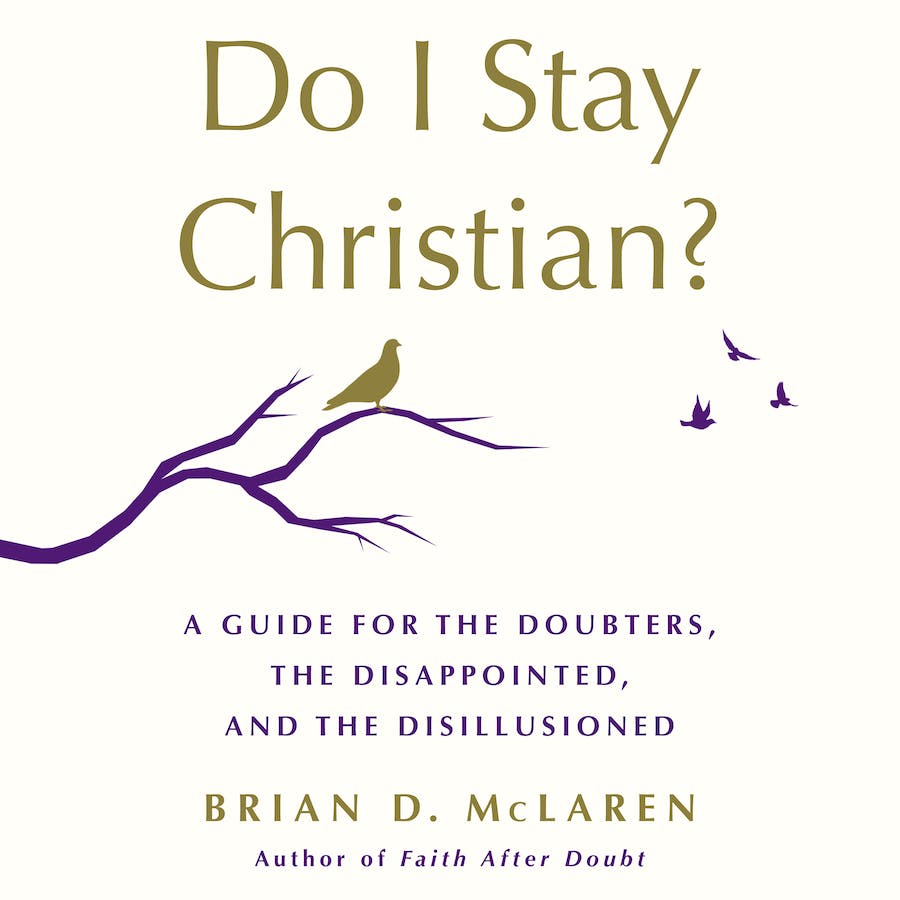 Do I Stay Christian? : A Guide for the Doubters, the Disappointed, and the Disillusioned
Brian D. McClaren
272 pages; Macmillan
$27.99

In Do I Stay Christian? A Guide for the Doubters, the Disappointed, and the Disillusioned, Brian D. McClaren, noted writer and former evangelical pastor, spends the first section of his book answering "no" to the question; a second segment reasoning why those who entertain the question should answer a highly nuanced "yes"; and a third outlining a mostly non-institutional path forward.

Religion journalist Bob Smietana's Reorganized Religion: The Reshaping of the American Church and Why It Matters takes a more reportorial approach to the changing demographics and other forces within and beyond the boundaries of Protestant congregations large and small that threaten the very existence of religion in the United States. It is also, in some measure, an account of Smietana's personal journey and his stated hope that churches remain a vital component of U.S. culture. 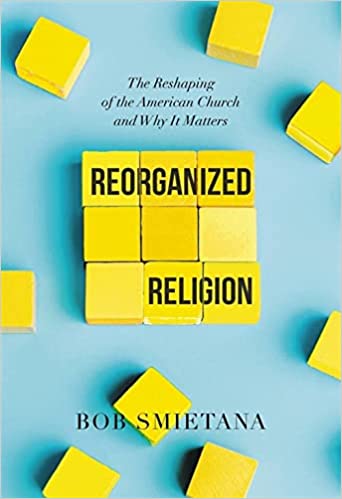 Reorganized Religion: The Reshaping of the American Church and Why It Matters
Bob Smietana
256 pages; Worthy
$27.00

Both books describe the ecclesial equivalent of climate change. The data, the surveys, the spreadsheets and the endless stream of anecdotes have been out there for decades. The damning history, though more often than not glossed over or ignored, has been available all along to anyone interested. The forces at work have been evident for a very long time. Like a melting glacier, the evidence can remain largely out of sight and seem inconsequential — until it isn't. It can be viewed in discrete bits that may not appear terribly threatening. Taken together, however, the forces become life altering, if not life threatening, to organized religion.

Smietana, a Religion News Service national reporter, and McClaren draw together the data and connect the dots. They surface the inconvenient truths that have become indisputable.

Some threats arise from within the broadly framed community itself. Religious organizations (Catholic hierarchs top the chart in this area) have demonstrated a propensity for egregious corruption. Institutions built by and for white congregations, as Smietana puts it, are of fading relevance in a culture that is turning brown. Generations of regular churchgoers are dying out and being replaced by people with far looser, if any, attachments to civic and ecclesial institutions. And the pandemic has accelerated the speed and effect of changes already underway. 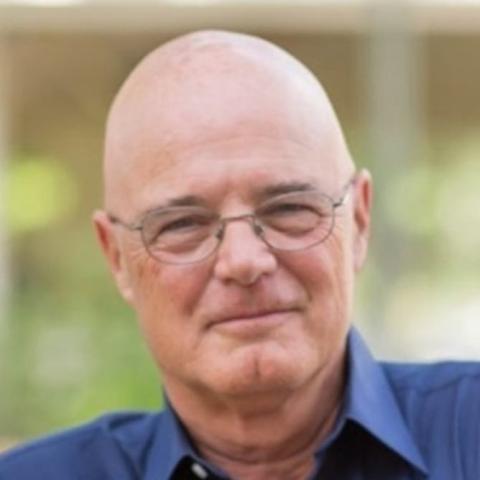 Brian D. McLaren, previously a pastor for 24 years, is now an author, activist, public theologian and guest lecturer. On the faculty of The Living School at the Center for Action and Contemplation, he sees Christianity in the U.S. as a failed project. (Hannah Davis)

McClaren, a post-evangelical, has a close association with Franciscan Fr. Richard Rohr and his Center for Action and Contemplation in Albuquerque, New Mexico. He recounts conversations he's had over decades with evangelical and mainline Protestants who are hanging on by a thread, a fingernail or have one foot out the door of organized religion.

His sympathies lie with those who are exhausted over the U.S. religion project, of what it's become, its hardened divisions, immersion into partisan politics and what he sees as a diminishment of religion into a kind of packaged behavior guide in thrall of a minimized God. In short, he sees Christianity in the U.S. as a failed project.

Although McClaren can imagine Christianity "as a huge ship capable of amazing voyages," he sees it today as unable to move "because its anchor is so heavy that its crew cannot pull it up. By reducing its mysteries to beliefs by codifying these beliefs in systems, and by defining itself by those belief systems, it has rendered itself a paradox: a ship that floats but doesn't sail. For most Christians I encounter today, beliefs are simply what Christianity is."

While not "against beliefs, any more than a scientist is against fact," McClaren's objection is to beliefs — especially without corresponding action — constituting the entirety of the Christian enterprise. He'd free the crew of the immobile craft to go on mission "to follow the life and example of Jesus, teaching others by their example to live by Jesus' spiritual method of radical nondiscriminatory love and courageous truth telling."

It is not difficult to see two sides of a coin in McClaren's analysis. One might nod in agreement with his assessment that Christianity in the United States has become "stuck," largely competing versions of tick lists of beliefs or firmly held “orthodoxies” in service to institutional loyalties of one sort or another.

At the same time, it is evident in the leaps he makes through millennia of some of Christianity's most serious sins — antisemitism, Christian-on-Christian violence, colonialism, white patriarchy and racism, anti-intellectualism, institutionalism — that many of those ills were, in season and in context, someone's version of "courageous truth telling." Reason enough, then, to read through the second half, though the tension between charism and order, descendent from the earliest confrontations between Peter and Paul, may be an institutional inevitability.

It is noteworthy that McClaren more than once cites positive influences found in the Catholic world. Those of his ilk, he writes at one point, "discovered resources in several Catholic orders, especially in the Franciscan, Ignatian, Benedictine, and other traditions of contemplation and action." Suffice to say that although some Catholics today would hold that the church is immutable and that any change verges on the heretical, historically we know that some of the best of the tradition flowed from such radical reformers as he references. 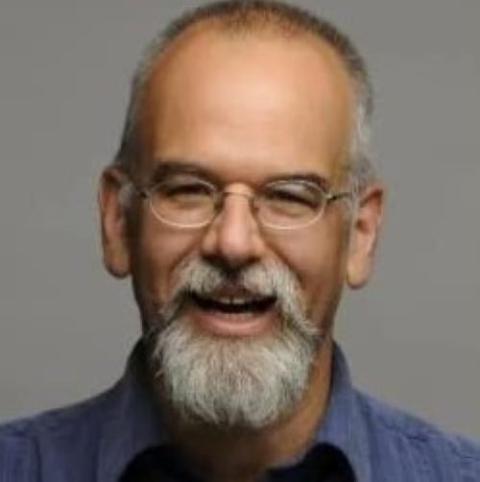 Bob Smietana is an award-winning reporter and Pulitzer grantee with more than two decades of experience covering religion, spirituality and ethics. Previously a senior editor at Christianity Today, Smietana is a national reporter for Religion News Service. (Courtesy of Worthy Publishing)

If McClaren deals in broad sweeps of history and Christianity's tendency to self-aggrandizement while ignoring its deep flaws, Smietana is more tightly focused on the present. He details the hubris of celebrity preachers and its tawdry effects, the corrosive sex and money scandals that have torn at major denominations and deepening political divisions that have bared a sinister racism among some congregations and movements.

"We may have to stop believing the lies we've been told about the past in order to find a new story for the future," he writes.

That sense of search is central to both authors. The answer is also essential, Smietana believes, if the Christian community at large is to attract the next generation who have left both mainline and evangelical congregations because they don't share or believe in the story of the past.

If demography is destiny, Smietana has enough data to depress the most optimistic believer. Church leaders in the past could assume that Christianity would be the dominant religion, that people would always be attending church services and that churches would endure long into the future. That's no longer the case. Among the examples, one illustration tells a great deal: "In 1966, there were more than 3.4 million Episcopalians. By 2019, that number dropped to 1.7 million, even though the population of the United States nearly doubled from 1960 … to 2020."

Smietana also cites membership declines for every other mainline denomination is also cited by Smietana. Not only are young people not showing up, there are fewer of them to potentially fill the pews in mainline churches, where the membership is either aging or having fewer children than previous generations.

More recently, political divisions that have riven civil society with the advent of the Trump era have invaded U.S. sanctuaries. Smietana recounts tales of people leaving former congregations, citing Trumpism and deep disagreements over issues of gender, sexuality and race as the causes. For many, the isolation and separation from in-person services caused by COVID-19 provided the space to reconsider old associations. The pandemic "hastened that decline by interrupting the habit of churchgoing for tens of millions of Americans and revealing the internal conflicts that were bubbling under the surface in many congregations, just waiting to boil over."

Tangentially, it matters, too, that the landscape is shifting perilously for the Catholic community in the United States. Smietana notes that Catholicism, because of its outreach to immigrants, is more diverse than much of Protestantism and consequently has more stable membership numbers. Catholicism's demographic difficulties are of a different sort. If immigrants keep the numbers stable, there is still an outflow of membership at least equal to, if not surpassing, that of mainline Protestantism over recent decades.

And while the Catholic bottom line may appear healthy, its other demographic difficulty lies in the long-term decline in ordained ministers. It has had to deal with its own church mergers and, at a time when some of the Protestant world may be questioning the value of megachurches, Catholicism is building bigger to accommodate the declining number of priests.

What lies ahead is speculative, but it involves change both institutionally and personally. Any change, however, will rest on the foundation that proceeds from an honest assessment of what is. And that assessment is the most valuable contribution by McClaren and Smietana. The inconvenient truths won't disappear because we ignore them.

In the evolution of his own conception of God, McClaren notes that he had to let go of the belief in a God whose purpose was to make life easy, to get beyond his need for that "someone who would answer my questions rather than questioning my answers."

Not a bad starting point for confronting an existential threat.