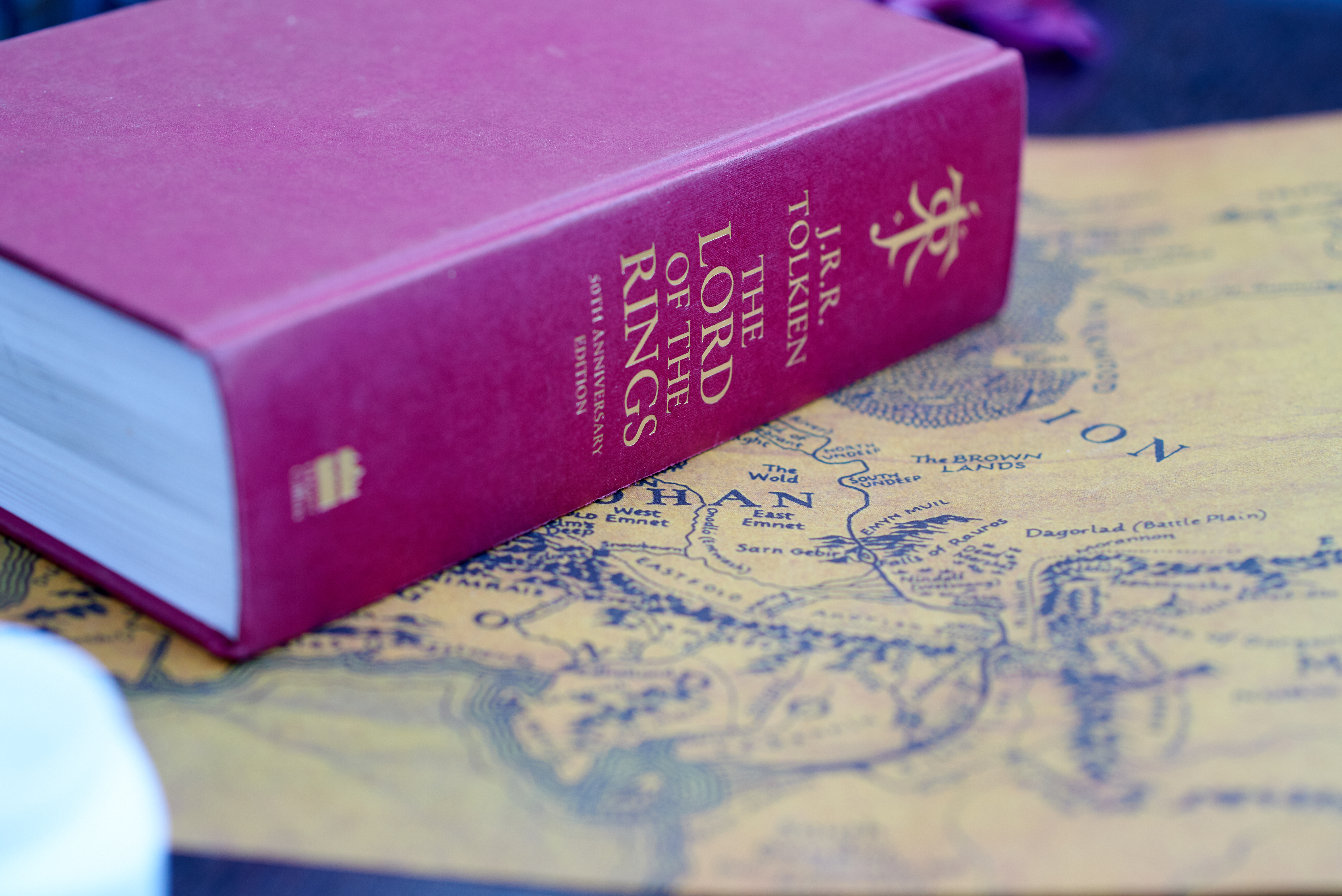 One Ring to rule them all … and in the darkness bind them.

We know the One Ring is inevitable. An older, wiser Galadriel — portrayed by Cate Blanchett in Peter Jackson's 2001 "The Fellowship of the Ring" — tells us so herself in the film's prologue: "The Dark Lord Sauron forged in secret a master ring to control all others. And into this ring he poured his cruelty, his malice and his will to dominate all life.

With the conclusion of Amazon Prime Video's first season of "The Lord of the Rings: The Rings of Power," the forging of that One Ring seems a little ways off. (Three rings down, 17 to go.) But the darkness is certainly creeping in, binding our heroes to choices that will prove pivotal — perhaps fatal — to the future of Middle-earth and beyond as we explore the lesser-known Second Age of J.R.R. Tolkien's fantastical world. (Or, at least Amazon's interpretation. A quick skim through Tolkien's The Silmarillion or Unfinished Tales might reveal similar names and plot points but not quite the same story.)

This first of five seasons, though oddly paced and at times meandering in both plot and dialogue, did bring our cast of characters from a time of uneasy peace to one of impending doom.

It's a far younger Galadriel, played by Morfydd Clark, whose single-minded quest provides the backbone of the show. She is determined to ferret out and destroy Sauron, finally banishing the darkness from  Middle-earth that has caused such pain. Her personal pain, her personal vendetta, guides her mission, convincing her that Sauron remains a threat, though precious few agree with her.

Galadriel's choices — to jump the ship taking her home to Valinor and return to Middle-earth, to call upon Númenór's aid in fighting the orcs, to seek out the healing powers of her fellow elves — though in service of a seemingly greater good, have unforeseen ripple effects. And ripple they do.

We're all Galadriel.  … We may not befriend shipwrecked dark lords, but we know what it is to detect a shadow within ourselves.

Númenórean Queen Regent Míriel's (Cynthia Addai-Robinson) decision to bring her soldiers to the aid of the war-torn Southlands at Galadriel's prompting earn her near blindness and the death of countless Númenóreans.

Young Isildur's (Maxim Baldry) desire to fight alongside his friends and his father result in his apparent death — though, that same 2001 prologue would suggest we've not seen the last of him. Nevertheless, his father, Elendil (Lloyd Owen), sails home to Númenor heartbroken, thinking his son dead.

The elves and dwarves are no closer to trusting one another, despite the diplomacy and friendship of Elrond (Robert Aramayo) and Prince Durin (Owain Arthur). Dwarven King Durin III (Peter Mullan) stymies his people's progress while Elven High King Gil-galad (Benjamin Walker) schemes ways to ensure that of his own. Gil-galad and Elrond, king and subject, have an uneasy working relationship — and Galadriel looms large over it.

"Galadriel was so certain her search should continue," Elrond tells his king, wondering if Sauron really does still pose a threat.

"If it had, she might have inadvertently kept alive the very evil she sought to defeat," Gil-galad replies. "For the same wind that seeks to blow out a fire may also cause it to spread."

And far away from it all wander the harfoots, a type of hobbit. They find themselves in the company of a magical stranger with dangerous powers (Daniel Weyman), who, encouraged by and in the company of young Nori Brandyfoot (Markella Kavenagh), set off on a quest that will have to wait for Season Two.

Ultimately, in the season finale, we begin to glimpse the wicked fruits of Galadriel's actions. Halbrand (Charlie Vickers), the mysterious man who saved her life at sea and whom she believed to be the king of the Southlands — her companion, her friend and perhaps in time something more — revealed himself to be none other than Sauron. Our elven hero had indeed fulfilled Gil-galad's prophecy, keeping her own enemy alive and making him stronger by bringing him into the confidence of the Númenóreans and the elves alike. (Whoops!)

We're all Galadriel. We all walk that same path, though perhaps not in such a magical realm as Middle-earth. We may not befriend shipwrecked dark lords, but we know what it is to detect a shadow within ourselves. We know what it is to give that darkness just a bit too much influence over us, to fail to reign in and transform our more devious parts. We know what it is to find our trust misplaced, to be deceived by those we thought faithful — whether in the form of another person, or simply our past selves, our past decisions.

What I find most compelling about this entanglement of Sauron and Galadriel isn't that she was tricked into doing evil; it's that she was guided in doing good. The rings of power crafted for the elves, infused with dwarven mithril, are the result of a suggestion Sauron himself made to the great elven builder, Lord Celebrimbor (Charles Edwards). These rings, we're told, will sustain the elves, will make it so they can remain in Middle-earth.

Isn't this a good thing? Doesn't the elves' commitment to Middle-earth and its people eventually lead to Sauron's downfall, the inevitable triumph of light over dark?

How, then, to square such evil with such potential for goodness?

I think therein we see a lesson for our own spiritual lives. When directly tempted by Sauron, Galadriel resisted — but not before failing to prevent his return. As far as wins and losses, that's a mixed bag, at best. And as a result, Sauron's influence crept over Galadriel, touched everything she touched. Was she to abandon everything she'd accomplished? Prevent the elven rings from being made? Reassess each decision that had come before, undoubtedly paralyzing herself in the process?

No. She accepts the shadow of the past and accounts for its influence in the future. And so, three rings are made: "One will always corrupt. Two will divide. But with three there is balance."

We, too, must accept the shadows we have unknowingly or unwisely accompanied. We must not let the past haunt us. We adapt, we change, we forge more rings. We can only make the best decisions we can in the present — and keep doing so for as long as we're able.

After all, in the words a grey wizard will speak long after the events of this show conclude: "All we have to decide is what to do with the time that is given us." Let those decisions lead us to the good.