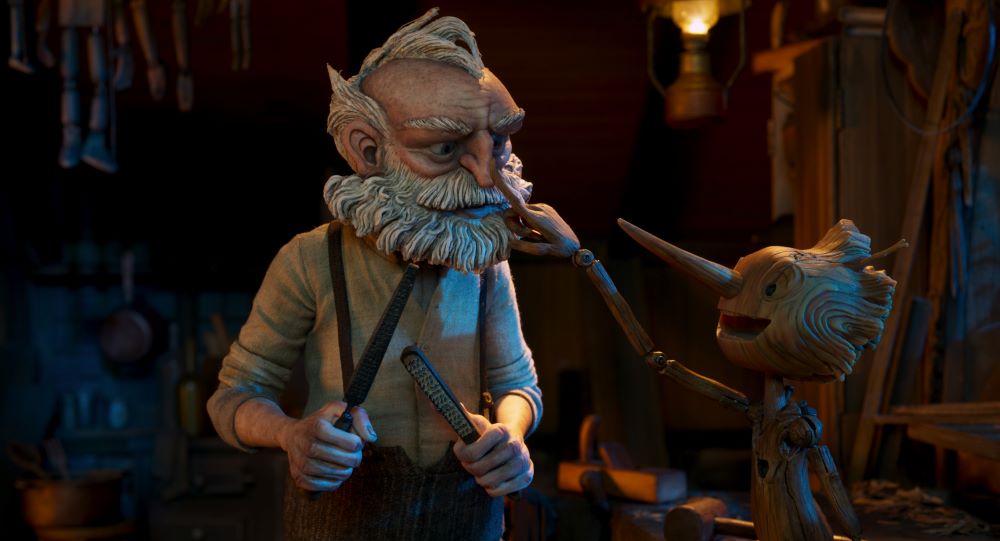 In this animatorial debut, Academy Award winning director Guillermo del Toro unravels the fable of Pinocchio — a delinquent puppet tasked with resolving the loneliness of his craftsman Geppetto — and retells the story as that of an imperfect hero who learns what it means to love. Much of the film unfolds in response to the grief behind Geppetto's isolation, breaking through the weight of paternal expectations and praising the hard work of loving someone for who they are rather than for who they can become.

Pinocchio himself is overly jubilant, naive and mischievously willful. By contrast, Del Toro sets the story in Benito Mussolini's fascist Italy and nuances that harsh reality with unconventional yet mesmerizing details: skeletal characters, striking deaths and enchanting spirits that blur the line between mystical and monstrous.

In doing so, this version of the story goes beyond the conventions of Carlo Collodi's original 1883 text The Adventures of Pinocchio and challenges the glee of the classic 1940 Disney interpretation. With settings in the Italian countryside and the movie's more intimate scenes filmed in the light of sunsets, to watch this movie is to be immersed in an imagery rich play. 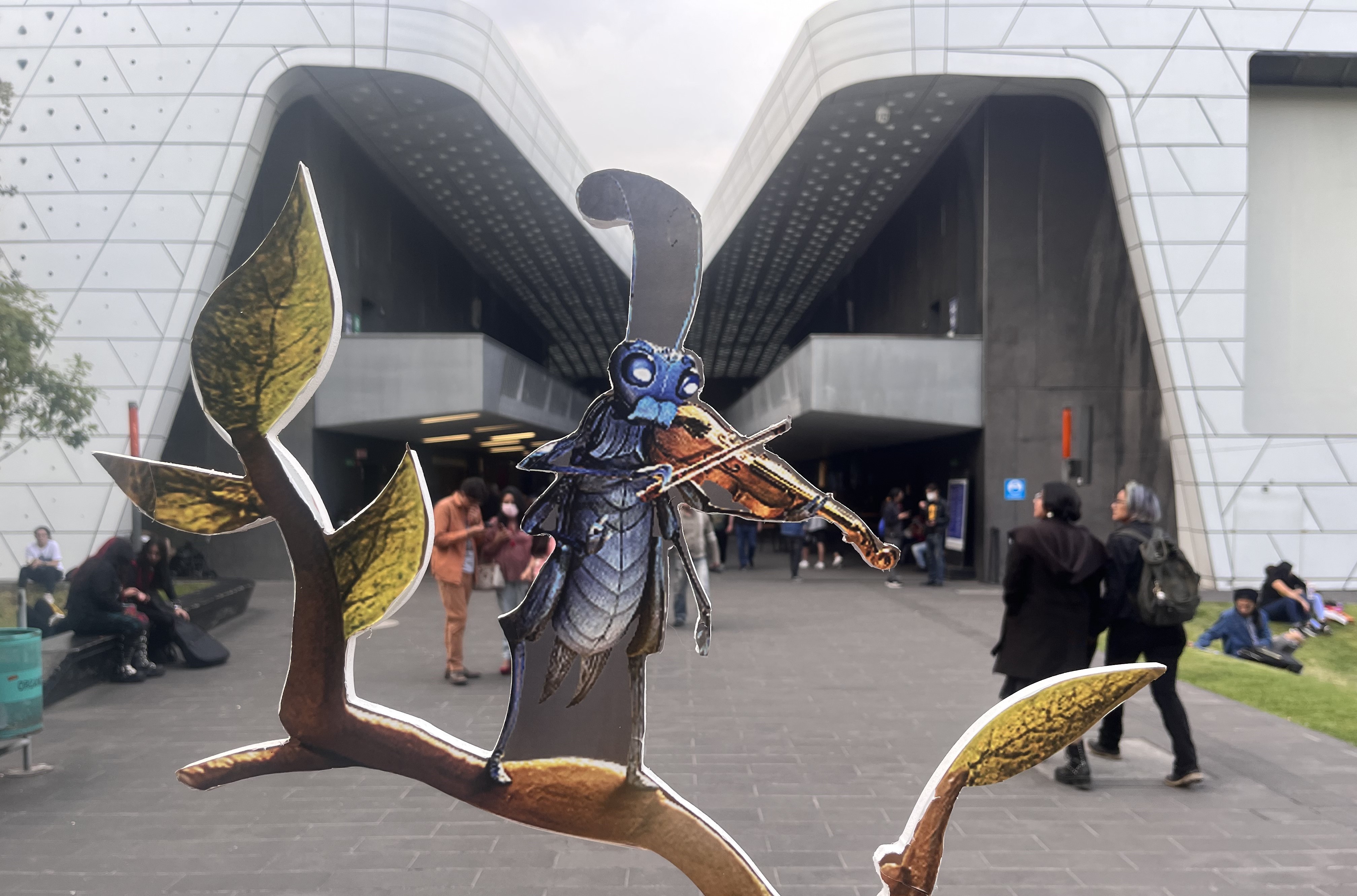 I find something powerful (faithful even) about sharing Pinocchio's story through the use of actual puppets. The movie has its aesthetic foundation in stop-motion animation, which demands movement by movement choreography and intricate yet malleable set designs.

Outside the Cinetca Nacional in Mexico City where I first saw the film, crowds of moviegoers gathered around the puppets and props from the movie on exhibit for the film's premiere. The exhibition quoted Del Toro saying, "Animation is reaching a crucial point that we should boost and recognize. It is a cinematic art form and not only a genre for families. Animation, in my opinion, needs to break that barrier, with more technical and thematic audacity to approach a story in its most artistic form so that it may resonate with us."

Adding to this movie's audacity is its use of existential and theological depth, as if Del Toro were taking notes on the Book of Job ("Why won't you listen to my prayers!" a drunken Geppetto screams early in the film). Elsewhere, Pinocchio questions why the townspeople praise the church's wood-crafted Christ yet sneer at and dread Pinocchio himself. 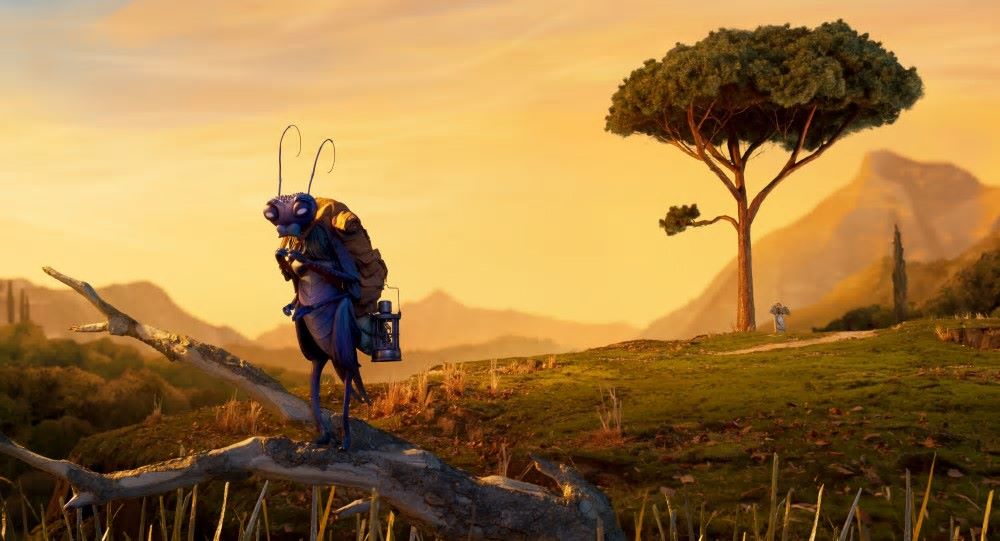 If the Incarnation is the central point of Christian belief, how are we to make sense of the flawed and human expressions of incarnation around us? Whether Del Toro had religious intentions or not, the movie pursues this question alongside those on the nature of miracles, the need for tolerance, undermining "moral" authority and most poignantly, imperfect attempts at love.

I've found myself pondering my work as a pediatric hospital chaplain since watching this movie. Often privileged to see parents confronting intense grief, my heart heaved when Pinocchio’s guardian angel Sebastian J. Cricket narrated, "the world moved on, and Geppetto did not." Other scenes brought me back to the hospital bedside of children with chronic illnesses, as when Pinocchio confided to Sebastian J. Cricket: "When he [Geppetto] called me a burden, his nose didn't grow."

Honest portrayals of imperfect love and that fact that we cannot "fix" grief may have deep pastoral resonance for viewers. Of course, our individual grief stories are complex, but the grief story portrayed in this film honors heartbreak, evolving empathy and growth.

Indeed, I think of all the parents who struggle to accept the realities their children present and the children who try to conform to their parents' dreams and expectations in pursuit of parental love. Del Toro, I think, wants us to feel less alone and less burdened in this all-too-common experience. "Guillermo Del Toro's Pinocchio," in the process, proposes something radical and true: We need not wish to be something we are not — a real boy or otherwise — to discover the love we seek from those around us.

A version of this story appeared in the Feb 3-16, 2023 print issue under the headline: 'Guillermo del Toro's Pinocchio' portrays imperfect, yet honest attempt at love.