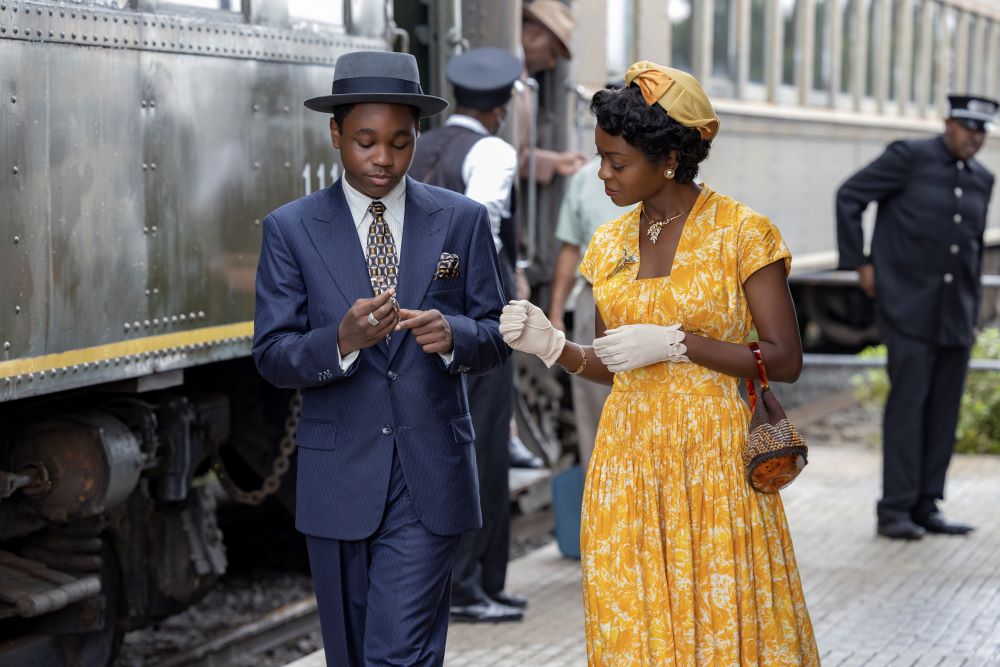 Jalyn Hall portrays Emmett Till and Danielle Deadwyler portrays his mother, Mamie Till, in "Till," directed by Chinonye Chukwu and released by Orion Pictures. Till was murdered in 1955 at age 14. (Lynsey Weatherspoon/Orion Pictures)

The life of Emmett Till ended with a lie.

There have been discrepancies over the decades about what was alleged to have transpired that fateful day in Drew, Mississippi,* when a 14-year-old Black boy crossed paths with a white woman. He whistled at her; he said something slick at her; he assaulted her.

But at the end of the day, it was all a lie. Even before the damning revelation directly from Carolyn Bryant — the white woman in question — would come out about her recanting her allegations while noting that there was "nothing that boy did could ever justify what happened to him," it was always a lie.

There's always been something painfully unremarkable about Till's death that's informed Black people's intuition on the truth of the matter. How many Black boys before and since his murder have we heard of losing their own life after being caught on the wrong side of a white woman's tears? His death and the depraved, perverse pleasure the men who carried out his killing took into maiming Till's body, and their inevitable acquittal read like a retread of current events.

So what was it about Till's death that nearly 70 years after his murder, his name still conjures strong emotions? Accounts of his murder are passed down to each generation of Black children like a dark inheritance. (I myself was just 13 when I was first told this horror story.) Much like the many Black boys who have been robbed of their lives by white supremacy, power has been posthumously given to Till. His spirit has been exhumed and restored to a state of cultural immortality. 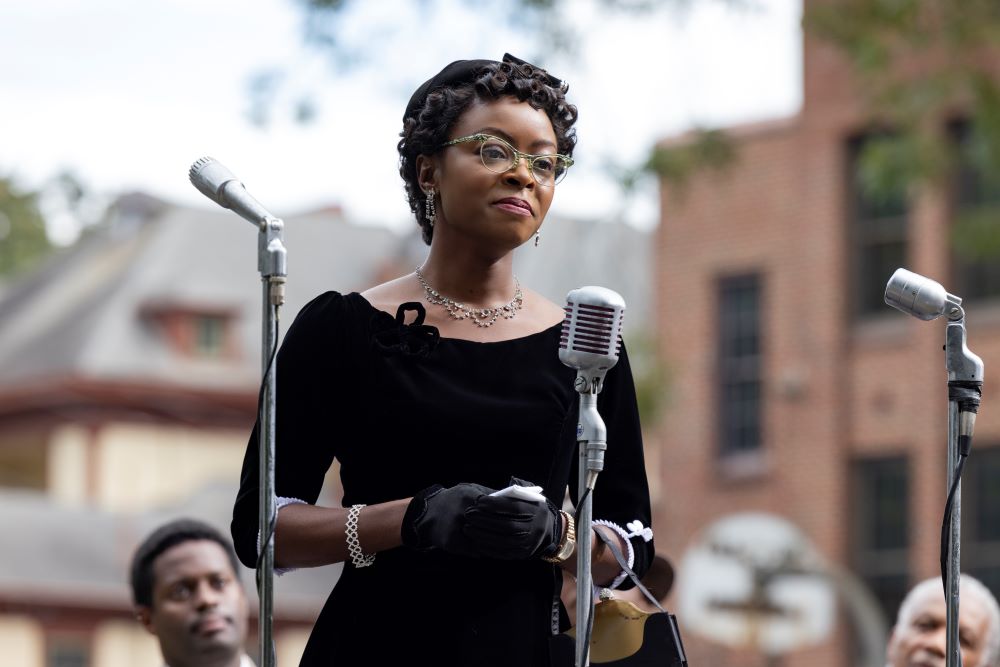 Mamie Till-Mobley, portrayed by Danielle Deadwyler, insisted on an open casket for her murdered son's funeral so people could see what 14-year-old Emmett looked like after being tortured and lynched. (Lynsey Weatherspoon/Orion Pictures)

The recently released film "Till" is the latest in the excavation of the late teen's life, this time from the perspective of his mother, Mamie Till-Mobley (Danielle Deadwyler). who dedicated her life to activism after her son's death. Mamie famously insisted on having an open casket funeral, forcing the world to see what it had done to her son.

"Till" follows Mamie's turn to activism. The role of the mother in the movement has become a vital figure within the post-Black Lives Matter era, as the mothers of state violence victims turn their grief into a journey of being coerced into mining their children's death for moral importance. Mamie's actions, however, were unprecedented.

The film does its best to capture the weight of Mamie's decision, focusing less on the brutality and gore of the events that transpired and more on Mamie's life following the tragic events. There's been continued discourse on the responsibility of artists when depicting the horrors of white supremacy and the line between telling the truth and overindulging in showing the blood and the guts of racism. The recent Netflix series "Monster: The Jeffrey Dahmer story", which depicts the crimes of the infamous serial killer that disproportionately targeted queer Black and brown men, has been heavily criticized with even members of some of the victims' family condemning the series for its glorification of Dahmer.

Broad resistance to depictions of the brutality of white supremacy in the name of Black joy, flattens Blackness in the same way many critics have said endless portrayals of violence does.

Even in our efforts to keep Till's memory alive, we often render him into a mere symbol — static, permanently fixed as inanimate in our collective memory. Till's name has been invoked often as a rhetorical device, used euphemistically to talk about Black boys who have been caught on the wrong side of a white woman's tears. His lynching has been credited with kickstarting what would become the civil rights movement.

Mamie's decision to have an open casket was a reminder to the world that there was a life that used to animate her son's body. Before his head had been beaten and swollen beyond recognition, there was a shy boyish smile that used to stretch across Till's face. He was a 14-year-old who loved and was loved. Emmett was no martyr. He was Mamie's son.

*This story has been updated to correct the place where Emmett Till was killed.

A version of this story appeared in the Nov 25-Dec 8, 2022 print issue under the headline: New movie celebrates Emmett Till.