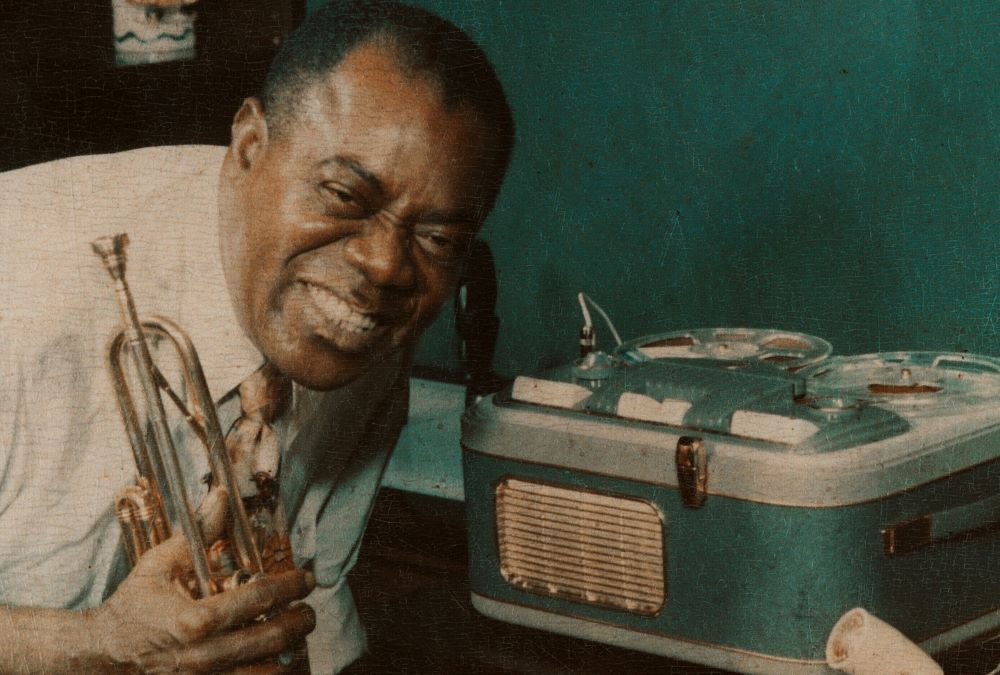 Charming yet uneven, lively yet undisciplined, the documentary is streaming on Apple TV+. Perhaps best known as the creative director of the culture site Mass Appeal, Black artist Sacha Jenkins directs the film which is executive produced by high-profile filmmakers and longtime partners Ron Howard and Brian Grazer.

Armstrong's performance of the Fats Waller standard "Black and Blue" on "The David Frost Show" frames the documentary's themes. Having first performed the song as a member of the pit band for Waller's 1929 all-Black Broadway revue "Hot Chocolates," Armstrong significantly altered the lyrics by Harry Brooks and Andy Razaf when he performed it, most notably with his All Stars' touring band in the 1940s and 1950s.

In the original rendition by Edith Wilson, the protagonist, waking up in a "cold empty bed," grieves her fate as a dark-skinned woman rejected because "my skin is my only sin."

'His feelings were perpetually hurt by the nation and the injustice that he knew as a boy.'
— Wynton Marsalis

Highlighting Satchmo's preternatural gift as an instrumentalist marked by his piercing high Cs and his soulfully craggy and unmistakable vocals, Armstrong's interpretation transforms the tune into one reflecting Black people's plight.

Thinking about the performance's meaning, viewers will also appreciate what Marsalis says about Armstrong: "his feelings were perpetually hurt by the nation and the injustice that he knew as a boy."

Armstrong's complex attitudes toward and relationships with the nation and his own people also inform the filmmakers' depiction of him. Jenkins well employs the personal recordings Armstrong made and the letters and articles he wrote from the study of the Queens' home he shared with his fourth wife, Lucille. The recordings particularly reveal another side to the performer his admiring public rarely witnessed.

"He wouldn't come out publicly," Lucille says, " but "at home he had his own opinions," which Satchmo expressed angrily, peppered with coarse epithets.

"Louis Armstrong's Black & Blues" is at its most enthralling describing his formative New Orleans years.

At 11, Armstrong was arrested for firing a gun during a New Year's celebration and was sent to the city's Colored Waif's Home for Boys. In charming archival clips, the home's director, Manuela Jones, proudly displays Armstrong's first cornet. And appearing with his protégé on "The Tonight Show Starring Steve Allen" the orphanage's musical director, Peter Davis, discusses teaching him to play the instrument, which, though shorter and wider, resembles the trumpet. (Armstrong wouldn't begin playing the instrument with which he was identified until 1926.) 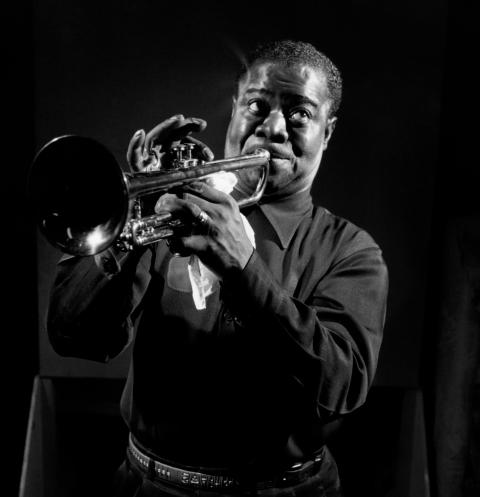 After Oliver decides to start his Creole Jazz Band in Chicago, Armstrong follows him in 1922, propelling Satchmo's fabled career.

The filmmakers, however, are more interested in the man than the artist: in his attitudes and opinions and the strong reaction he provoked from his detractors.

One of the documentary's more revealing segments reflects upon the musician's views toward "The Star-Spangled Banner," which he regularly performed at his concerts. "I was taught," Armstrong says "to play that tune with every spark I had in my soul."

Jazz historian Ricky Riccardi observes that Armstrong felt "pride and tremendous amount of hurt every time he played it." From Marsalis' perspective, viscerally conscious of America's slavery experience, Satchmo was "trying to lead the country toward its higher ideals."

In that spirit, touring Europe and Africa with his band, Armstrong became, in late journalist Edward R. Murrow's words, "the prime minister of jazz." Catholics will particularly appreciate the story of baptized Catholic Armstrong's audience with Pope Paul VI on Feb. 9, 1968. When the pontiff asked the trumpeter if he had children, he reputedly said, "No, daddy; we're still working on that."

Armstrong, despite his prominence and popularity, endured the sting of countless racist slights. He says he played at "99 million hotels I couldn't stay at." Eventually compelling these establishments not to discriminate against him contractually, Satchmo was proud to declare that he was "the first Negro in the business to crack those white hotels."

Pushed to do more to support the civil rights movement, Armstrong was reluctant to become involved, with one notable exception — the case of the Little Rock Nine. 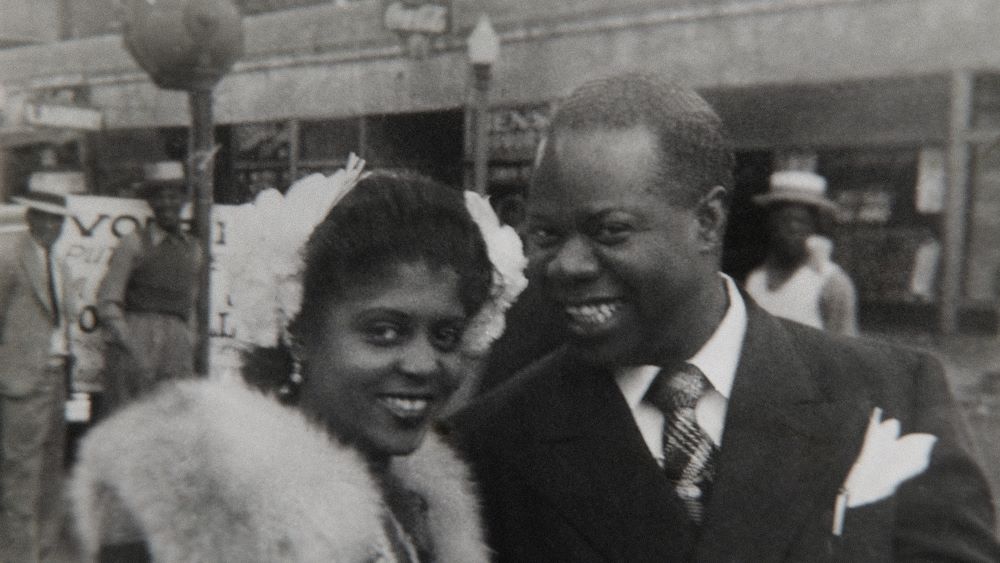 Democrat Gov. Orval Faubus ordered the state's national guard to block the students' entry. Also met by a mob of white protestors, the students weren't allowed to enroll in Central until President Dwight Eisenhower sent in federal troops to ensure the youth's admittance on Sept. 23, 1957.

Commenting upon the Eisenhower administration's three weeks of inaction, Pops said, "Ike and the government can go to hell." And he said Arkansas' governor was "just an ignorant plow boy."

The documentarians finally most pointedly address this ongoing debate — was Armstrong an Uncle Tom? To raise the question, they underscore a 1949 incident in Pops' hometown. Armstrong was honored to return to New Orleans to serve as King of the Zulus, the only all-Black Mardi Gras Krewe, who dispense trinkets and beads to paradegoers from parade floats.

To fulfill the role, Armstrong wore black face, which to many, according to Marsalis, "became a crime."

The documentarians merit credit for highlighting the late Black actor and activist Ossie Davis' nuanced defense of Satchmo. Observing his "A Man Called Adam" (1966) film castmate in a reflective moment, Davis says he saw "the saddest, most heart-broken expression I've seen on a man's face. It was my father, my uncle, myself down through the generations."

The generational divide explains the criticisms directed at Armstrong's putative subservient disposition. However, the filmmakers should have also emphasized the artistic and philosophical split between him and a new wave of beebop artists such as Dizzy Gillespie and Thelonious Monk.

Pops' mugging for the crowd — wiping his brow with his handkerchief and grinning — appalled the upstarts, and they also believed Armstrong's swing style had become irrelevant.

For his part, as the late Terry Teachout writes in his acclaimed biography Pops, Armstrong felt the boppers' "uncompromising" approach was "threatening the public's acceptance of jazz."

The filmmakers also make a serious error when they gloss over the most crucial artistic development in Satchmo's life: the records he made with his Hot Five Band with Okeh Records in Chicago and New York in 1925-28. These records, Teachout writes, made Armstrong "a pop star."

Flitting quickly from topic to topic, the film isn't always coherent. "Louis Armstrong's Black & Blues" may be fitfully engaging, but it gives viewers the chance to accompany one of America's more indispensable and original artists.