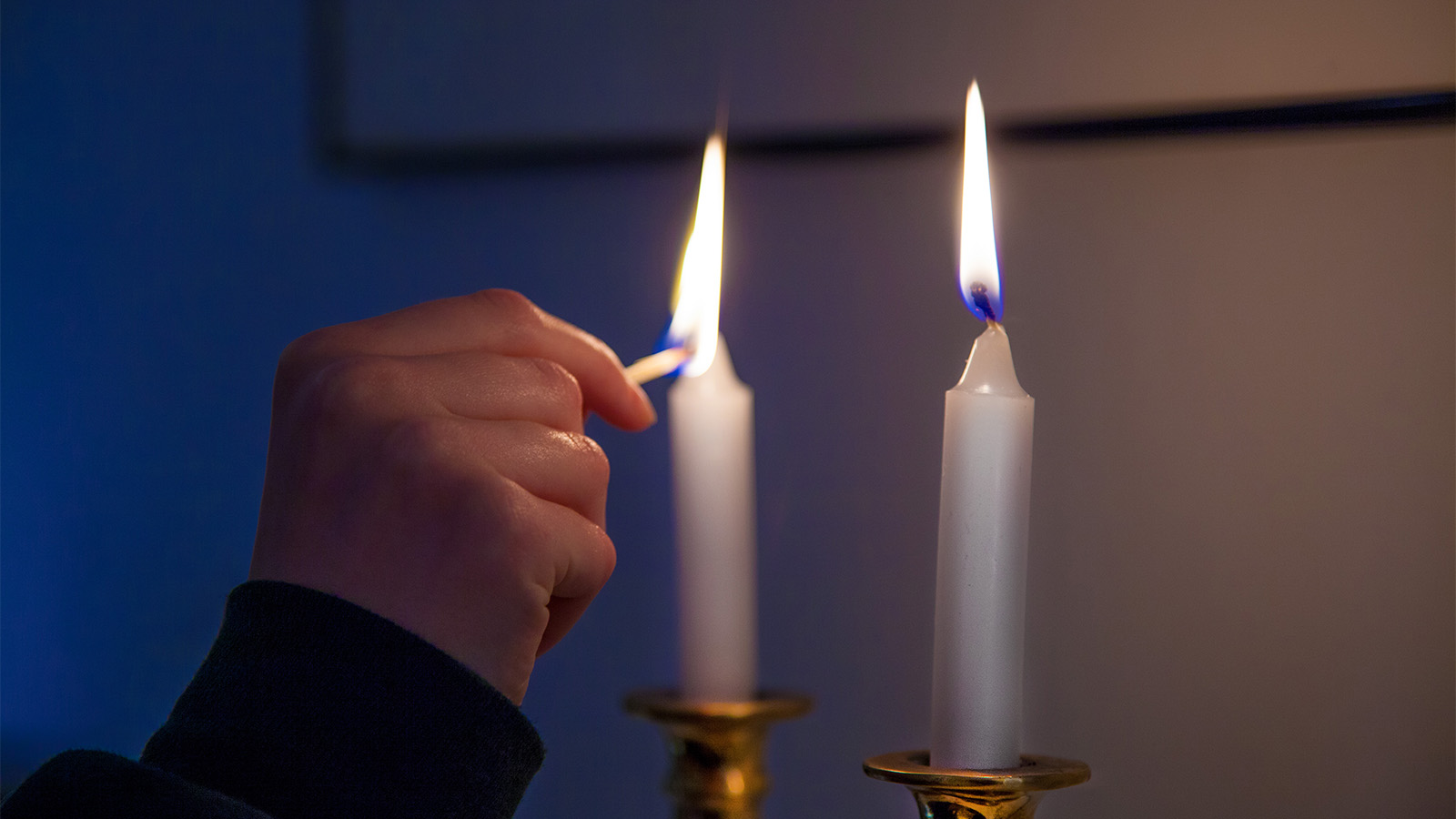 Tiffany Shlain built her career by being online almost all the time.

She founded the Webby Awards, which honor the best of the Web each year. She also runs a film studio and creates online conversations to use the internet in "its best way, which is to bring people together on issues that unite us," she said.

And yet every Friday evening for nearly a decade, Shlain and her family have unplugged their devices and spent the next 24 hours offline in what she calls a "Technology Shabbat."

"As our society becomes more oversaturated with technology, I feel like it's the thing we need right now," she said.

Tech Shabbat is a modern twist on an ancient religious practice, which is attracting the attention of burned-out millennials and others who are exhausted by trying to keep up in an increasingly connected and fast-paced world.

And there's some science to support the idea that practicing a day of rest — including time away from social media and digital devices — benefits longevity and both mental and physical health. It's a practice that can benefit people of faith and those who don't believe, alike.

"This can be adapted for anyone, wherever you fall on the belief spectrum, and it will bring meaning and value to your life in unbelievable ways," Shlain said.

Shabbat — also known as Sabbath — is the day of the week reserved for rest and worship in Judaism and Christianity.

Jews observe Shabbat on Saturdays, beginning Friday nights with lit candles and shared meals. In addition to resting from work at their jobs during that time, Orthodox Jews also refrain from a number of other activities that are considered work, such as driving and switching lights off or on. 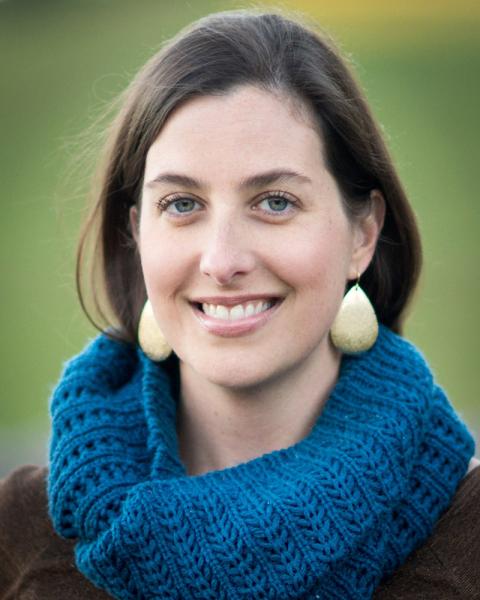 Most Christians worship on Sunday, and their observance of a day of rest varies from church to church and even from Christian to Christian. In the past, the regular practice of Sabbath has included so-called "blue laws" that once kept many stores closed on Sundays.

Now some are urging their fellow Christians to rediscover the practice of honoring the Sabbath. J. Dana Trent is one of them. The ordained Baptist minister began observing a Sabbath after a visit to the doctor's office.

The doctor told Trent she needed to "slow down." At the time, she was working four different adjunct jobs and commuting up to two hours per day. She had also recently been diagnosed with chronic migraine syndrome, though her visit to the doctor had been for a Q-Tip she had lodged in her ear while in a rush.

Observing the Sabbath means trusting that if she takes time off, the world won't spin out of control, said Trent, author of For Sabbath's Sake: Embracing Your Need for Rest, Worship, and Community. It's an act of humility that puts God at the center of her life, not herself.

Not everybody can take Saturday or Sunday or even a full 24 hours to rest — that's a privilege for those who work 9-to-5 jobs on weekdays, she acknowledged.

"I think Sabbath can take lots of different shapes, but the idea is that we step out of what we're doing every day — like the normal routine stuff — in order to make meaning," she said.

It also makes sense to many others who are looking at the health benefits of unplugging from the world — and from devices.

Research presented last year at the annual convention of the American Psychological Association suggests that constantly staring at screens may be making us more "distracted, distant and drained." Other studies of social media use have linked it to such problems as loneliness and disrupted sleep.

"I think Sabbath can take lots of different shapes, but the idea is that we step out of what we're doing every day — like the normal routine stuff — in order to make meaning."

For Shlain and her family, lighting candles, inviting people over, sharing a meal and logging off together guard against those things. She laughs more on Shabbat than any other day, she said. And at the end of the day, she looks forward to checking in again online.

There may be benefits to more traditional observances of Sabbath, as well. In 2005, National Geographic published the findings of scientists, funded in part by the U.S. National Institute on Aging, who traveled around the globe to learn the secrets of longevity from populations that had high rates of centenarians, few deadly diseases and more healthy years of life. Among them were Seventh-day Adventists in Loma Linda, California. Scientists pointed to Adventists' practice of Sabbath as one of the reasons for their good health.

An earlier study found the average Adventist lived four to 10 years longer than the average Californian.

A more recent 2014 study coauthored by Professor Jerry Lee of the School of Public Health at Loma Linda University, an Adventist school in Southern California, looked at the correlation between Sabbath-keeping and mental health and well-being. According to their research, Lee said, "refraining from secular activities on Sabbath was associated with better mental health and better physical health."

The professor currently is working on another study measuring stress hormone levels before and after Sabbath. And most interesting to him, he said, is a study showing fewer deaths during Shabbat in Israel. But, Lee said, more research would be "useful."

"There have been a number of books, but most of the books that I've seen don't really have a lot of empirical data," he said.

Judith Shulevitz, author of The Sabbath World: Glimpses of a Different Order of Time, also cautions against practicing Sabbath for selfish reasons.

It's not just a day of rest for individuals, she said. Instead, she said that it's meant to be a "day of rest which is synchronized with the rest of society."

"It's not about you. It's about us," she said. And the practice still is debated within some Christian circles.

A.J. Swoboda, pastor of Theophilus Church in Portland, Oregon, said he decided to preach about Sabbath a few years ago when he noticed the people in his congregation were tired and in need of rest. So was he. "Our souls and our bodies and our spirits absolutely need it," he said.

Because he pastors a church on weekends, Swoboda and his family take their day of rest to unplug, eat pancakes and get outside together on Tuesdays — a "distinctly Protestant view of the Sabbath," he said.

It seems others are interested in doing the same: Swoboda's book, Subversive Sabbath: The Surprising Power of Rest in a Nonstop Worldrecently was recognized in Christianity Today's 2019 Book Awards. Taking a Sabbath reminds people that there's more to life than being busy and plugged in all the time, according to the pastor.

"It's a very threatening biblical concept because it completely undermines all of the assumptions of what we have come to believe being an American is all about, which is being productive," he said.

A version of this story appeared in the July 12-25, 2019 print issue under the headline: The science of 'Technology Shabbat'.