Skip to main content
Culture
A version of this story appeared in the Dec 18-31, 2015 print issue under the headline: " 'Divine Beauty' exhibit traces religious art's 'rebirth' ". 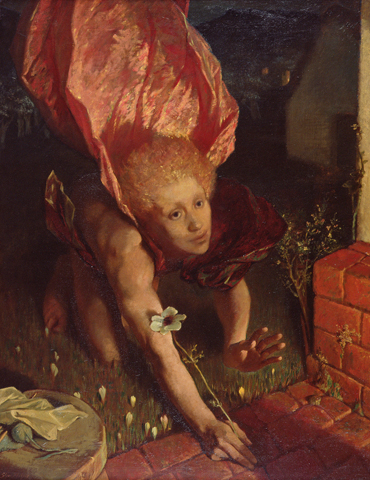 When Edvard Munch cracked open his father’s bedroom door, he was cooling off after storming out of the house in the aftermath of a fight. The Norwegian artist, famous for “The Scream” (1893-1910), was raised Lutheran but didn’t share the devout faith of his father, whom he called “obsessively religious to the point of psychosis.” It was natural that tempers would flare during a theological argument. The painter argued that no matter the severity of one’s sins, one could only suffer in hell for a maximum of 1,000 years; Dr. Christian Munch was adamant, however, that the wicked suffered a thousand times a thousand years in damnation.

Observing his father undetected, Munch saw something he had never before observed: his father kneeling in prayer. He closed the door, retired to his room and, unable to sleep, started to draw what would become the basis of his woodcut “Old Man Praying” (1902).

“The soft light on the night-stand cast a yellow glow over his night shirt. I filled in the colors. As soon as it was finished, I went to bed and slept soundly,” Munch wrote, as quoted in a publication of Oberlin College’s Allen Memorial Art Museum.