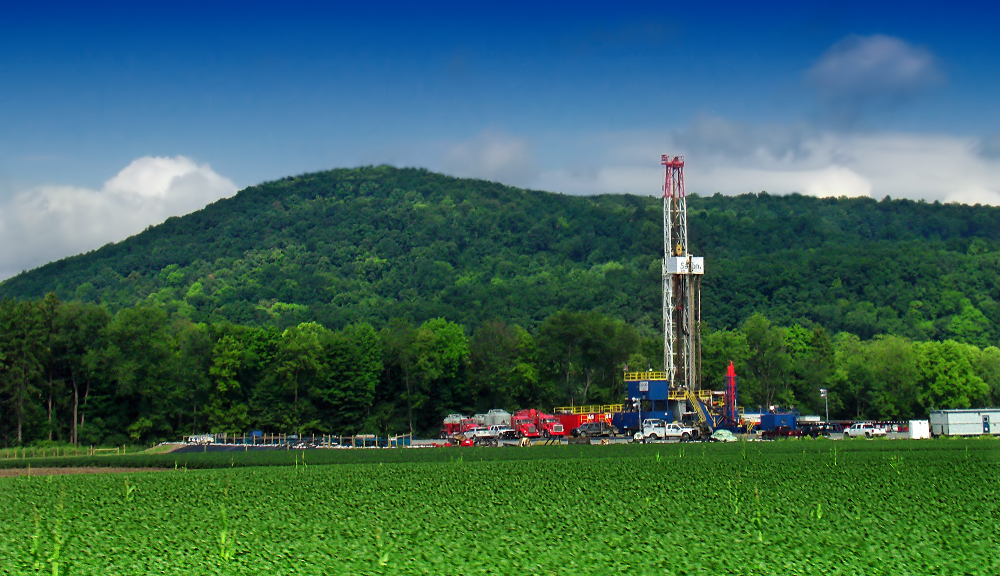 A Marcellus shale gas-drilling site in Pennsylvania, 2012 (Flickr/Nicholas A. Tonelli) 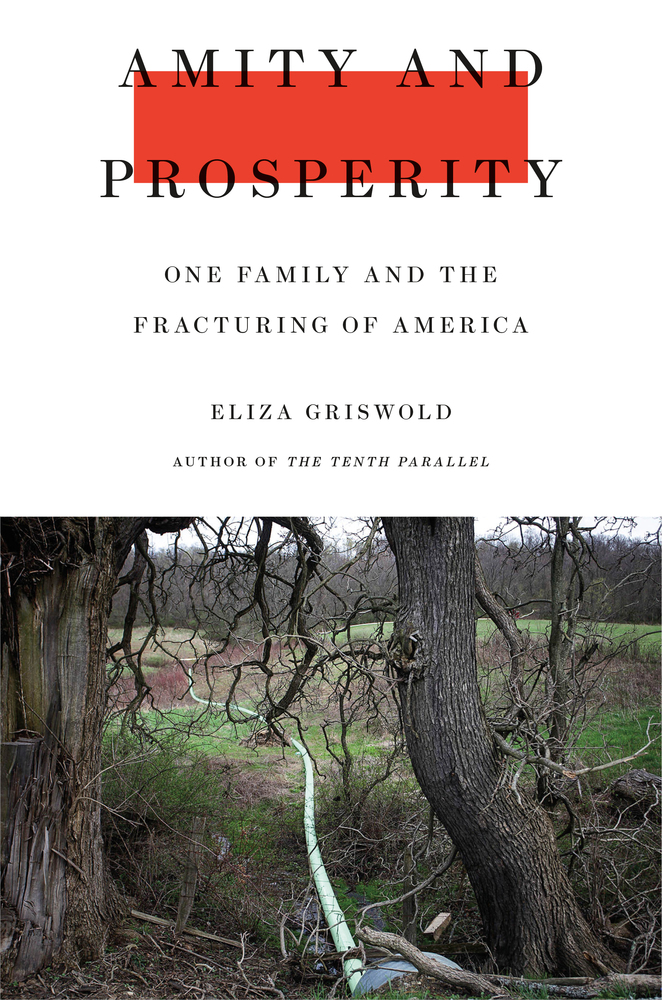 AMITY AND PROSPERITY: ONE FAMILY AND THE FRACTURING OF AMERICA
Eliza Griswold
336 pages; Published by Farrar, Straus and Giroux
$27.00

Pope Francis exhorts all people of goodwill in the opening chapter of "Laudato Si', on Care for Our Common Home" to "dare to turn what is happening to the world into our own personal suffering." Stacey Haney likely never read this encyclical on humans and the environment, but her experiences highlight the relevance of Francis' environmental concerns for ordinary Americans who often feel insulated from these matters.

Though she did not dare it to be so, Haney certainly suffered personally from what humans did to the world. Eliza Griswold makes the arc of Haney's suffering the focus of her engrossing book Amity and Prosperity.

Haney worked as a nurse in a local hospital, but paying her mortgage, raising two children on her own, and maintaining the few animals that her family raised stretched her financially. When she learned about the natural gas trapped in the Marcellus shale below most of southwestern Pennsylvania and the great interest that drilling companies from Texas and Oklahoma had in getting it out, she saw an opportunity to get ahead. One of these companies would pay her for the gas below her small farm and she might use that money to build a much-needed barn.

Drillers could not extract the gas through conventional methods, but they had recently developed a "fracturing" process, known more commonly as fracking, that allowed them to draw it to the surface.

In Pennsylvania, someone could retain ownership of her land and sell the mineral rights to another person or company. The state established this practice to benefit coal companies in the late 19th century who wanted to mine below wide swaths of land without purchasing them outright. Gas-drilling companies went on a mineral rights buying frenzy about a decade ago in an effort to cash in on what was, and still is, expected to be a bonanza of gas removal. Haney was happy to participate, as were her neighbors.

Fracking seemed like just the medicine that Washington County residents needed to revive their ailing economy. The county had long depended on small-scale farming, coal mining, steel production and the industries that supported those enterprises. Coal and steel largely disappeared in the late 20th century and those who could not find work struggled.

Many moved away and others feared that they would have to follow. Drillers offered cash for mineral rights and the promise of a percentage of the profits from the gas taken from the land. It seemed like an economic godsend.

The region's experience with coal provided lessons that less economically distressed communities might have taken more seriously. Coal mining companies practiced a ruthless efficiency that offloaded many costs onto local communities and left a legacy of environmental degradation. Local streams run orange today with sulfur and iron from abandoned mine drainage that render them inhospitable to fish and animals. That same drainage threatened drinking water sources for many in western Pennsylvania.

Haney soon found this to be the case for her and her immediate neighbors, even as gas royalty payments enriched others in and around the two towns of Amity and Prosperity. Griswold chronicles Haney's dawning understanding that any short-term wealth that fracking generated for some landowners and corporate shareholders must be weighed against the human and environmental costs.

That realization came only after much suffering. Haney's son, Harley, started to develop serious and mysterious health concerns that forced him to miss extensive stretches of school, lose weight and fall into depression. But staying home exposed Harley to the contamination even more intensely and exacerbated his illnesses, keeping him home from school still longer.

It took Haney months to recognize the link between the fracking and her son's debilitation. Fracking turned the Earth's suffering into Harley's personal struggle.

Just up the hill from Haney, her neighbors' prize horses began to fall ill as well. Some died. Later, after she finally connected the illnesses to contamination in her well water and moved out, another neighbor discovered that his water too had gone bad. The suffering spread.

Fracking requires a lot of chemical-laced water to lubricate the drills and to create the pressure needed to generate cracks in the shale that allow gas to escape. The drilling company to whom Haney and her neighbors sold their mineral rights, Range Resources, built wastewater containers uphill from Haney's land, near the drill sites that contaminated the water.

Poor design and inattentive monitoring allowed wastewater to escape and migrate into the wells from which Haney and her neighbors drew their drinking water. Some also contaminated ground water that animals consumed. The result was a surfeit of suffering.

Many others who had sold their mineral rights did not agonize. They reaped financial benefits instead and began to resent Haney's constant reminder, if only by her mere presence at community events, that she bore pain. They resisted turning what fracking did to the world into their own personal suffering, and even turned away from Haney's struggles.

It is difficult to imagine, though, that readers of Griswold's compelling narrative will do the same, for she ties fracking's assault on the Earth to human suffering too powerfully for us to divert our view. She helps us to feel that pain intensely.

[Timothy Kelly is a professor of history at St. Vincent College in Latrobe, Pennsylvania.]

A version of this story appeared in the May 3-16, 2019 print issue under the headline: Fracking becomes personal suffering.