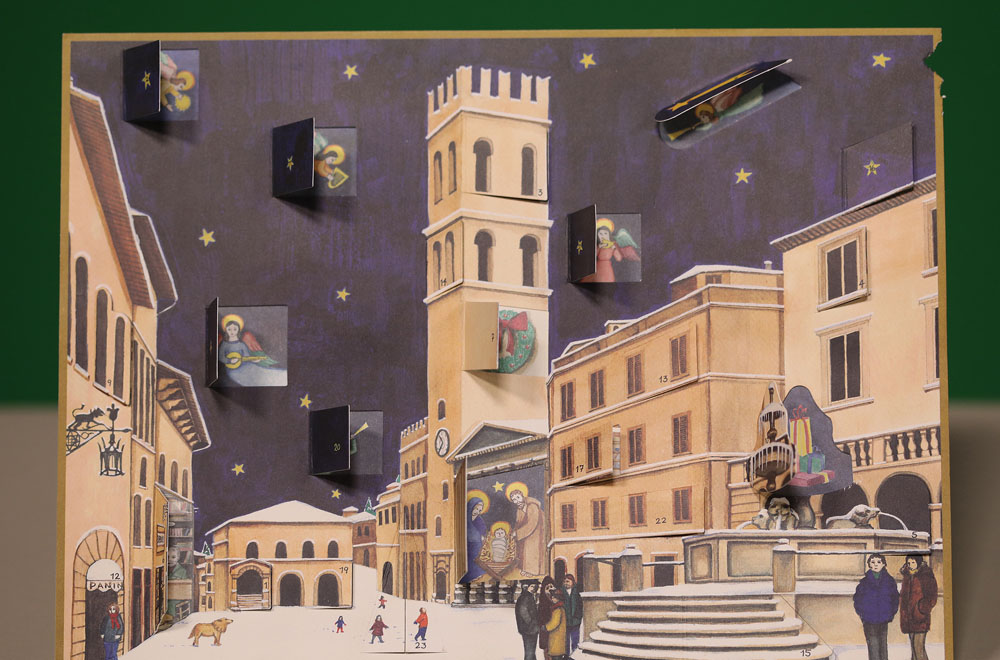 Advent calendars, with one box to open each day from Dec. 1-25, vary from simple paper calendars with religious images to more elaborate calendars with actual gifts for each day. (CNS/Bob Roller)

Speedup is everywhere in our culture and our lives. This Advent, consider doing a briefer Advent devotional.

I have prepared one below. Make believe it’s a calendar with just five doors, rather than the usual 24 that we open throughout the season. Take as long as you want with each door. You can declare an Advent wait, fully achieved.

God is not a judge but a gift giver. Notice that, and all will be well.

"We have seen his star in the East and have come to worship him" (Matthew 2:2).

My childhood Missouri Synod Lutheran pastor told me that the entire theology of the Incarnation was summed up in the old Perry Como song that began: "Catch a falling star and put it in your pocket; never let it fade away." I think he was right. The star fell to earth to show us the Jesus way.

Why does God use nature so well to show us what God wants us to see?

Prayer: Put a star in our pocket and let us carry it around and around. Amen.

You won't find the text for "Ashes to ashes, dust to dust," in the Bible because it's not there. It comes from the Episcopal prayer book and only sounds biblical.

During Advent, we wait for birth while knowing about death. We see the baby and also know what will become of him. Jesus' death is the same one that the child in us — and our children — will know.

Why does God use nature, even human nature, so well, to show us what God wants us to see?

Prayer: God of life and death, stardust and dust, ashes and prayer, draw near and bring us out of dust into stardust. Engage us with our own mortality, from infancy on, and make of us the Aurora Borealis. Amen. 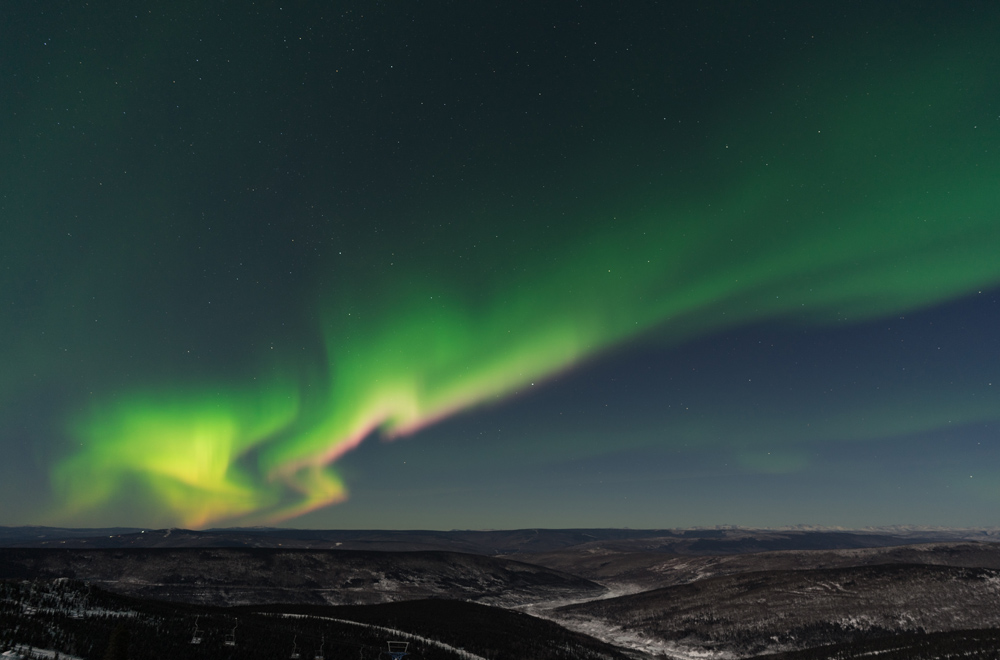 3. In Advent, the pregnant God starts to show

"While they were there, the time came for her to deliver her child" (Luke 2:6).

In Advent, God starts to show. Of course, it was Mary who was pregnant with Jesus, who carried the Incarnation within her. But God, somehow, was involved in the daring vulnerability and massive strength that came into the world through the baby Jesus.

Why does God use the small and the natural to show us what God wants us to see?

Prayer: For an easy pregnancy for ourselves, we pray. And if that is not possible, let the baby come however. Amen.

4. Straighten up and fly right

The Advent texts are about a straightening, but not a normalizing. There is a difference.

Straightening has to do with making God's path clear or straight. It exposes the universal human tendency to get lost, to go crooked, to get roughed up on the way. The Advent promises are about making the crooked straight and the rough smooth — and they have absolutely nothing to do with the many prejudices of the normal.

When I say that some of my best friends are straight, I don't mean that they are normal. In fact, what I love about the Christian version of God is the attack on normalcy itself. You want a Messiah? I'll give you a Messiah. He will come as a child, with no power, no sword, no press kit. He will come totally dependent on you and your care of him. God will relinquish all power and come to earth and be dependent on our love for him to realize salvation.

There is another text that tells this same story in greater power. It is the text of the first chapter of Philippians, well known as the kenosis text, in which the poetry of God descends into the pathos of earth and expels all its power. Humility is what is exalted. Exalted is what is humbled.

Why does God, who has so much power, choose not to use it but instead to divest in us?

Prayer: Straighten me out, O God, and then fill me with your power. Keep me out of my own way. Amen.

"Trust in the LORD with all thine heart; and lean not unto thine own understanding. In all thy ways acknowledge him, and he shall direct thy paths" (Proverbs 3:5-6).

My now-deceased last golden retriever and I walked the Appalachian Trail one December Friday and stayed out too long to have much light left. We were singing Christmas carols, or at least I was. There had been a silly argument at church about not rushing Christmas and only singing Advent hymns. I was as lost in the argument as I was in my humming. I was humming a kind of Christmas prayer that God direct my path.

Suddenly, I realized we were not on the trail, just trudging through some wet leaves. We had lost the white blazes that mark the trail, looking like crosses on a tree. Kofe, AKA my Lassie, had to nudge us back on the trail.

Advent is a cold dog's nose back on the path of what it means to be a Christian, to follow the Christian story, to enjoy the Christmas carols, which are as subversive as they are pretty.

Why do churches have so many rules and God has so few?

Prayer: Blessed Spirit, you who nudge us home, draw near and when the pastor says we can't sing the Christmas songs till Advent is over, let us start humming them. Amen.