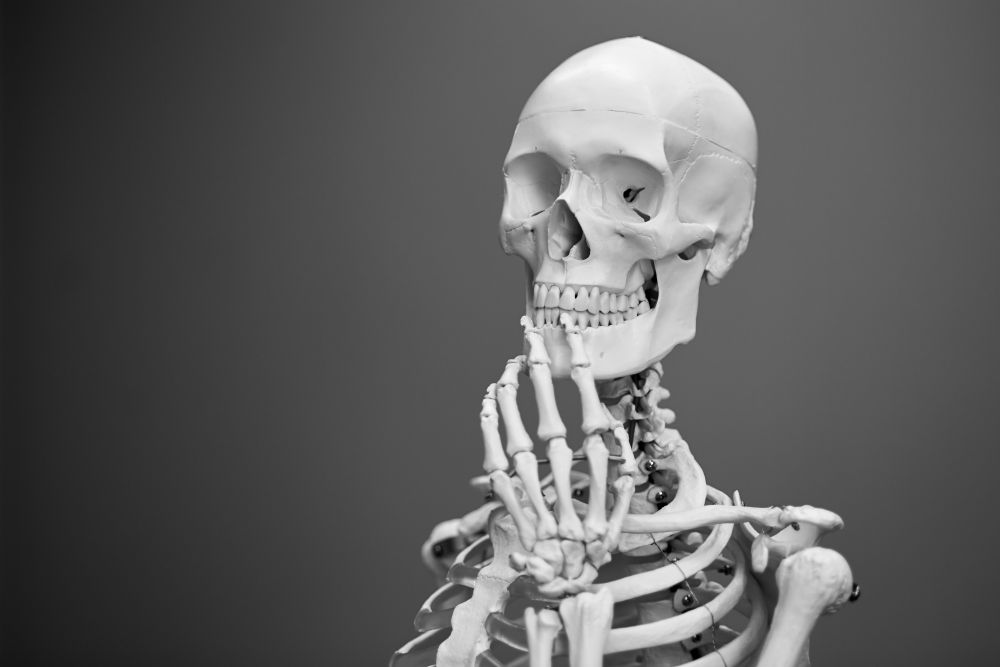 Jennifer Summit and Blakey Vermeule argue that the split between arts and sciences, between the contemplative and active, is a dichotomy to abolish. (Unsplash/Mathew Schwartz)

Phyllis Tickle, long-time religion editor of Publishers Weekly, liked to criticize the Enlightenment for being too in love with the human and insufficiently in love with the human's context. Living with her family on their farm in Tennessee taught her that "man's the measure of absolutely nothing," arguing that "everything I touch here is alive. Out here nothing is an object."

How does something become an object?

Something becomes an object by being observed by a subject. Whether the human has the right or the obligation — or even fully the consciousness — to be the only subject around is a really big question. Environmentalists like me can't help but wonder if humans are really helping humans.

I have lately been drawn into the big conversation around the so-called humanities — those fields of scholarship that explore humans and culture in disciplines like language, literature, the arts, religion, history and philosophy. Many argue that the humanities are in fatal decline as majors in colleges and universities, and they are probably right.

I wonder if the word "human" in humanities is in the way.

Just listen to the pride in this great song and scripture from the second act of Shakespeare's "Hamlet":

I have of late — but wherefore I know not — lost all my mirth, forgone, all custom of exercises; and indeed it goes so heavily with my disposition that this goodly frame, the earth, seems to me a sterile promontory; this most excellent canopy, the air, look you, this brave o'erhanging firmament, this majestical roof fretted with golden fire, why, it appears no other thing to me than a foul and pestilent congregation of vapors. What a piece of work is a man! how noble in reason! how infinite in faculty! in form and moving how express and admirable! in action how like an angel! in apprehension how like a god! the beauty of the world! the paragon of animals! And yet, to me, what is this quintessence of dust? man delights not me; no, nor woman neither …

Also listen to the prideful writer questioning his own pride. That could be what allows the human to be good — when the human sees his or her own context (environment) with humility as well as pride.

The Chronicle of Higher Education has presented many different points of view about the humanities in recent years. In a July 1 essay titled "The 'Two Cultures' Fallacy" (subscription required), written by Jennifer Summit and Blakey Vermeule, a kind of partnership with context is recommended as a way to heal both the humanities and their presumed foes, the sciences.

The two professors wrote, "When we were teaching at Stanford in the late 2000s, the terms 'techie' and 'fuzzy' became cultural touchstones: The 'techies' majored in engineering and the sciences, the 'fuzzies' in arts and the humanities. Faculty and administrators deplored those words, and students furiously debated them, but the terms — and the split they describe — have become an unshakable stereotype."

We believe something different. Seeing the conflict as a carry-over of the ancient debate between the active life and the contemplative life explains why the two sides have remained so intransigent: Each is defined in opposition to the other, each needs the other to play counterpoint.

Both sides can articulate the values they hold in emotionally satisfying but utterly imprecise contracts: useful versus useless, material versus idealistic, narrowly careerist versus broadly learned. As long as this opposition itself remains unquestioned, any 'defense' of the humanities will only reinforce and prolong debate.

So where could or may an environmentalist major be: In action or contemplation? In math or English? In biology or history? In pride or humility?

I am going to argue for both.

Both the humanities and the sciences. Both the analytical and the metaphorical. For multiple ways of understanding the environment in which we have to think.

Without our magnificent capacities for humble consciousness, I would never have a moment to enjoy a bird song. Or to look in the eyes of a baby raccoon of a summer evening. I also wouldn't be able to appreciate literature and physics at the same time.

I finally think my mentor and dear friend Phyllis Tickle is wrong. So-called man is not nothing. Man and woman are somethings. We matter. We just don't matter as much as we think we do.

[Donna Schaper is senior minister at Judson Memorial Church in New York City. Her latest book, Never Enough Time: A Practical and Spiritual Guide (Rowman & Littlefield, 2018), suggests people approach "time famines" by rearranging their priorities and changing the way they think, even if they can't change their circumstances.]