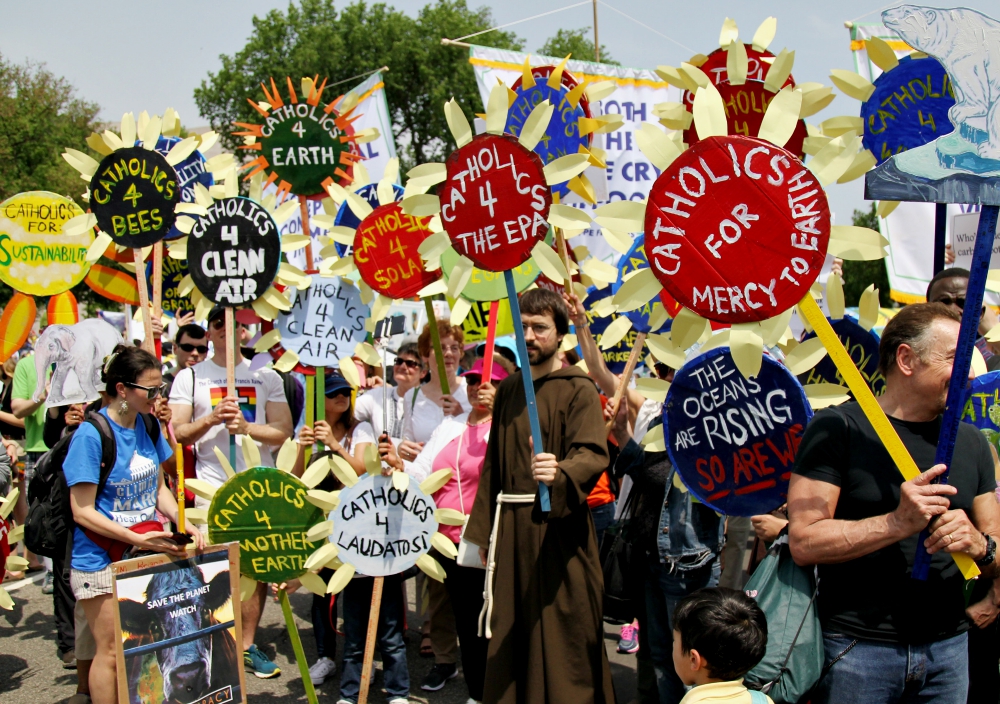 Author's note: This essay does not offer debate about the existence, cause, or serious nature of climate change: The facts about climate change have been well-established among the international scientific community. Climate change is therefore considered a real threat to life as we know it (human or otherwise).

Today, environmental degradation, and in particular climate change, is affecting literally millions throughout the world. It has become a problem for farmers experiencing drought, coastal areas impacted by hurricanes, and arid regions that depend on snow melt for water. Mothers in drought-stricken parts of the world, where weather patterns have changed significantly in recent decades, are experiencing miscarriages and infant mortality due to dehydration and starvation.

And the long-range forecast is not any better: The data showing that greenhouse gas emissions are increasing means the atmosphere will continue to warm up for decades to come, and with it unpredictable weather patterns.

As Catholic Christians, we are called to value life "in all its stages." This means we are also called to value that which sustains life, which includes things like health care, food and the environment, that is, creation. In fact, if we profess to be pro-life, we must necessarily be pro-creation.

The U.S. bishops, in their document "Forming Consciences for Faithful Citizenship," explain that the "culture of life begins with the preeminent obligation to protect innocent life from direct attack and extends to defending life whenever it is threatened or diminished."

Clearly, this applies to environmental degradation that directly affects health of individuals or populations and the threat that climate change poses to everyone, especially the most vulnerable ― a major focus of Pope Francis' encyclical "Laudato Si', on Care for Our Common Home." In fact, the pope admonishes that harm to the environment caused by humans, including climate change, is tantamount to sin.

Sadly, little has been done to reduce greenhouse gas emissions: Although the U.S. has the highest per capita carbon emissions, the environment is a low priority in secular and religious arenas alike. Once an issue that both political parties supported, it now seems the environment is included with politics and religion as a forbidden topic to discuss in good company.

For "green" Catholics, polarization of this issue poses a moral dilemma during election seasons: Voters must choose between "liberal" candidates who promote care for the environment and the common good, and "conservatives" who profess to be pro-life but who typically do not support environment protection, including solutions to climate change.

This dilemma is addressed by the bishops in "Faithful Citizenship": "A Catholic cannot vote for a candidate who favors a policy promoting an intrinsically evil act, such as abortion ... or racist behavior, if the voter's intent is to support that position [emphasis added]. ... A voter should not use a candidate's opposition to an intrinsic evil to justify indifference or inattentiveness to other important moral issues involving human life and dignity."

When one fully understands the gravity of the environmental threat that human-induced climate change poses to all of humanity, considering it a "moral issue involving human life and dignity" is well within reason, if not an understatement.

"Care for Creation is a moral issue," the bishops assert. "Protecting the land, water, and air we share is a religious duty of stewardship and reflects our responsibility to born and unborn children, who are most vulnerable to environmental assault. ... Our Conference offers a distinctive call to seriously address global climate change [emphasis theirs]."

Therefore, one cannot ignore a candidate's disregard for the environment, even though that candidate may be opposed to grave sins (or even just one). If abortion, for example, were the only litmus test for a candidate, then anyone who runs for office would be qualified by simply stating opposition to it. Electing such an individual could hypothetically bring about other sins against humanity that the bishops admonish against, including lack of care for the poor and racist behavior.

In other words, even though a candidate may claim to be pro-life, if he or she does not exemplify a commitment to all life in his or her own actions, that candidate's claim to actually value life becomes suspect. Morally sound choices of leadership must be based on the spectrum of significant moral issues, not just one. To do otherwise can lead to electing leaders who may be inconsistent in their respect for life, who may not uphold basic morality and ethics, and who may disregard the common good.

On the theme of caring for God's creation, the bishops summarize: "We have a moral obligation to protect the planet. ... We should work for a world in which people respect and protect all of creation and seek to live simply in harmony with it for the sake of future generations."

[Michael Wright is a father of three and leads the environmental justice ministry at St. John the Baptist Catholic Church in New Freedom, Pennsylvania. He is author of nationally published articles related to his work at NASA and in environmental justice, including the booklet 10 Things Pope Francis Wants You to Know About the Environment and Catholic Update: Pope Francis and the Environment.]