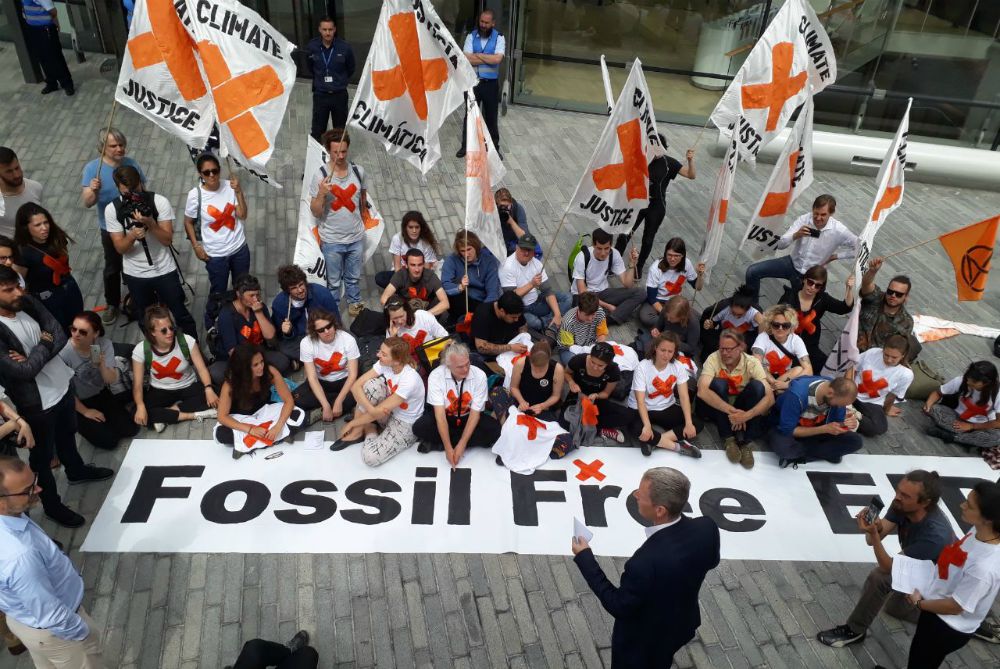 Pledges this week to cut financial ties with fossil fuels by 22 faith groups, including bishops in the Philippines and East Africa, pushed the global divestment movement over an estimated $11 trillion in assets redirected from coal, oil and gas companies.

The announcement, made at a Financing the Future summit in Cape Town, South Africa, represents the latest milestone in the eight-year fossil fuel divestment movement. It comes a week before the next global climate strike and a year after the Go Fossil Free campaign set a goal of achieving $10 trillion divested by 2020.

Faith organizations have been at the middle of the momentum. At 27% of the 1,100-plus divesting organizations, they represent the largest single group.

"In this time and place, the key action is to do what we can to preserve creation from the ravages of greed-induced climate change," said Luxembourg Archbishop Jean-Claude Hollerich, the president of the commission of European bishops' conferences and a global ambassador to the South Africa summit. "To do so we should all use the authorities available to us to shift away from industries and models of destruction and into the opportunity to promote life."

As part of his Sept. 1 message for the World Day of Prayer for the Care of Creation, Pope Francis stated that that humans' continued use of fossil fuels has contributed to creating a "climate emergency" that threatens all life on the planet, adding that "Now is the time to abandon our dependence on fossil fuels and move, quickly and decisively, towards forms of clean energy and a sustainable and circular economy."

Through its divestment campaign, Global Catholic Climate Movement has organized many of the roughly 150 Catholic divestment decisions to date. A total of 16 Catholic institutions made commitments in the latest announcement, coming during the ecumenical Season of Creation.

According to the United Nations, temperatures in East Africa have risen 1.3 degrees Celsius since the 1960s. The region has also experienced seasonal shifts in precipitation and increased droughts and floods. As warming continues, it is expected to strain water resources and impact farming, fishing and biodiversity in the region.

In a statement, Fr. Paul Igweta, coordinator for the East African bishops' department of promotion of integral human development, said that the bishops' conferences made the decision to divest because of the harmful impact of coal, oil and natural gas on the environment. He added it was important for the church to advocate for alternative energy sources and safeguard the environment for future generations.

"The exploitation of the mother Earth is not at tandem to the usefulness as intended by the creator," Igweta said. "AMECEA condemns all activities of mining and exploitation that are happening in the region and more especially by the multinational companies."

In the Philippines, one of the most vulnerable nations to climate change, Catholics recently convened a National Convention on Laudato Si' and Climate Change. According to a report by CBCP News, participants urged their bishops to strengthen diocesan ecology desks through additional funding and resources, lent support to a recent rights of nature bill, and discussed how best to advance further fossil fuel divestment.

Fr. Edwin Gariguez, executive secretary of Caritas Philippines, told CPCP News the assembled Catholic groups wanted the government and financial institutions to recognize the seriousness of their divestment campaign, but also to provide options to reinvest in the island nation's clean energy market.

A version of this story appeared in the Oct 4-17, 2019 print issue under the headline: Faith pledges push global fossil fuel divestments over $11 trillion.