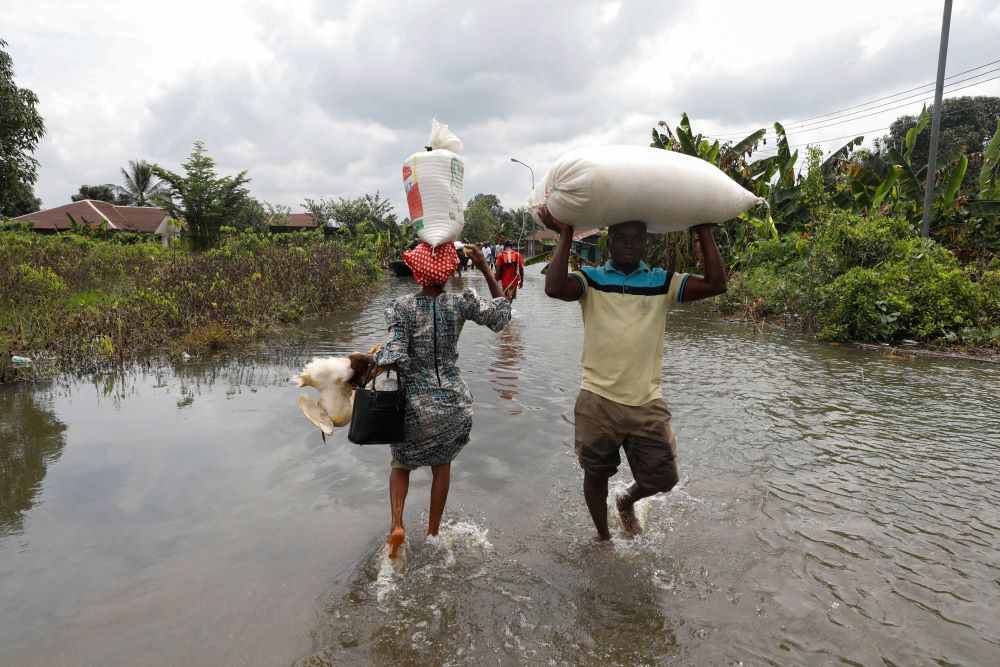 Nigeria's bishops urged the federal government to come up with a plan to fight flooding that affects Nigerians each year.

In a Nov. 1 pastoral letter, the president of the bishops' conference, Archbishop Lucius Iwejuru Ugorji of Owerri, said that often in Nigeria when tragic events occurred, people expressed sorrow, then moved on as if nothing had happened.

"We tend to wait for the next disaster to awaken us to another period of lamentation. We are not proactive as a nation in facing the challenges of flood disaster," he said. "Hence our fire-brigade approaches to issues that should normally require proper planning and preparation."

He advised the government and the citizens to learn from other countries prone to natural disasters about the need for investment, planning and efficiency in the management of such tragedies to reduce their negative effects.

Earlier in October, Bishop Hyacinth Oroko Egbebo of Bomadi in the Niger Delta region raised similar concerns in a pastoral letter to the faithful of his diocese, saying he was in solidarity with them after floods destroyed their homes and livelihoods.

Archbishop Ugorji said this year's extensive flooding had been blamed on unusually heavy rains and the release of excess water from Cameroon's Lagdo Dam in mid-September. The flooding has affected about 1.4 million people in 27 states, with thousands of homes destroyed and several communities totally submerged.

"There has been huge destruction of infrastructure, farmlands and businesses as well as forced dislocation of peoples, with the attendant emotional and psychological stress and trauma. In addition, many have lost their lives," he said.

He advised the government to initiate policies and actions that would stop the allocation of land and construction of projects and build on natural flood plains or storm water paths. Also, citizens must be discouraged from living in serious flood-prone areas, he said. 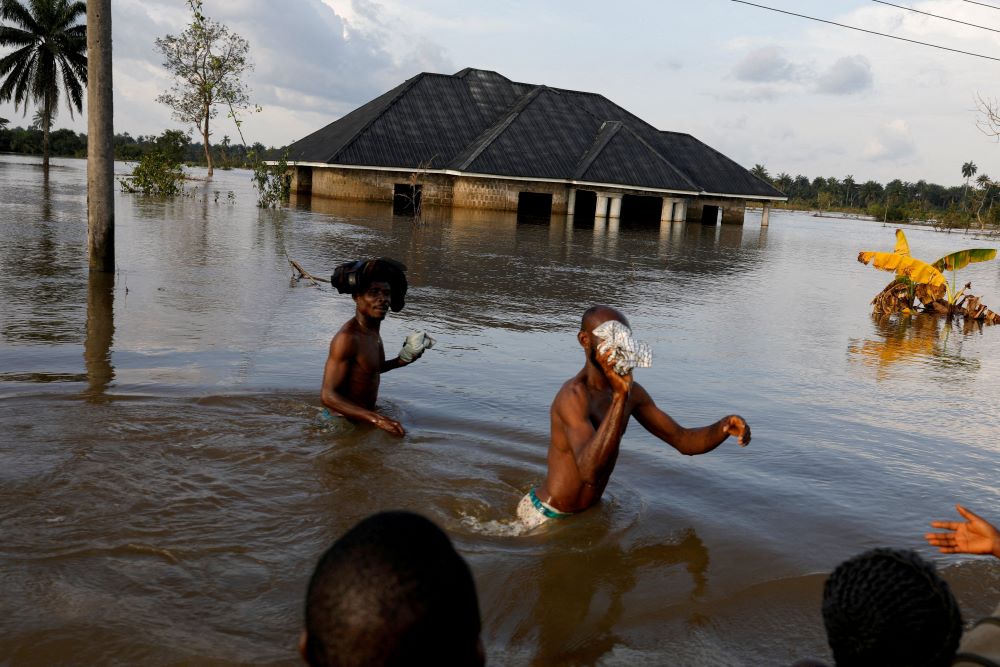 "There is the need for ecological conversion and proper ecological education among our people in order to control future natural disasters. Let us contribute in the protection and preservation of the earth, which is our common home," he said.

The archbishop noted that the Dasin Hausa Dam in northeastern Nigeria, which was supposed to be a buffer to contain overflow of water, was started in 1982 and remains unfinished.

The government at all levels must invest in flood control and prevention infrastructure, he said. He cited agencies such as the Nigerian Meteorological Agency, the National Emergency Management Agency and the Nigeria Hydrological Services Agency as important institutions for flood disaster management and control.

"To be able to carry out these important functions, these agencies require adequate funding, which should be released in time to enable them to put necessary measures in place, procure appropriate equipment, engage in skills and manpower training and other operational requirements ahead of any disaster," he said.