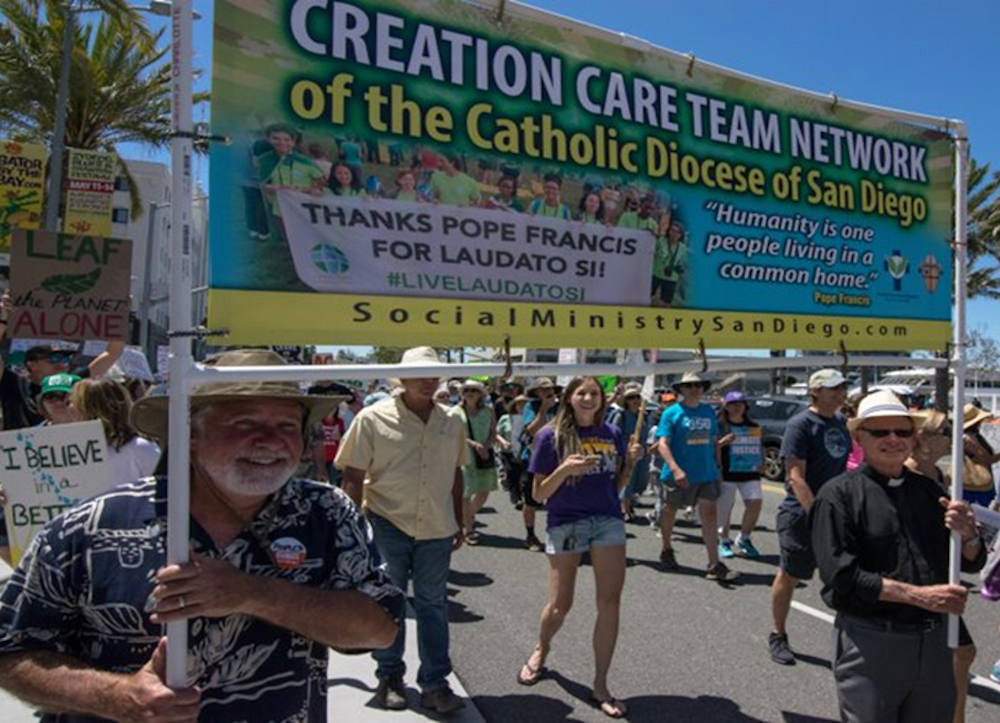 This Lent, Fr. Emmet Farrell wants you to think about climate change.

Farrell, director of creation care ministry for the Diocese of San Diego, developed a series of daily reflections for the 40-day liturgical season to help Catholics better understand what he sees as one of the most pressing moral issues facing the world.

In them, he draws connections between human activities and their impacts on the planet, and provides suggestions for actions that individuals and faith groups can take.

Beginning on Ash Wednesday, EarthBeat will publish a selection of the series, titled "Reflections on the Care of Creation," on Mondays, Wednesdays and Fridays during Lent.

You can sign up here to receive Fr. Farrell's "Reflections on the Care of Creation" by email.

"It's a huge moral problem that most people are not really aware of or concerned about," Farrell says of climate change. "A lot of people are going about their life. They've got enough problems; they don't want to hear more. But they don't realize how close we are to what's called the existential crisis — and not just [for] plants and animals, but humans, as well."

In San Diego, the retired priest leads a team of fellow volunteers to promote Pope Francis' encyclical "Laudato Si', on Care for Our Common Home" and to educate about the environmental responsibility required of all Catholics. His team members have experience in law, engineering, environmental science and elementary education, and include people who have worked with the U.S. Navy and Catholic Relief Services. 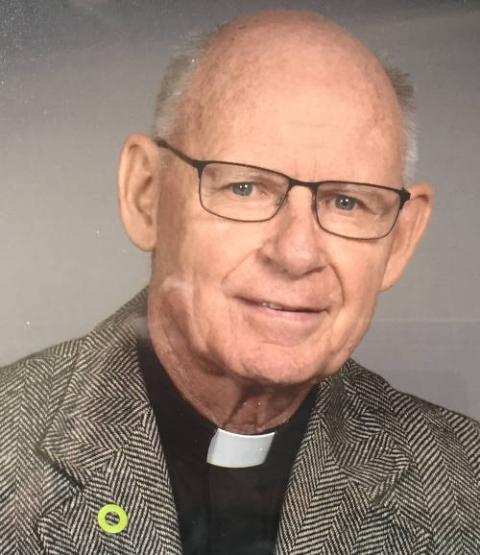 The ministry team has focused much of its work on helping to form parish creation care teams. The members have also led workshops, in English and Spanish, for parishes, and during the coronavirus pandemic they have hosted numerous webinars.

Farrell, who has held his position for four years, also has worked with Bishop Robert McElroy on a diocese-wide Laudato Si' action plan. That plan is similar to ones commissioned by Cardinal Wilton Gregory in the Archdiocese of Washington, D.C., and developed by the Archdiocese of Atlanta when he was archbishop there.

Originally from Iowa, Farrell arrived in San Diego after working in several Hispanic communities across the country. Before that, he spent 16 years in Peru as a missionary. That time in Latin America led him to view the world "from the bottom up," he told EarthBeat. "You see kind of through the eyes of the poor."

Although climate change and environmental destruction were not on his radar at the time, he now sees how gold mining and steel mills there polluted the air and water and harmed the health and lives of the people among whom he ministered.

Climate change is a timely topic for Lent, the priest said, "because it's so prevalent. It surrounds us; we're not aware of it. And it is very moral and it's very spiritual. People think, 'Oh it's just politics.' And I say it's political like everything's political." 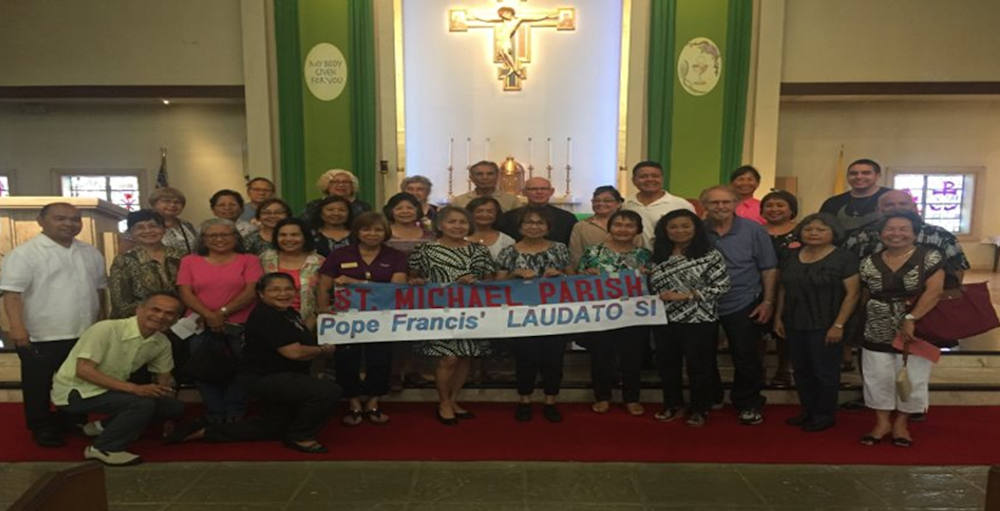 The reflections, Farrell added, are a reminder that God entrusted us with stewardship of creation. He pointed to the call in Genesis for humans to "till and protect" the Earth, but "as [Jesuit Fr.] James Martin said, we're doing a great job of tilling, not so good a job of protecting."

For each of his Lenten climate reflections, Farrell adopts the see-judge-act approach by pairing scientific studies and reports about climate change with related theological teachings, from Laudato Si', Scripture and other writings from the Catholic and other faith traditions.

The issues he explores include oil drilling in the Arctic and fracking; how climate change is altering our world in places like Greenland, the Amazon and San Diego; and what those impacts mean for species, city planning and how we grow our food. Each reflection ends with several recommendations of actions that readers can take.

"Doing these reflections I would hope would bring home to [readers] in a strong way that it is our moral responsibility to do something," he said. "As Francis says, it's an essential part of our faith."

Although Lent is an appropriate time for people to develop a deeper awareness of the urgency of the climate crisis, the San Diego priest hopes people find the reflections useful throughout the year.

The climate emergency affects "every living thing on the planet, not just humans," he said. "One aspect of Laudato Si' that Francis is very keen about, and it's kind of new for us Catholics, is that climate change isn't affecting just human life, and respect for life, the pro-life issue, is not just human life — it's all life. And that means plants, that means animals. And we're losing them." 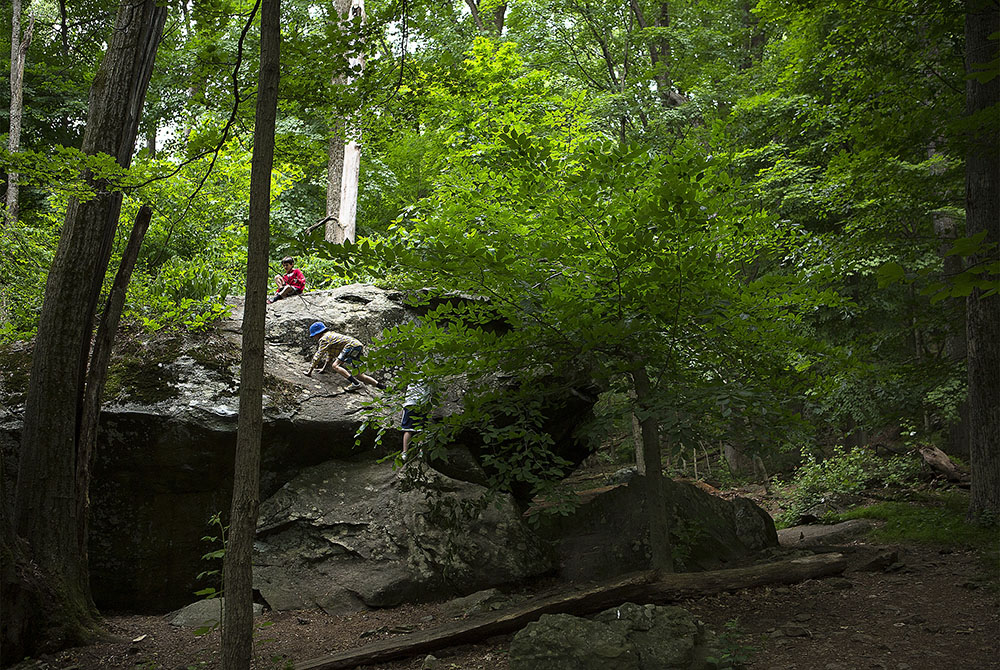 Estimates of how many species are lost each year vary widely, but scientists say that more species are becoming extinct because of human activities and climate change than would disappear naturally in the same amount of time.

Farrell compares that with a person who receives a gift, looks at it and throws it in the trash while the giver is watching.

"How does that make that person feel? Well, that's what we're doing with creation, with what God has given us as a gift," he said. "We're trashing it, we're polluting it, we're wasting it. And along with it, we're destroying ourselves health-wise" because of toxic substances in food, water and the air.

In Laudato Si', Francis speaks of sins against creation, echoing words of Patriarch Bartholomew. Farrell said he hopes the reflection series will help readers understand that "we have a real big environmental problem and … as a church, as a Christian, as a believer, this is sinful."

"We're wasteful and we're killing others, the poor," he said. "We can't just talk about the economy here; we have to remember the poor."

The coronavirus pandemic is a reminder that "we're one human family," Farrell said. "It's one of the phrases from Laudato Si' that rings most in my mind — that we're one family and we live in one house."

To pastors who avoid talking about climate change, saying it's a political issue, "I say, no, no, no. This is stewardship for the Earth. This is probably as moral an issue that we've ever dealt with," Farrell said.

"I don't think I've ever had one person say to me in confession, 'I sinned against the environment,' " he added. "One kid said it once, and I was shocked. Then he said, 'I kicked my dog.' But I don't think anybody is aware … that as a Christian, as a believer, [we] have a moral responsibility — and not just to think about it, but do something."

That, he said, is why each reflection ends with recommended actions. Some of those actions are aimed at helping readers learn more about the issues, but others suggest steps for helping to bring about change in the community or in government policies.

"We have to get that pressure built up," Farrell said. "If people are conscious, people are going to start speaking and writing and talking and pushing their legislatures to do something. I'm just trying to build up that consciousness so that people will do that."