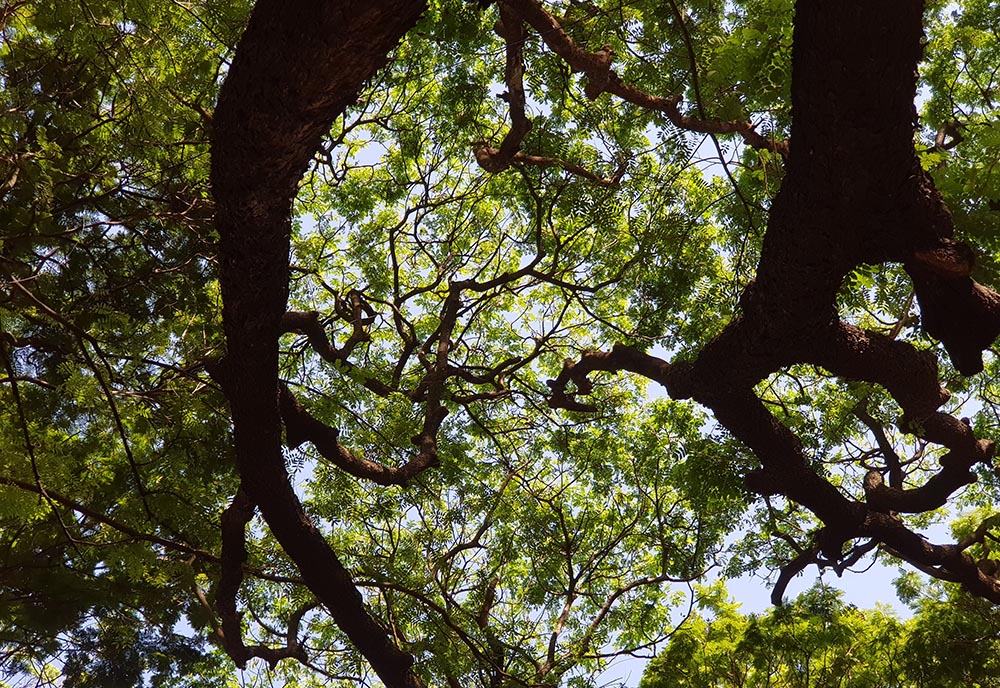 For Margaret Sullivan, the connection was with a rotting log that was sprouting new life. For Religious of the Sacred Heart Sr. Maureen Glavin, it was the way in which seed pods sprouted from the branch of a familiar tree, something she'd never noticed before. For me, it was the almost imperceptible trembling of a fern leaf in the gentlest of breezes.

We were on a forest therapy walk, meant to deepen our awareness of and relationship with creation. For two hours, we slowed down. We closed our eyes and attuned our senses. We paid attention to nuances of color and motion around us and how our bodies responded to them.

Sullivan was in a woodland park near her home in Illinois. Glavin and I were in apartments, thousands of miles apart, with no forest in sight. And our guide, Religious of the Sacred Heart Sr. Mary Frohlich, was in the yard of her house in Chicago, leading us via Zoom.

"Forest is a generic term, because even though [the forest therapy movement] really did start in the forest, it really means the ecological environment, so you don't have to be among trees" for it to be effective, Frohlich said.

A small but growing number of scientific studies indicate that spending time in a natural setting can improve health, reduce stress and anxiety and strengthen the immune system. One author has given the name "nature deficit disorder" to the lack of contact with the natural world — something we may not even realize we're missing.

Forest therapy is based on the practice of shinrin-yoku, or "forest bathing," which arose in Japan in the 1980s as an antidote to the high-tech, urban, indoor lifestyle. The idea is to immerse oneself meditatively in the natural world, not so much looking as feeling. 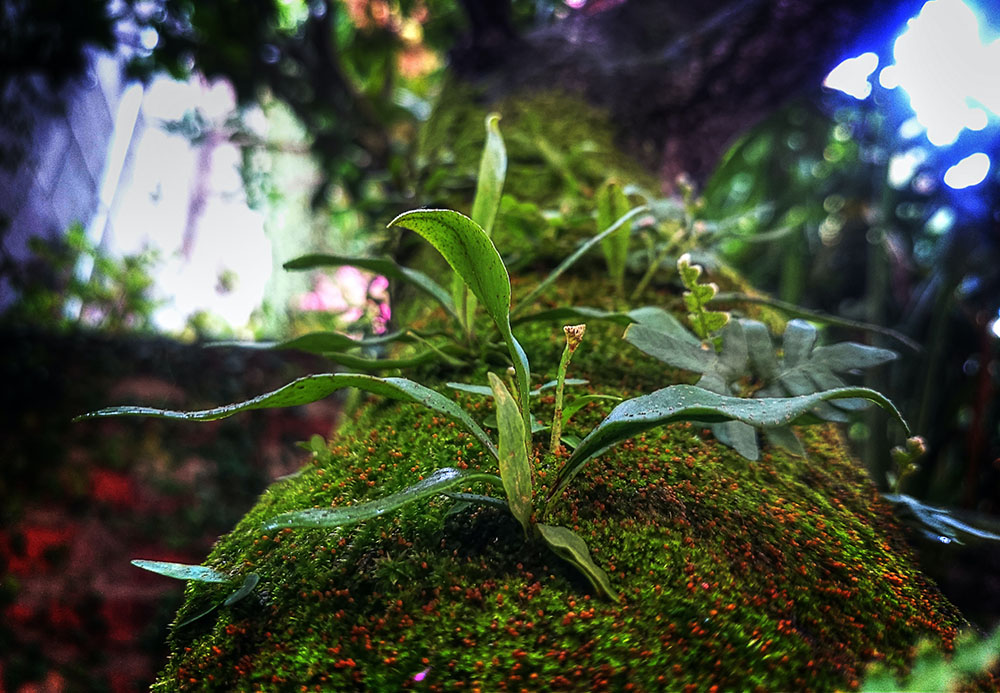 The coronavirus pandemic has given that a new twist, as the guide connects with a group virtually, instead of leading the two-hour walk in person. But the method, a series of invitations to open the senses, remains the same.

Frohlich, who retired last year from Chicago Theological Union, where she taught spirituality, is a forest therapy guide in training. Her interest in the practice springs from several experiences she had, one as a child and one as an adult.

"All of a sudden, I had the experience of the forest communicating with me, a sense of the presence of the forest, a very welcoming presence. It's something people in the forest therapy community talk about — creatures communicating with us and desiring a relationship with us," she said. "Ever since then, ecospirituality and Earth relationship has been a significant aspect of my consciousness and my work."

The setting doesn't have to be woodland. Jackie Kuang, a trainer for the Association of Nature and Forest Therapy, with whom Frohlich is studying, has guided forest therapy walks in box canyons near Los Angeles, ponderosa pine forests near Prescott, Arizona, where she lives now, as well as community parks, a botanical garden and even a desert. 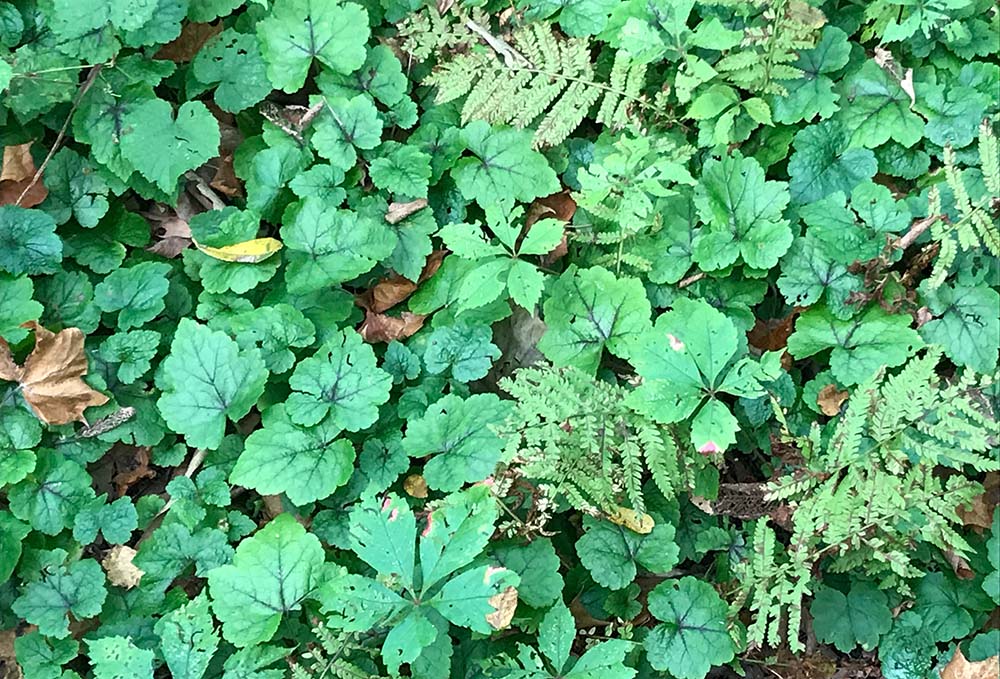 But when the coronavirus put some of those places off limits and curtailed group activities, forest therapy went virtual.

The method doesn't change. The guide offers "invitations," and each participant is free to follow what his or her heart or body feels is right in that moment.

The first invitation is for people to tune in to their surroundings. In our group, that meant standing with eyes closed, facing each direction and awakening our nonvisual senses. The second is to slow down and pay attention to small things — colors, textures, shapes, shadows, movement. 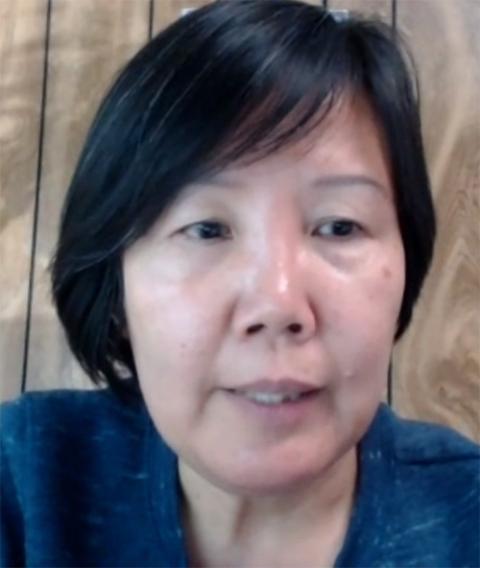 The third is to feel a connection with one of the nonhuman beings in the forest. For guides, said Kuang, that is where "we learn to tune into the moment and get inspiration in that moment."

After each part, the participants are invited to share their experience, and the walk ends with a final round of sharing over a cup of tea.

"The sharing and the listening and the witnessing," Kuang said, creates a sense of being "travelers for a little while, on this liminal journey. We call it a liminal journey — it's kind of in between, not our ordinary course of life, but not in some deep wilderness."

That sense of connectedness can be powerful for both the participants and the guide.

"The slowing down, the paying attention, the getting in touch with our bodies and the different senses — that act alone helps people to not feel so isolated, so alone, like there's a bigger living world that we are inextricably connected [with] and are part of," Kuang said.

A different walk in the woods

When walks are in person, in the forest, the guide knows the place well. On a virtual walk, however, the participants could be anywhere. Frohlich's first virtual forest therapy walk drew only three participants. 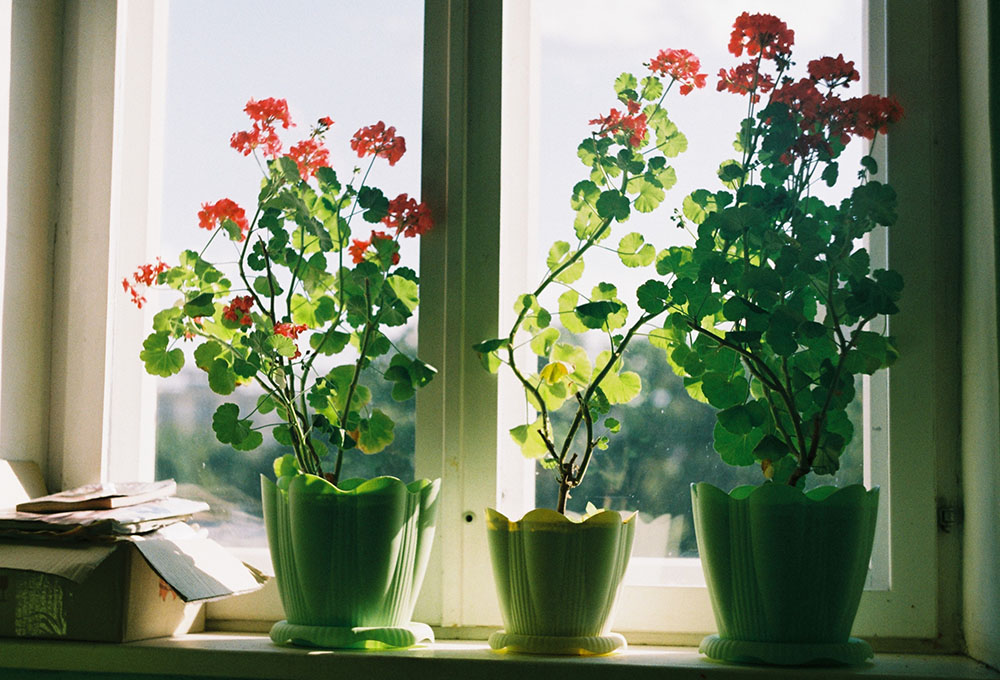 For Glavin, the forest therapy walk was a new way of experiencing the connection she has long felt with the natural world, as well as the sense of the divine that she first began understanding through her training as a chemist and later experienced in prayer.

"Creation moves me out of my head and connects me to the divine and to the sacred in a way that doesn't happen otherwise," she said. "It has to be a conscious openness — not a focused attention, but an openness." 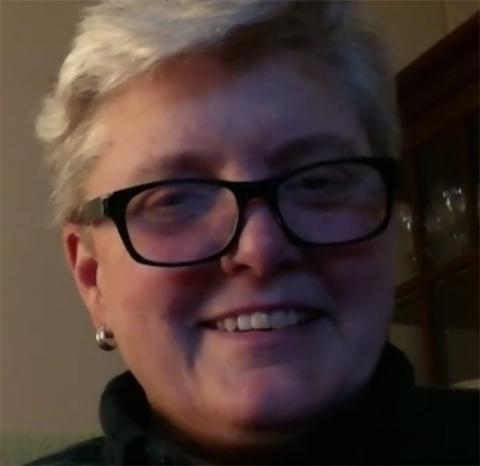 For Glavin, participating virtually, rather than in person, had an advantage.

"It didn't make me feel disconnected," she said. "In fact, I think it helped me, because at the moment when we were being invited to center, I was able to do that in my own private space. I pray much better when I'm not observed — I guess I can allow myself to be more vulnerable. And I think I allowed myself to open in a way that I might not have if we had been a group of people sitting around in the forest."

The forest therapy walk has had at least one lasting effect for her.

"Next to my prayer chair, in my room at home, I have a plant. And prior to the forest therapy walk, I was pretty inattentive. Like, it was just a plant, you know. I didn't think much about it," Glavin said.

When Frohlich invited participants to connect to an other-than-human being, Glavin went outside and approached a tree that she sees daily.

"I walked over to the tree, and I had this wave of affection for the tree that shocked me," she said.

Since then, she added, "In my prayer in the morning, I am more sensitive to my plant," watering and tending to it. "It's an interesting little phenomenon, a small shift."

Sullivan, who teaches in the graduate program in learning and organizational change at Northwestern University, participated in the forest therapy walk in a park near her home in Winnetka, Illinois. When she heard the invitation to connect with another being, her eye fell on a fallen log, and she began a conversation.

"Initially, I was sort of doing a data analysis with it — like how did you fall, and why are you laying on the ground, did you come from a tree? Are you a branch?" she said. "Then I just started noticing different pieces of it. There were little plants coming out of it, and there was another place that looked like scarring. I was asking questions like, does it hurt?"

Noticing the decay, she thanked the log for helping to replenish the Earth.

"I don't know that I got responses back, but I was really moved by being able to ask the questions and kind of be with the log and pass no judgment," she said. "That was probably the most transformative part of that experience. I understood that these are beings, and they're not separate from us." 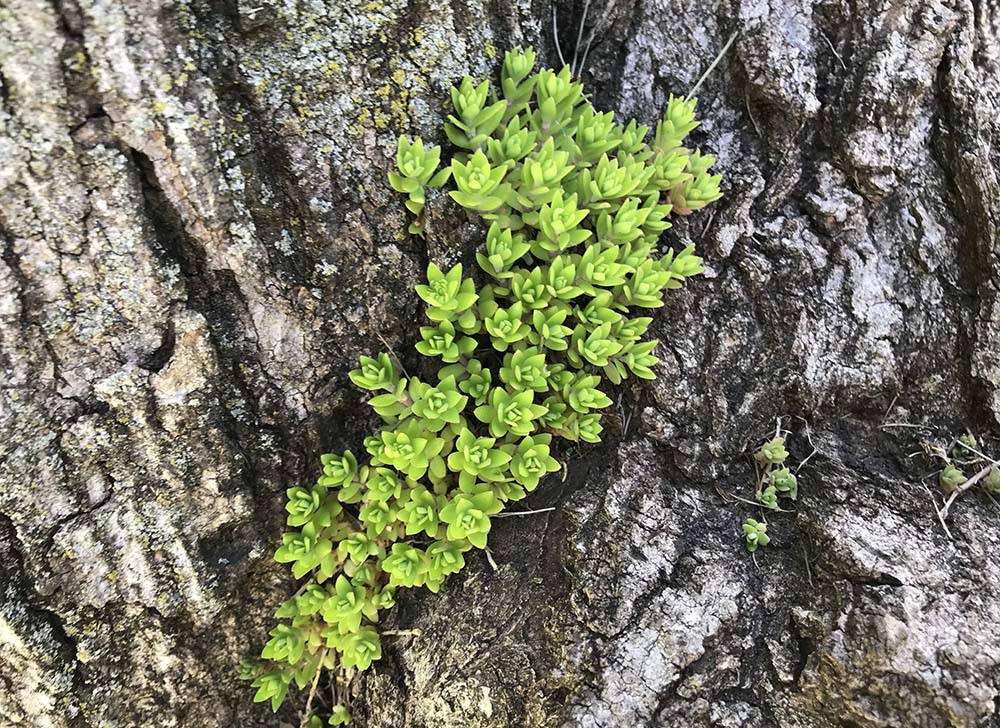 Forest therapy helps Kuang maintain the connection to the natural world that she lost as a child, when — after spending her early years running barefoot in the Chinese countryside – she had to put on shoes to go to school.

"I feel like it's a journey, this righting of the relationship, or deepening the relationship or remembering the relationship. It's not like a switch that we just turn on. For me, it's been an interesting and fascinating journey that just keeps going," she said. "If we recognize that we're interconnected, there's no human health without the health of the planet, we'll be more conscious of the choices we make."

The combination of opening the senses to the natural world and the "radical acceptance" of each person's experience spills over into other parts of Kuang's life. She takes forest therapy walks regularly with her 23-year-old son, who is on the autism spectrum. Afterward, she says, he sits more calmly and moves with less fear.

Walking mindfully in the woods is "an ancient practice," she said, "but made new in this modern age, when it's much needed."