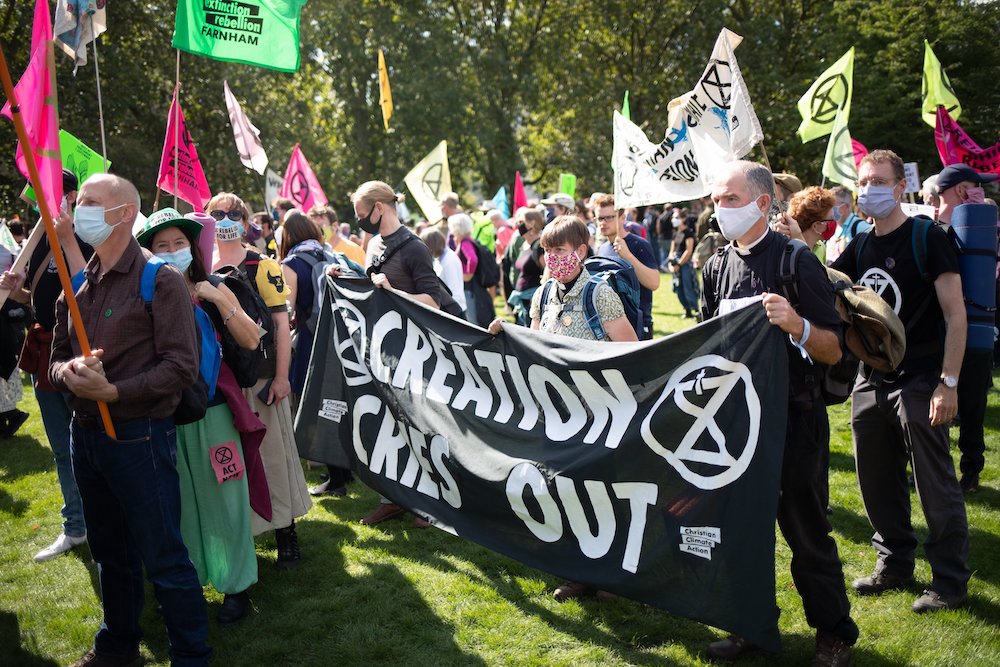 This Advent, the waiting is all-consuming. We are waiting to see how our makeshift Christmas plans will turn out. We are waiting for the end of the pandemic. We await a government transition. Now seems like a great time for Christ to renew the face of the Earth.

For those of us who have watched closely as wildfires and hurricanes devastated our country in 2020, we are also waiting for the world to get serious about action on climate change.

Five years ago, on Dec. 12, the nations of the world finally decided together to stave off the worst of the climate disruption that has threatened lives and livelihoods around the world. Earlier in that year of 2015, Pope Francis created a media storm with his encyclical "Laudato Si', on Care for Our Common Home," followed by his visit to the United States.

For some of us deeply immersed in Catholic messages on ecology, it looked like the wait was over. Catholic statements had been building up to Laudato Si' for decades — for example, even back in 1981, leading U.S. bishops warned of "climatic changes" due to burning fossil fuels that could "jeopardize food supplies" and "trigger catastrophic flooding."

It looked like the wait was over, too, for international action: 194 countries signed the Paris Agreement to keep warming below 1.5 degrees. Two years later, President Donald Trump announced his intention to withdraw the U.S. from the agreement, making our country the only one to pull out.

This action was done even though Paris is actually not even a legally binding agreement — its power is in a public commitment to cooperate for the good of humanity and the planet. In the years that followed, we have heard many reports of countries falling short of their goals. Resume the waiting.

God, however, does not wait! God is at work expanding human hearts, even if we do not always see clear results in politics or economics. All kinds of people have been acting to protect one another and our common home, the Earth, in the ways they can control.

Mayors, county executives, and governors across the country have committed to powering our communities with 100 percent clean energy; in fact, one in three U.S. Americans now live in a jurisdiction with such a commitment.

Many other leaders joined them in formally declaring, "We are still in" the Paris Agreement: faith institutions, businesses, colleges and universities, and health care organizations all pledged to continue climate action to meet our collective goals.

We're phasing down the potent greenhouse gases like hydrofluorocarbons, while phasing up electric vehicles and wind turbines. Solar is booming, including in the Catholic world, with help from Catholic Climate Covenant's Catholic Energies program.

What a year we have had. We have been pummeled by a global pandemic, economic recession, blatant racism and deep alienation from one another through divisive politics. Amazingly, the gloom has not defeated us. Still now, we see people looking to create a post-pandemic future where we do right by our children and grandchildren and act on climate change.

Christ is our light. Where we care for one another, especially those in poverty, we also find Christ. Where protection for God's creation is strong, Christ is there, renewing the face of the Earth. "The light shines in the darkness, and the darkness has not overcome it" (John 1:5).