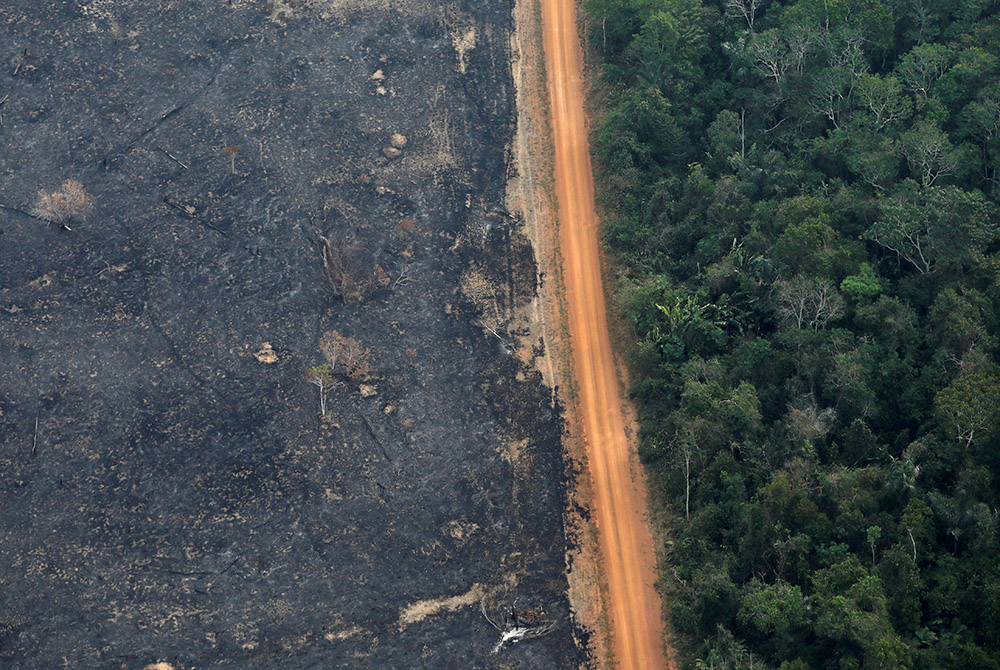 Catholic leaders in the Amazon formed a new church body that will head up implementing the proposals put forward last year at the Vatican's special synod on the Amazon.

The Ecclesial Conference of the Amazon was announced June 29, at the conclusion of a three-day virtual assembly (June 26-29). Its creation fulfills a recommendation from participants of the October Vatican gathering that the church in the Amazon Basin to establish a structure that would promote greater collaboration throughout the nine-country region and serve as a basis for forming socio-environmental initiatives within the church.

In a joint statement, Cardinal Cláudio Hummes, president of the Pan-Amazon Ecclesial Network, or REPAM, and Archbishop Miguel Cabrejos Vidarte, president of the Episcopal Conference of Latin America, or CELAM, called the new church body a "kairos" moment and "a sign of hope" to put ideas from the synod into action.

They said its formation was not only a response to the synod but to the many challenges facing the Amazon, including the global coronavirus pandemic that continues to spread throughout the rainforest and its indigenous communities. Brazil alone has experienced more than 58,000 deaths from COVID-19 and more than 1.3 million cases, both figures trailing only the U.S. among all nations, according to data compiled by Johns Hopkins University. 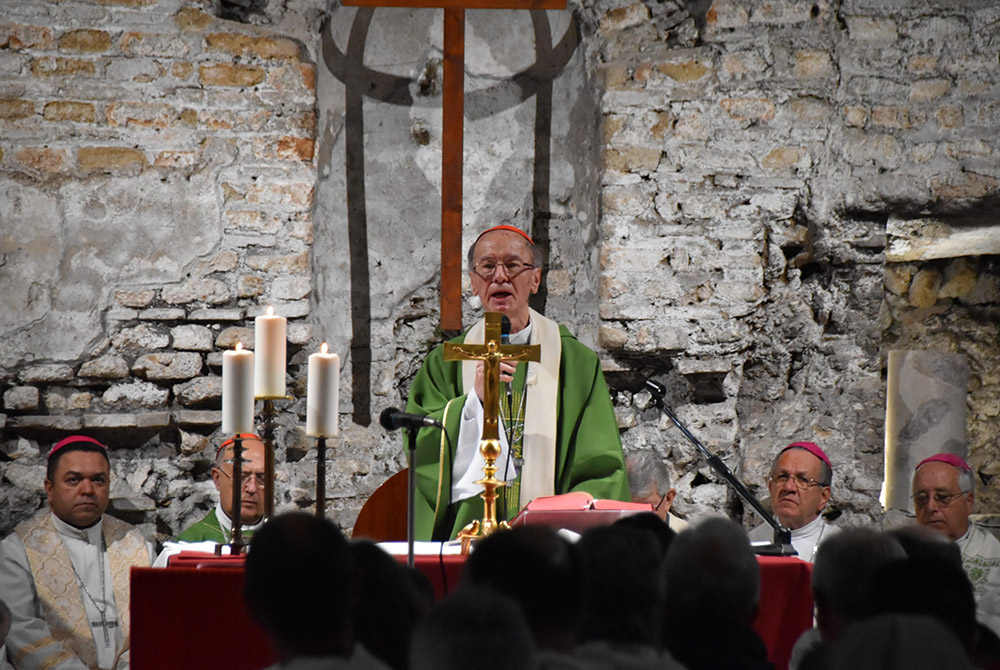 Brazilian Cardinal Cláudio Hummes, relator general of the synod, and other participants in the Synod of Bishops for the Amazon celebrate Mass Oct. 20, 2019, in the Catacombs of Domitilla in Rome. (CNS/Courtesy of Fr. Julio Caldeira-REPAM)

"In these difficult and exceptional times for humanity, when the coronavirus pandemic is strongly impacting the Pan-Amazon region and the realities of violence, exclusion and death affecting the biome and its inhabitants clamor for an urgent and imminent integral conversion, the Ecclesial Conference of the Amazon seeks to be good news and a timely response to the cries of the poor and of our sister Mother Earth," they wrote.

The two bishops said the conference will serve as "an effective channel" for taking up other proposals raised at the Amazon synod from within the region itself.

The Amazon synod, Oct. 6-27, gathered more than 250 bishops, religious and indigenous leaders at the Vatican to address the church's ministry in the South American region and the many threats facing the ecologically critical biome. The final document contained a series of proposals, among them defining ecological sin, developing environmental ministries and programs, aligning the church with indigenous communities and anti-mining campaigns, allowing married permanent deacons to be ordained as priests, and extending ministerial roles for women.

Pope Francis followed that document in February with his own reflections in Querida Amazonia, in which he called industrial development that harms the Amazon and its original peoples an "injustice and crime."

Related: What is ecological sin?

The synod's final document also proposed forming within the church a structure that would "express the Amazonian face of this Church and continue the task of finding new paths for the evangelizing mission, especially incorporating the proposal of integral ecology." They also envisioned it as a way to develop church and socio-environmental networks and initiatives at regional and international levels.

Mauricio López, REPAM executive director, called the Ecclesial Conference of the Amazon "an unprecedented structure," comparing it to the convergence of tributaries into a great river. He told EarthBeat that the synod's final document produced by his count "more than 150 concrete proposals that we cannot leave behind" and that can't be undertaken by any single church entity.

"There are many ventures that the Spirit has revealed to us that do not exceed the institutional dimension, and that require a long-term vision sustained over time. This is what became the Ecclesial Conference of the Amazon," López said.

Members of the assembly unanimously approved forming the new conference. They elected Hummes, who was instrumental in the Amazon synod's convening, as its president and Bishop David Martínez de Aguirre of Peru as vice president.

The conference's executive committee is composed of the heads of church bodies in Latin America: CELAM, REPAM, the Confederation of Latin American and Caribbean Religious, or CLAR, and Caritas of Latin America and the Caribbean. In addition, three indigenous leaders were designated as representatives: Patricia Gualinga of the Sarayakú Kichwa people in Ecuador, Sr. Laura Vicuña Pereira of Brazil's Kariri people, and Delio Siticonatzi of the Asháninka people in Peru.

In the joint statement, Hummes and Cabrejos Vidarte said the conference reflected unity with Francis, himself a native of Argentina, as well as the diversity within the church.