As the Apache people have sought to protect and preserve the Oak Flat area in Arizona from a potential copper mine, they have drawn support from other Native American tribes, conservation organizations like the Sierra Club and Center for Biological Diversity, progressive faith groups, and politicians, including U.S. Sens. Bernie Sanders and Elizabeth Warren.

Recently, their struggle has also attracted the attention of conservative religious liberty scholars.

In the past three months, more than a dozen experts on religious freedom, including prominent Catholic scholars like Helen Alvaré, Robert George and Richard Garnett, have joined several amicus briefs supporting the Apache's legal case.

And in February, the Becket Fund for Religious Liberty became counsel in a federal appeal for the Apache Stronghold, the nonprofit community organization working to defend Chi'chil Biłdagoteel, the Apache name for Oak Flat, and other sites considered sacred by the Apache people and other Native Americans.

The case is one of a growing number in which Native American and Alaskan tribes assert that extractive and construction projects on land they view as sacred amount to violations of religious freedom.

The struggle over Oak Flat began in 2014, when Arizona legislators, including Sens. John McCain and Jeff Flake, attached a land-swap rider to the annual National Defense Authorization Act that approved the transfer of 2,400 acres in the Tonto National Forest, which includes Oak Flat, to Resolution Copper, an Australian mining company.

The San Carlos Apache Tribe and its backers say the copper mine will create a 2-mile-long, 1,000-foot-deep crater that will destroy Oak Flat and make it impossible for tribal members to pray and conduct ceremonial rituals on the land.

Legal action picked up earlier this year, after the outgoing Trump administration fast-tracked the federally required environmental impact statement. That document, published in January, triggered the clock on the 60-day period to complete the transfer.

On March 1, days before the transfer was set to finalize, the Biden administration withdrew the environmental impact statement, a move that postponed the transfer for months, but did little to alleviate the Apache's fears that it will ultimately occur. 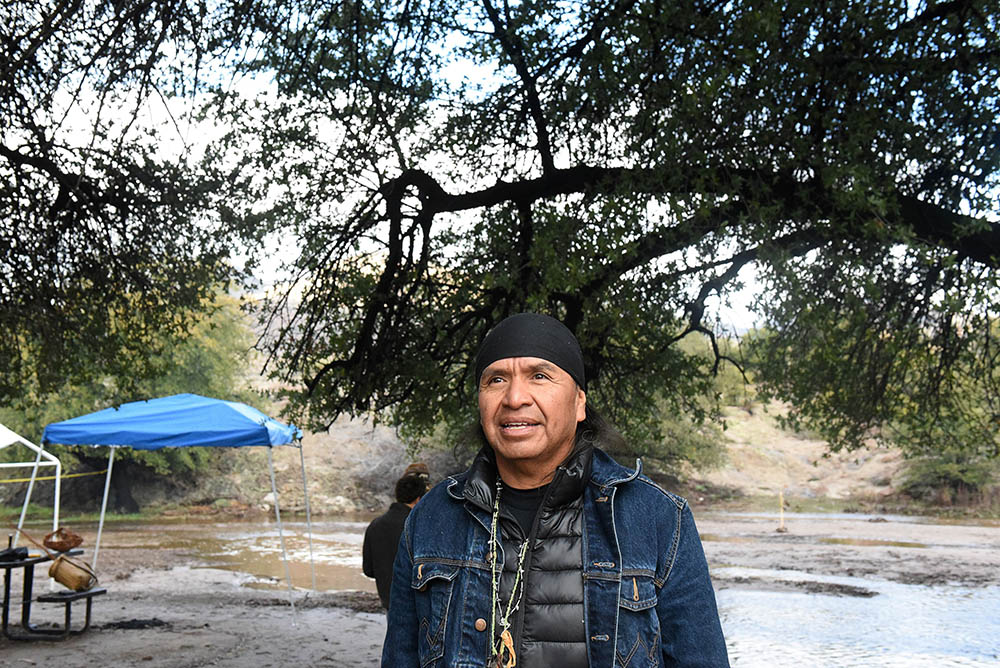 "They are just attempting a temporary strategic retreat. They still intend to try and give away our sacred land," Apache Stronghold leader Wendsler Nosie Sr., a former San Carlos Apache tribal chairman, said at the time.

Several ongoing lawsuits have attempted to cancel the land exchange. The next court filings are expected in mid-May.

Becket, which joined the case at the request of Apache Stronghold, argues that the Apache people and their access to Oak Flat are protected under the Religious Freedom Restoration Act, or RFRA, the 1993 law that prohibits the federal government from imposing a substantial burden on the practice of religion guaranteed under the First Amendment.

"The government has historically done a number of terrible things to suppress Native American religious practices. And even today, the government will unfortunately, often carelessly, or in this case intentionally, allow the destruction of Native American sacred sites," said Luke Goodrich, vice president and senior counsel at Becket who is representing Apache Stronghold.

Interest in protecting Native American sacred sites, which often are located on land that the federal government took from tribes by force, is one reason Becket took the case, Goodrich told EarthBeat. Another is the precedent that permitting the land transfer could set for other religious communities.

In recent years, RFRA has been the basis for high-profile cases before the U.S. Supreme Court, including victories for Hobby Lobby and the Little Sisters of the Poor in their opposition to providing access to contraceptives through health care plans. But the law has yielded fewer wins for Native tribes.

"While free exercise is being expanded for conservative Christians, it seems only to rub off on Native Americans and other religious minorities if they're locked up in prison," Michael McNally, a professor of religious studies at Carleton College and author of Defend the Sacred: Native American Religious Freedom Beyond the First Amendment, wrote in an essay as part of an October forum on Indigenous rights, sacred sites and religious freedom hosted by the Berkley Center for Religion, Peace and World Affairs at Georgetown University.

Before Oak Flat, Becket has taken on other cases involving Native American religious practices. In 2016, it reached a settlement with the federal government to protect Native Americans' use of eagle feathers in religious ceremonies. And the firm continues to represent members of the Klickitat and Cascade Tribes of Yakima Nation in Slockish v. U.S. Federal Highway Administration, which seeks financial relief after the government in 2008 bulldozed sacred sites, including a sacred altar, burial ground and old-growth trees, as part of a highway expansion near Mount Hood in Oregon.

The Slockish case has been on the radar of religious liberty scholars for years, and has also sparked their interest in Oak Flat.

Stephanie Barclay, director of the Religious Liberty Initiative at the University of Notre Dame, worked on the case during her time at Becket. The religious liberty clinic, formed in June 2020, has also filed several amicus briefs in the Oak Flat case.

'If taking away completely a Native American group's ability to practice a religion is not a substantial burden, then what is?'

In a recent article in the Harvard Law Review, Barclay and co-author Michalyn Steele critiqued the district court's decision in Slockish that the destruction of sacred sites did not interfere with Indigenous religious beliefs.

"The government in these cases is trying to argue that it should be able to destroy sacred sites with impunity, as long as they're on government property," she told EarthBeat.

"There's a lot of religious groups that would be affected by that if that were really the rule," she added, such as Catholic missions on federal property in the West or churches located at the Grand Canyon.

In a 5-3 decision in that case, the justices concluded that a highway and logging project through the Six Rivers National Forest in Northern California, while likely to irreparably damage Native sacred sites in the Chimney Rock area, did not constitute a government effort to violate the free exercise of religion or coerce tribes to violate their religious beliefs.

"The Lyng case has been a fly in religious liberty ointment for quite a long time," Alvaré, a law professor at George Mason University, told EarthBeat.

She said many religious freedom experts find Lyng "problematic" because they believe the court ruling narrowed the understanding of what can constitute a "substantial burden" on religion to either a denial of a benefit or punishment for not agreeing to take some action — a standard since applied in other cases.

In their Feb. 28 Oak Flat amicus brief, Alvaré and other religious scholars argue that the court in Lyng acknowledged that had that case involved the physical destruction of a sacred site, as in Oak Flat, it probably would have ruled differently. The brief added that a substantial burden as defined by RFRA exists in the Apache Stronghold case in part because the land is "not simply where Apaches conduct religious ceremonies; it is itself essential to those religious exercises." 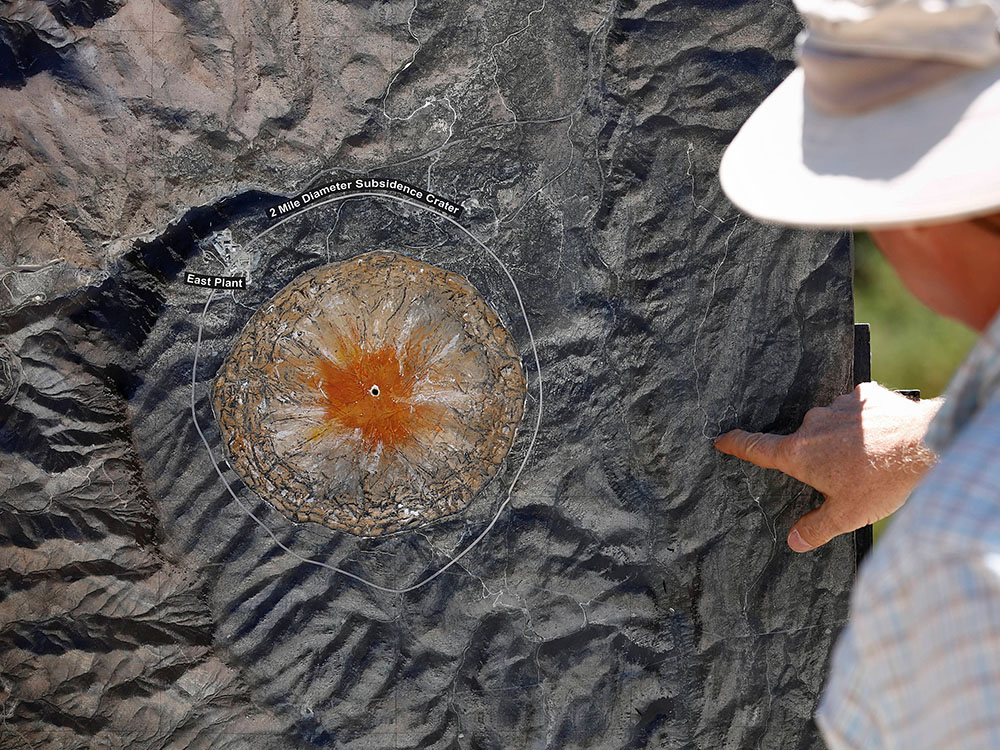 At the Oak Flat Campground on June 13, 2017, a map shows the area of subsidence that could occur if Resolution Copper Mining goes forward with its plan to extract an enormous ore deposit from deep within the earth a few miles outside Superior, Arizona. (Newscom/Reuters/Nancy Wiechec)

Added Alvaré, "And if taking away completely a Native American group's ability to practice a religion is not a substantial burden, then what is?"

All eyes on Oak Flat

The Oak Flat case is the latest in recent years in which Native American and Alaskan tribes have sought to stop extractive and construction projects on land they view as sacred.

While plaintiffs in each of those cases have argued that the development projects would destroy sacred land — with both the Adorers and Standing Rock Sioux invoking RFRA at various points in legal proceedings — few have drawn the same outright support from religious liberty advocates.

One reason is the certainty of destruction, and with it the impossibility for future religious practices, associated with Oak Flat, according to religious liberty scholars who spoke with EarthBeat. They pointed to the U.S. Forest Service's environmental impact statement, which states that the impact of mining on tribal sacred sites, plants and cultural landscapes would be "immediate, permanent, and large in scale."

Thomas Berg, a law professor at the University of St. Thomas in St. Paul, Minnesota, who signed onto the amicus brief, said the physical destruction of sacred sites, in a case like Oak Flat, "is a step beyond" other situations, where the threat — such as interference with the integrity of the land or the potential for an oil spill — may be less certain. 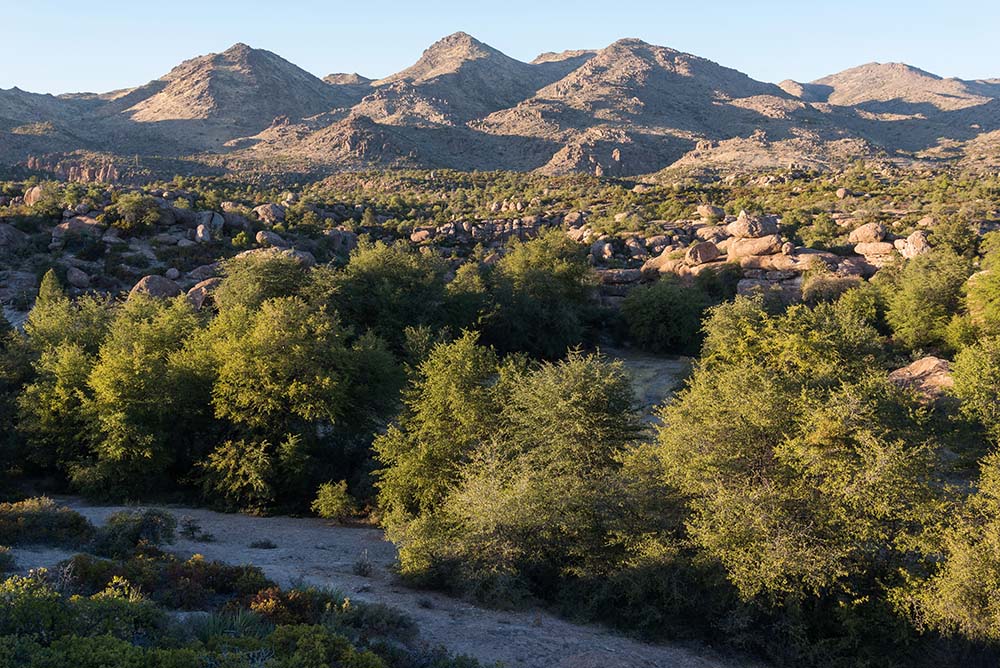 "Those other claims deserve more weight than courts have given them; but physical destruction is still a step beyond," he said.

Another reason for the scholars' involvement is more straightforward: They were asked.

When asked if Becket considered representing groups opposing the pipeline projects, the firm said it could not comment due to ethical restrictions on disclosing certain interactions with clients or potential clients.

Goodrich told EarthBeat that in general the firm looks for cases that could set precedents broadening protections for religious freedom. Both the Apache Stronghold and Slockish cases, he added, would be steps toward putting Native Americans on equal footing with other religious people.

Likewise, the Notre Dame Religious Liberty Initiative is sometimes approached by groups. In other cases, there are legal proceedings it is watching or faculty are following, and the initiative sometimes encourages other groups to file amicus briefs, too.

"People choose their vehicles," Alvaré said. "And this one is a good one in part because the destruction is so complete, and because the facts are so good that this really is inextricably tied to the religious practice of this particular Native American group."