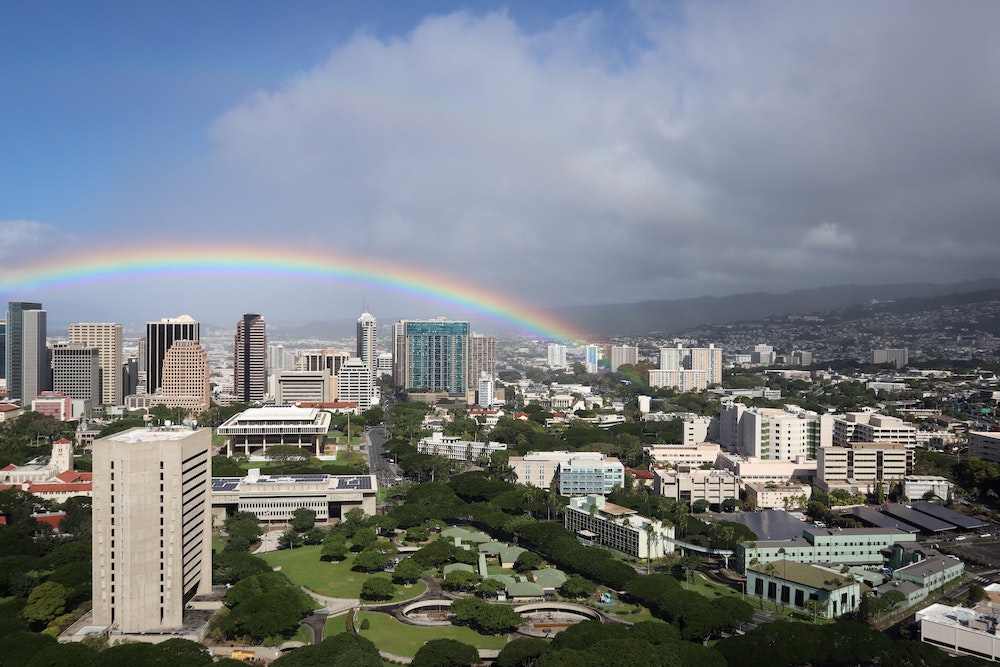 We've long known that to make peace with the planet, we must change our patterns of consumption and our economy. (little plant/Unsplash)

We are not on good terms with the planet.

The coronavirus pandemic should have been enough to tell us that. Viruses that normally exist in wild animals without making them sick can make the jump to humans when the hosts' habitats are destroyed. That disturbance happens constantly in parts of Asia, Africa and Latin America, as forests are razed to make way for farms and ranches.

But in case we need a reminder, a deadly winter storm left dozens of people dead and millions without electricity this past week, in Texas especially, but also in places like Oklahoma and Louisiana.

Scientists don't link specific storms to climate change, but there are some indications that rising temperatures in the Arctic — which is warming at twice the average rate for the rest of Earth's surface — are destabilizing air currents in the atmosphere, making severe weather like the recent storms more likely.

Experts have warned about the risk of pandemics, especially in a warming world, and the risk of more frequent and more extreme weather, but both caught the U.S. unprepared. We are paying the price for ignoring the warnings and failing to take steps to detect and protect against a pandemic virus and to winterize and modernize electricity-generating equipment.

In Texas, faith leaders called out the state government for a lack of preparation that they said amounted to "sheer negligence," as NCR environment correspondent Brian Roewe reports. And Dennis Sadowski at Catholic News Service describes the emergency measures adopted by Catholic Charities in Texas and Oklahoma to provide aid to those affected.

The world is awash in studies that describe the impact of climate change on flora and fauna, oceans, rivers, cities — virtually all ecosystems and all aspects of life. A new report, issued Feb. 18 by the U.N. Environment Programme, urges us humans to change our relationship with the rest of the natural world.

The steps recommended in the report, called "Making Peace with Nature," are not really new. Like preparing for a pandemic and protecting vulnerable energy systems against extreme cold, we know what we need to do to turn down the heat on the planet and protect future generations against the worst impacts of a disaster they did not cause.

Among the top recommendations:

"Reducing inequalities and the risk of social conflict requires the minimization and reversal of environmental degradation and declines in natural resources," the report states. "It also requires structural changes to the economy, including steps to promote equity and address individual and community rights to property, resources and education."

We've long known that to make peace with the planet, we must change our patterns of consumption and our economy — and that for those in wealthy countries who are accustomed to having more than we really need to live, this will mean giving up some things so that all may live decently within the planet's limits.

Nevertheless, the report warns, "The costs of inaction on limiting environmental change far outweigh the costs of action."

Or as Pope Francis once said, "If we destroy creation, then creation will destroy us. Never forget this."

The Bernardin Center at Catholic Theological Union and the Parliament of the World's Religions will sponsor a Buddhist-Catholic dialogue on climate change on Saturday, Feb. 20, from 9 a.m. to noon Central Time. It is the second in a series of interfaith dialogues that grew out of a new guidebook on implementing Laudato Si'.

The retreat, titled "Deepening our Awareness of Love, Compassion and Joy for the Healing of the World," will be facilitated by St. Joseph Sr. Pat Bergen and Ven. Dhammadipa Sak. You can find more information about this and other upcoming events on the EarthBeat Events page.

There's a lot of food for thought packed into Farrell's "Reflections on the Care of Creation," which EarthBeat is excerpting during Lent. Do they spur you, your family or your faith group to action? If so, we'd like to know. Tell us in 150 words or less in a Small Earth Story, or drop us a line at earthbeat@ncronline.org.