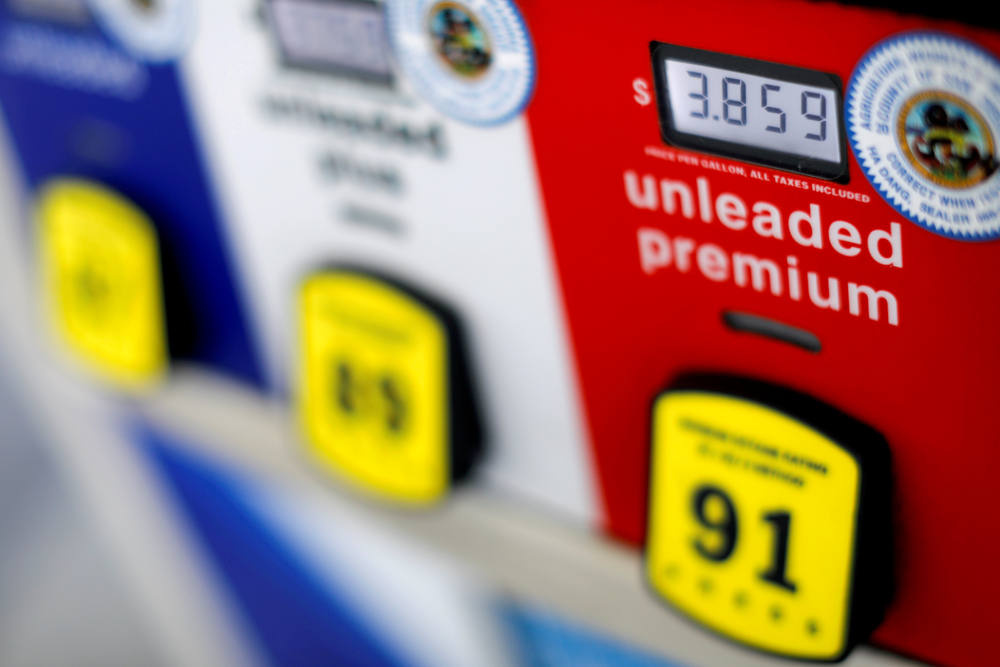 A gas pump is seen in this May 2021 illustration photo. (CNS photo/Mike Blake, Reuters)

If there was any doubt, the recent heat in the U.S. has ensured that summer is here. And if Americans were in need of more proof, they could look to the prices at the pump.

As the country continues to reopen from lockdowns and lack of activity during the coronavirus pandemic, the cost of gasoline too has returned to pre-pandemic levels, and with it the annual price jump that accompanies summer trips and higher temps. In fact, the national average price this week was the highest in seven years, according to motor club AAA, as CBS News reports.

In some news coverage of the rising gas prices, reports have compared prices today to the same point last year, when costs cratered as the pandemic hit new peaks. A fairer, more honest comparison would look to pre-pandemic years.

But how Americans react to the cost of driving their cars, whether they pay heed to the context or not, is an important story to watch as well — in part because of what it means for climate policy.

Biden has pledged to cut U.S. emissions in half by 2030, and a big part of those plans involves addressing emissions from transportation, which currently makes up the largest share (29%) of the country's greenhouse gas emissions, with light-duty vehicles accounting for more than half that percentage.

Coral Davenport of The New York Times recently explored how the president aims to cut tailpipe emissions: by restoring, and potentially raising, fuel economy standards first set under President Barack Obama but rolled back under President Donald Trump; and through investing in electric vehicles, via tax incentives to buy and make them and funding for charging stations, as part of his major infrastructure legislation.

As it stands, the bipartisan infrastructure bill includes just a portion of what Biden proposed in his American Jobs Plan. While it provides some funding toward building 500,000 EV charging stations, it omits tax incentives to entice automakers to build more electric vehicles and for more Americans to purchase them. Despite manufacturers like GM already committed to phasing out internal combustion engines in the next 15-20 years, electric vehicles currently represent a mere 2% of all U.S. new car sales.

All the while, Biden has resisted raising the gas tax to fund his plans to address climate change and transition the country to clean energy, seeing it as overburdening the middle class with the bulk of the costs.

Concerns about fuels costs aren't limited to the U.S. alone. Three years ago, the "yellow vest" protests that broke out across France were triggered by a proposed gas tax that sought to shift the country toward clean energy — a situation Biden and other leaders are likely looking to avoid.

And earlier this week, Eduardo Campos Lima reported for EarthBeat on Catholic leaders in Argentina who are speaking out against energy-related initiatives in their own country.

A bill in the Argentine legislature looks to roll back biofuel requirements for vehicle fuel, which are seen as one way for the country to reduce its own dependence on fossil fuels, amid concerns that fuel costs could spike there. And church leaders have aligned with Indigenous communities in opposing projects for mining lithium, a key material in electric vehicle batteries.

"Electric cars moved with lithium batteries are not 'clean.' We've been destroyed [by mining] for 500 years," Rosa del Valle Aráoz, a Catholic activist and member of the Churches and Mining Network, told Campos Lima.

The report from Argentina, along with how public opinion in the U.S. and elsewhere responds to higher gasoline costs that arise as the planet shifts from fossil fuels, show that any energy transition is unlikely to be a smooth ride, whether weaning off gas or justly developing energy alternatives. How global leaders try to navigate those turns will be a critical part of the global road to net-zero and the drive toward holding temperatures to 1.5 degress Celsisus. And it's something we'll continue to track.

Last week, I reported that the NCR board of directors ratified a new investment policy that divests the publication from fossil fuels. The story generated a lot of reaction among readers.

Patrick Vaughan of Missoula, Montana, called the move "very welcome," writing, "As a South Side Chicago Irish Catholic in his late 70s, I learned, many years ago, to 'follow the money.' If you want to see what an institution really values, look at what it does with its money. I believe this applies to our Church. I was happy to see that both the Irish Catholic Bishops Conference and Country of Ireland have both fully divested from the fossil fuel sector." He went on to ask what have the U.S. bishops done in the six years since the release of Laudato Si' "to bring the climate crisis to our attention?"

Jim Farrell Jr., on the other hand, had this take: "Now that NCR has voted to divest its interests in fossil fuels, the decision should be followed up by individual actions. All employees should be required to sell their automobiles fueled by gasoline or diesel fuel. All travel on airplanes should be canceled. All homes heated by natural gas or fuel oil should be immediately converted to solar or wind energy. As long as the U.S. has any industry, it will need some fossil fuels. Once again, an all or nothing policy is absurd."

As previewed above, the second iteration of the "Laudato Si' and the U.S. Catholic Church" conference will take place July 13-15 online; the conference is free, and registration is required. The opening keynote event begins at 6:30 p.m., Central Time, and will feature Chicago Cardinal Blase Cupich and theologian Maureen Day.

Also on July 13, activists from Canada, the U.S. and El Salvador will commemorate the 12th anniversary of the assassination of Salvadoran water defender Marcelo Rivera. The webinar, titled "The Water Defenders: A Celebration and Reflections on International Solidarity in El Salvador's Victory over Mining," will take place at 7 p.m., Eastern Time, and is hosted by the Institute for Policy Studies and Mining Watch Canada.

In two weeks, the Olympic Games will return, albeit delayed a year (and now without fans in the stands) by the coronavirus pandemic that continues to surge in host country Japan. The competition always brings with it countless storylines, including around climate change.

For the U.S. Track & Field team, the final day of qualifying was delayed by the extreme heat in Oregon, and a report in May found athletes could face further challenges in Tokyo, which according to the British Association for Sustainable Sport has seen average temperatures rise 2.86 degrees Celsius since 1900.

Will you be tuning in to the 2021 Olympics? What stories, climate or otherwise, would you like to see reported by NCR? Drop us a line at earthbeat@ncronline.org, and share your thoughts.

Barbara will be back next week. But as she always says, please forward this email, or pass along the link to EarthBeat Weekly on our website, to a friend who might appreciate EarthBeat.