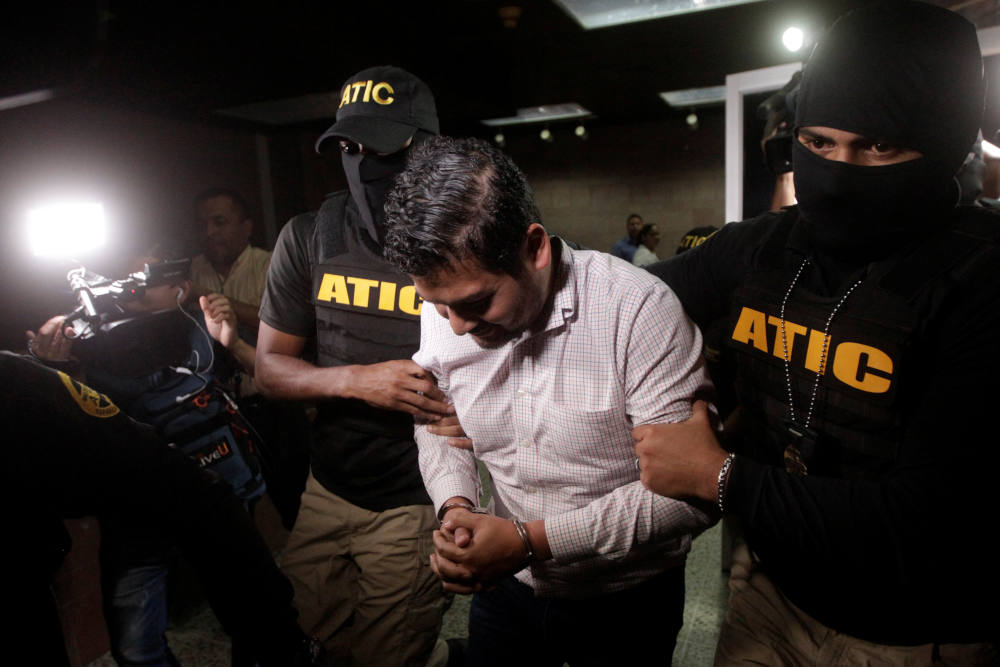 Roberto David Castillo, a former executive with Desarrollos Energéticos, is arrested in Tegucigalpa, Honduras, March 2, 2018. On July 5, 2021, a court convicted Castillo of being a co-collaborator in the 2016 murder of Berta Cáceres, environmental leader and Indigenous rights advocate. (CNS photo/Jorge Cabrera, Reuters)

A court in the Honduran capital of Tegucigalpa ruled that Roberto David Castillo, a former executive with Desarrollos Energéticos, was a co-collaborator in the the 2016 murder of Berta Cáceres, environmental leader and Indigenous rights advocate.

Cáceres led opposition to a dam being built on the Gualcarque River, which was considered important to her Lenca people. Castillo's company was building the dam. Cáceres was murdered in her home in western Honduras.

Seven individuals had been convicted of participating in the attack on Cáceres. Castillo was initially accused of being the mastermind of the murder, but the court convicted him of being a co-collaborator.

"This is a popular victory for the Honduran people. It means the criminal power structures were unable to corrupt the justice system," COPINH, the Indigenous rights organization Cáceres founded, tweeted July 5.

Cáceres was well-known in Honduras for leading opposition to deforestation and hydroelectric projects, which threatened to displace poor and rural populations. In 2015 she won the Goldman Prize, an award considered the Nobel Prize for ecological actions.

Moreno, director of Radio Progreso, credited "international pressure," along with intense social pressure in Honduras, for achieving the conviction.

"If there is pressure to get to these high levels (of society), then one can believe that the wall of impunity is falling," Moreno said July 6. "This trial tells us that those who are 'untouchable,' who have always bought justice, are starting to be touched."

It was a rare case of justice in a country notorious for impunity and where they slayings of people protesting ecological issues and land dispossessions often go unpunished.

Global Witness, a human rights organization, reported in March on the fifth anniversary of Cáceres' murder, "at least 40 land and environmental defenders have been murdered in Honduras since Berta's death."

Read this next: One year after Cáceres murder, US ties to Honduras endure, killings continue
Read this next: For indigenous protesters, defending the environment can be fatal