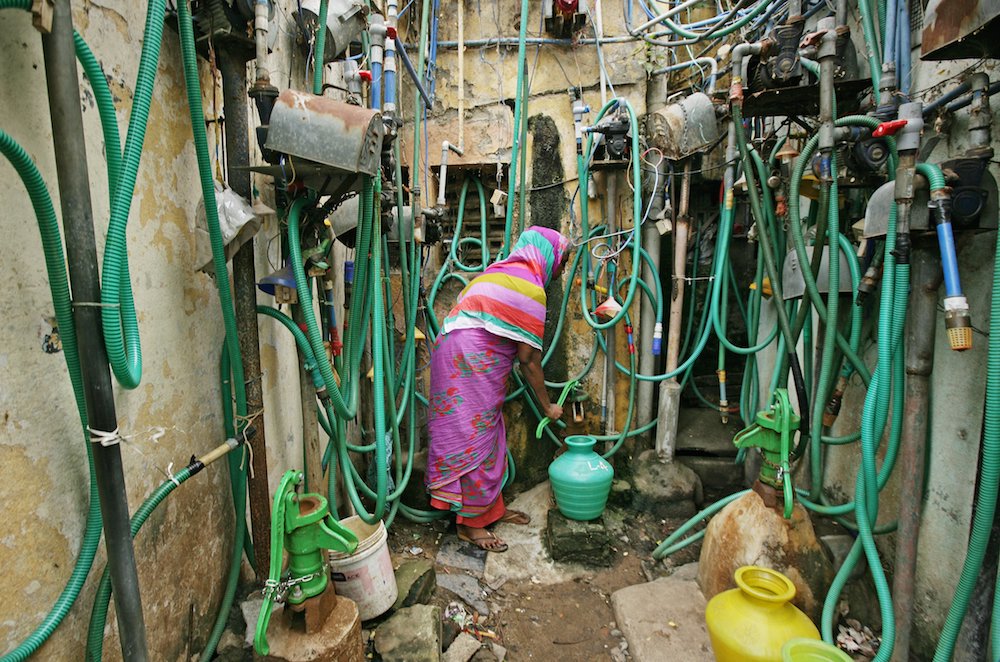 A woman uses a hand pump to fill a container with drinking water in Chennai, India. (CNS photo/P. Ravikumar, Reuters)

Considering how much of our planet is water, it seems strange that we call it Earth, rather than Ocean. So with World Water Day falling on March 22, it is appropriate that the Vatican's Dicastery for Promoting Integral Human Development devoted the week to aquatic ecosystems, drawing attention to and singing the praises of Sister Water, in the spirit of St. Francis of Assisi.

Pope Francis launched the events in remarks after the Angelus prayer on March 21, when he called for clean drinking water and sanitation for all people. More than 2 billion people in the world lack safe drinking water and more than half the planet's 7.8 billion people have no sanitation facilities, according to the World Health Organization and UNICEF.

In 2020, amid the COVID-19 pandemic, the Vatican appealed to bishops worldwide to ensure that Catholic healthcare facilities have "adequate access to water, sanitation and hygiene" — dubbed "WASH" in public health circles. An evaluation of 150 Catholic healthcare facilities in 22 countries is now under way to determine what is needed to meet that goal and how much it would cost.

But the dicastery devoted most of the week to oceans, which cover more than two-thirds of the planet's surface and drive weather, regulate temperatures, absorb carbon and are crucial to supporting life on Earth.

Ironically, despite their vital role, we know less about the oceans than we do about outer space. Even though four out of every 10 people in the world live within about 60 miles of a coast, 80% of the ocean remains "unmapped, unobserved and unexplored," according to the U.S. National Oceanic and Atmospheric Administration. 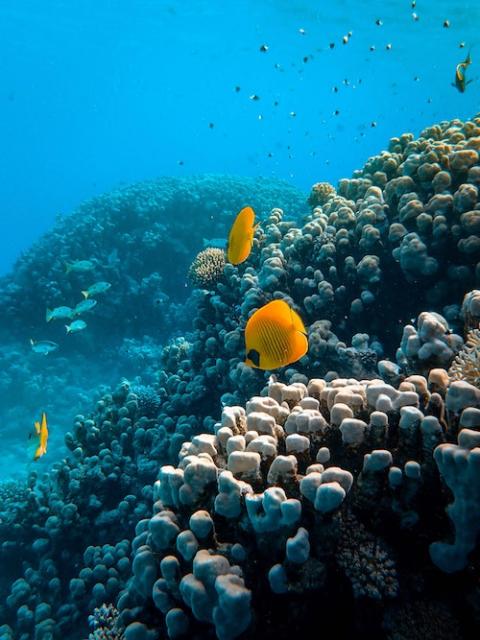 The concentration of populations along shorelines is one reason why ocean pollution has become such a problem. NCR environment correspondent Brian Roewe reports on a major study by 44 scientists in 20 countries that found that pollution of the seas threatens not only marine life, but also human health. Nevertheless, the scientists say, it is still possible to stop the contamination.

Speakers at an online conference sponsored by the dicastery on March 25 stressed that while science is necessary for understanding marine ecosystems and their importance, care for the ocean is a spiritual and ethical concern, and we are all responsible, writes Carol Glatz of Catholic News Service. Recordings of this week's dicastery-sponsored conferences about water, in several languages, are available here.

Anyone who has gone snorkeling or scuba diving around coral reefs probably remembers that first moment of awe, upon swimming into a riot of colors, textures and shapes unlike anything on land. There's a sense of wonder, combined with respect for one's own limitations, because humans can only spend time in that environment by artificial means.

The Guardian has recreated a bit of that feeling with an interactive journey into the depths of the ocean, pointing out some of the wonders of the marine world and the perils it faces.

"Aqua fons vitae, Orientations on Water: Symbol of the Cry of the Poor and the Cry of the Earth," the dicastery's document about water as the source of life, reminds us: "Taking care of springs, water basins and seas is an urgent imperative. However, it is not enough to take care of these, simply to avoid fines or to appear eco-friendly. It is of ultimate importance to respect the intrinsic value of water, in every context."

Here's some of what's new in other news:

"Justice for the Earth" is the theme of a virtual panel discussion to be sponsored by the University of Notre Dame Center for Social Concerns from 11 a.m. to 12:15 p.m. Eastern Time on March 27. Inspired by the Gospel and echoing the bishops' call to simplicity in Justitia in mundo, the panel will explore how we can best advocate for the Earth, from questioning our personal consumption habits and workplace norms to fostering domestic policy and international cooperation.

Water has been symbol of the sacred from time immemorial. What place in your life — a stream, a river, a lake, an ocean — has brought you close to the sacred? We give thanks for these places, and we invite you to share them on EarthBeat in 150 words or less, as a Small Earth Story or by writing us at earthbeat@ncronline.org.