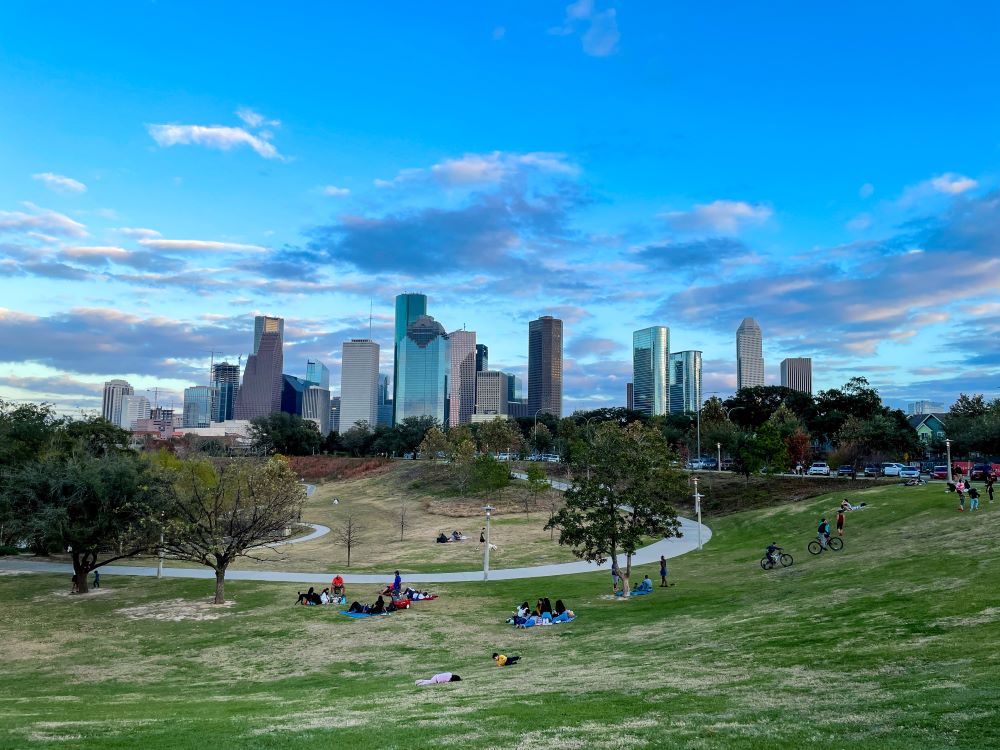 Houston and other urban areas experience warm temperatures because of high concentrations of heat-absorbing surfaces, lack of vegetation and proximity to heat sources like cars and factories. These conditions create the “urban heat island effect,” which can cause illness and affect people's quality of life. Strategies to cool heat islands include increasing green spaces. (Unsplash/flyingqubit)

Hot and humid is the norm for a Houston summer, and air conditioning and staying inside during peak heat are necessities. But many Houstonians can’t take refuge from the heat and are prone to severe heat-related illnesses.

Sr. Ricca Dimalibot, a physician and member of the Sisters of Charity of the Incarnate Word, attends to patients suffering from effects of extreme heat. Dimalibot is medical director of the CHRISTUS Point of Light Clinic, which provides health care to uninsured and underserved in the Greater Houston area.

Her patients include workers with outdoor jobs, elderly people and families that live in large family units. Patients often come into her office with flushed faces because they don't have air conditioning in their cars.

"Many of our patients are the ones who are doing yard work, construction or working in the kitchen, which is also very hot," Dimalibot said. "We’ve had so many suffer from heat strokes. The effects of the heat encompass all the organs of the body, and we've had patients who were really in total system breakdown. Most of them are those who had been working outside in the heat." 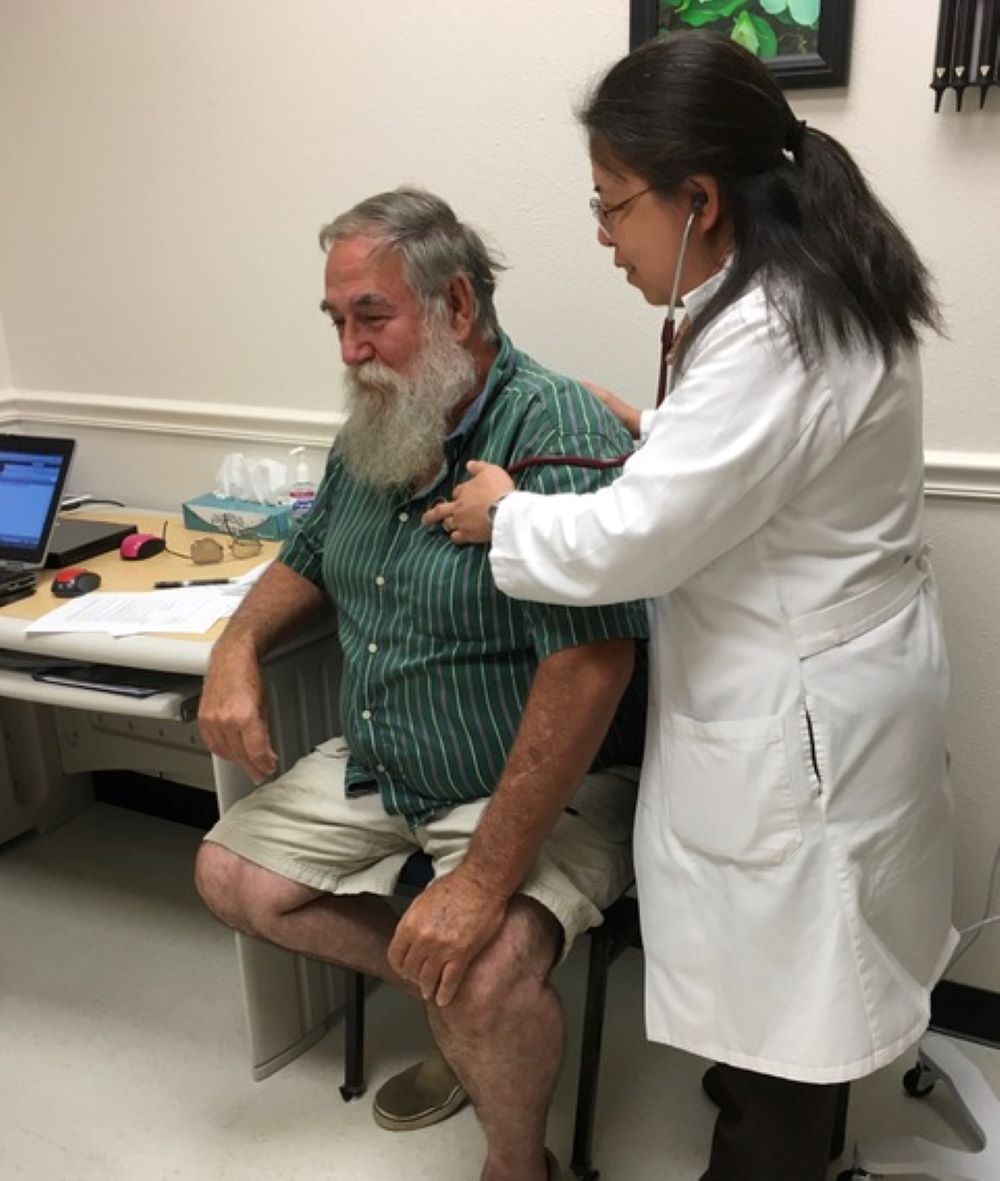 Sr. Ricca Dimalibot, a physician and member of the Sisters of Charity of the Incarnate Word, attends to patients in Houston susceptible to health conditions caused or exacerbated by extreme heat. (Courtesy of Ricca Dimalibot)

Extremely high temperatures can cause heat exhaustion, rashes, cramps and heat stroke, according to the U.S. Centers for Disease Control and Prevention. Heat also aggravates other illnesses, Dimalibot said. For example, a person with hypertension might experience even higher blood pressure in hot weather.

Urban areas like Houston are more prone to warmer temperatures than their rural surroundings because of a combination of factors, including a higher concentration of heat-absorbing surfaces, lack of vegetation and proximity to heat sources, such as cars and factories. The problem is known as "urban heat island effect," and it can cause illness and affect people's quality of life.

In 2020, researchers at the nonprofit Houston Advanced Research Center, or HARC, worked with community groups to map Houston's hot spots. The project was part of a larger initiative led by CAPA Strategies and supported by the U.S. National Oceanic and Atmospheric Administration's Climate Program Office.

While Houston was one of several cities that participated, it was the largest area that had ever been mapped in this way, HARC researcher Meredith Jennings said.

"We had the largest area and the most volunteers that had ever worked together on this format of the heat mapping projects," Jennings said. "It was great partnership between the city, the county and a nonprofit, the Nature Conservancy, and a research group like us, HARC."

To map the city, the coordinators chose a day that was hot but not cloudy. About 80 volunteers drove within a 300-mile radius carrying instruments that collected temperature, humidity and location data.The researchers expected parts of the city to be very hot because of extensive development and lack of tree cover, but there were some surprises. The eastern side of the city, for example, was a lot cooler than the western side.

"Some of that is probably proximity to the coast," Jennings said.

One of the study's most significant public health implications was the high overnight temperatures, Jennings said. Communities near industrial complexes, although they have lower daytime temperatures than more densely developed areas, did not cool down at night.

"It’s probably due to the concrete and just activities happening, energy given off because of those activities made it warmer at night," Jennings said.

"Our bodies really need to be cooler, and there have been studies that temperatures should be about 67 degrees when you're sleeping," so the body can relax, recover and get ready for the next day, Dimalibot said.

A number of her patients are immigrants who live in large households or in apartments shared by multiple families. Even with air conditioning, overcrowding can increase a room’s temperature.

This year, HARC, along with the Desert Research Group, will use the data collected last year to create models to study how high future temperatures are likely to rise and what areas will be most affected, HARC researcher Ebrahim Eslami said. Eslami's team will also study how factors such as the coastal sea breeze influence temperature patterns. 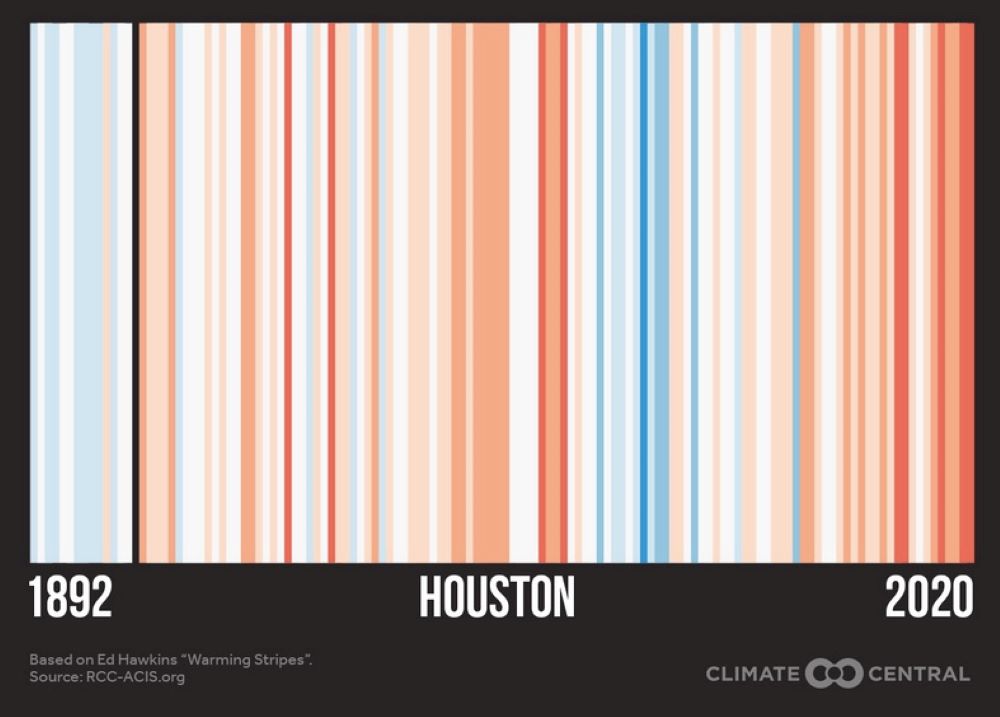 The study will also seek to quantify how Houston might be able to cool its heat islands using mitigation strategies included in its Climate Adaptation Plan. These strategies include greening the city and promoting the installation of rooftop solar panels. The team will also calculate how future development in currently open spaces could increase temperatures in the city.

Eslami said the modeling used in Houston can be used in other cities, as well. The researchers would like to use the data they've collected so far to help guide local officials and expand partnerships to find solutions.

Turning down the heat

Finding ways to reduce the effects of urban heat islands will become even more imperative as climate change threatens to exacerbate the problem. Over the next 20 years, summers in Houston are expected to be a month longer than they were in the 1970s, 1980s and 1990s, according to a 2020 climate assessment for the city. By 2050, summers could be 40 to 55 days longer.

"I'm a firm believer that in order for us to really be mobilized in caring more for our environment, every single one of us should learn how to put the environment as a kin, as a family member."

Extreme heat is dangerous, and climate change compounds the problem, Dimalibot said. Many of her patients work in jobs that don't allow them to take paid time off for follow-up doctor visits, and some who are ill cannot afford to change jobs.

"How do you tell a construction worker, 'You can't work there anymore,' even though they have kidney problems and heart problems?" she said. "They shouldn't be working construction, but how do you tell the person not to do that when that's their source of income?"

Dimalibot tries to educate her patients about the dangers of heat exposure, encouraging them to take breaks and drink plenty of water. In addition to working at the two standalone clinics, she also sees patients at a mobile clinic, using the opportunity to provide community education about health and staying safe in the heat. Language can sometimes be a barrier. Dimalibot has a number of patients from Guatemala who speak K'iche'. She would like the city to invest in more interpreters.

Turning down the heat in the urban neighborhoods most affected by rising temperatures will require large, long-term projects by the city and county governments, such as greening urban areas, HARC researchers said.

In the short term, the city will need strategies such as providing cooling centers for communities and letting people know where they can find those centers, the scientists said. 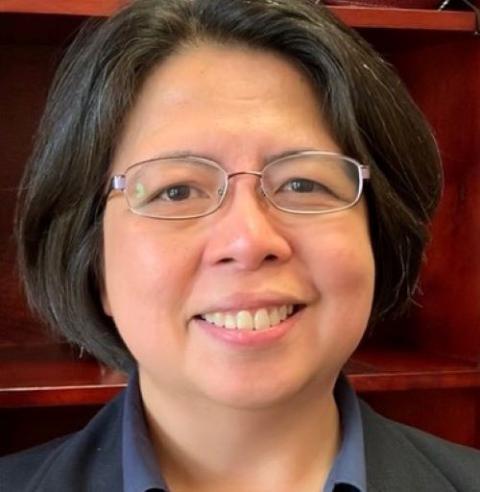 Sr. Ricca Dimalibot, a physician and member of the Sisters of Charity of the Incarnate Word, is medical director of the CHRISTUS Point of Light Clinic, which provides health care to uninsured and underserved patients in the Greater Houston area. (Courtesy of Ricca Dimalibot)

Dimalibot said that for her patients, access to more cooling stations, especially in low-income areas, is important, as is identifying communities and neighborhoods where they are needed.

Heat disproportionately affects low-income communities with which many faith-groups work, because families in those neighborhoods often lack air conditioning, rely on public transportation and have to wait in the heat, and are more likely to have jobs where they are exposed to the elements.

Although Houston faith leaders say their organizations are not directly involved right now in projects to reduce the effects of urban heat islands, religious groups are speaking out more about climate change and other environmental issues.

In 2019, Catholic, Lutheran, Methodist, Episcopalian, Unitarian, Baptist, Evangelical, Presbyterian and Serbian Orthodox church leaders gathered with public officials and environmental advocates to mark World Day of Prayer for the Care of Creation, which focused on the ecological crisis of climate change and its impacts on communities, Dimalibot said.

Her congregation, which hosted that event, also recently completed an energy audit, which the sisters hope will lead to more efficient use of electricity and water.

But Dimalibot believes that stronger action on climate change ultimately depends on a change in people's attitudes toward the environment.

"I'm a firm believer that in order for us to really be mobilized in caring more for our environment, every single one of us should learn how to put the environment as a kin, as a family member," Dimalibot said. "We would probably be able to care for it better if we look at it that way."