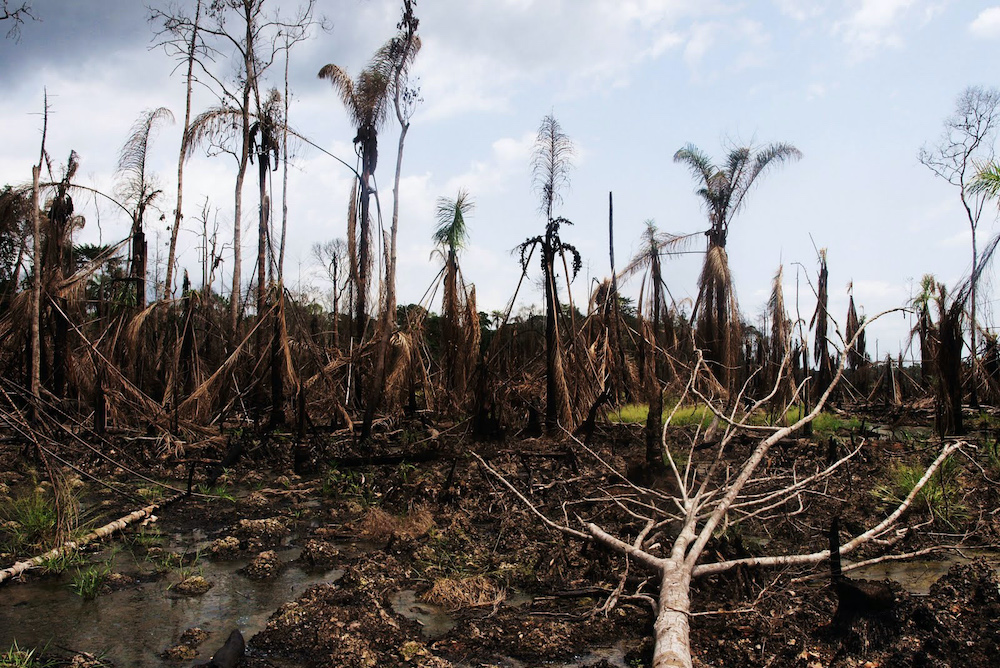 Simon Ayafa has witnessed oil pollution in the Niger Delta region since he was 15. Now, at 35, he feels the region has been made uninhabitable by decades of oil spills.

"You to go the stream to fetch water and you get oil," said Ayafa, who is a parishioner at St. Paul's Catholic Church in Bodo, a fishing village that has suffered from massive oil spills. "You go to the farm and the crops are damaged and cannot produce because of pollution. That is our fate here."

A series of pipeline spills between 2008 and 2009 left the entire area flowing in oil. With support from Amnesty International, the community took legal action against Royal Dutch Shell. The case was settled out of court in 2015 for the equivalent of about $36.6 million, with part going to the community and the rest divided among the community's residents.

Now a handful of farmers from two other communities, who stood up to the oil giant over spills that occurred between 2004 and 2007, has won another landmark case.

On Jan. 20, a Dutch court ruled that Shell's Nigerian subsidiary, the Shell Petroleum Development Company of Nigeria (SPDC) was liable for oil pollution in several farming and fishing communities in the Niger Delta region where many families are Catholic.

"This is a victory for the people and for a region which has been so badly affected by pollution," said Fr. Paul Nsoka, a priest of the Portharcourt Diocese, which has over 1 million Catholics.

"The water, farmlands and other sources of livelihood of the people have been largely affected because of some cheap gains, and the government over the years has been paying lip-service to issues of pollution by multinational oil companies affecting its citizens," he added.

Nsoka said that despite the cost and damage in the region, the ruling constituted "environmental justice."

Besides holding the Nigerian subsidiary responsible, the Court of Appeals in The Hague ruled that Shell, which is based in Holland, had breached its "duty of care" in its operations abroad. It ordered the subsidiary to pay compensation to the farmers and begin cleanup of the polluted areas.

Now another lawsuit looms. On Feb. 12, the British Supreme Court ruled that a group of Nigerian farmers and fishermen can sue Shell in English courts, overturning lower court rulings that had blocked such suits.

The two villages covered by the Dutch court ruling, Oruma and Goi, in the Nigerian state of Rivers, have suffered for years from the environmental impact of the pollution. Shell claimed that the spills were caused by sabotage, but the court rejected that argument, saying the company had not provided enough evidence to support its claim.

A ruling in a third case involving an oil well in the village of Ikot Ada Udo is pending. In that case, the spill was caused by sabotage, but the court has not determined whether Shell can be held liable and has requested clarification about the extent of the pollution caused by the spill.

Details of the compensation in the cases of Oruma and Goi were not disclosed.

For the past 13 years, four Nigerian farmers who have become environmental activists from the region have been representing the affected communities and leading efforts to get justice for those affected by the pollution. With support from the nonprofit environmental group Friends of the Earth Netherlands, the four launched their lawsuit against Shell in 2008. 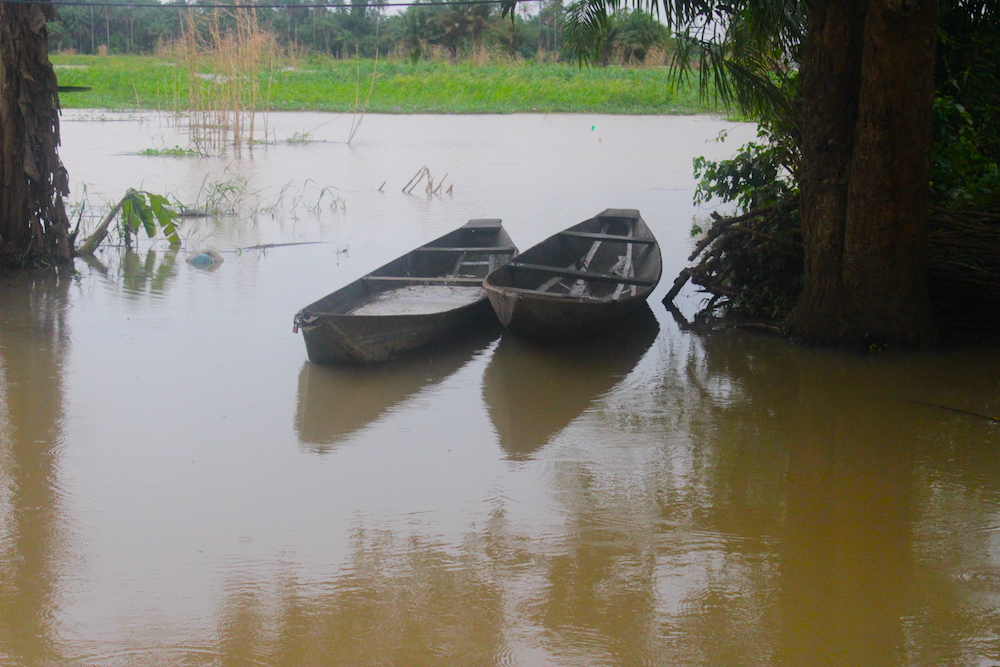 Fishing has become almost impossible in rural communities in the Niger Delta as oil spills have contaminated water sources. Locals say the recent court judgement might help them. (Patrick Egwu)

The four have sought compensation for damage and loss of livelihoods that they say they suffered from spills of crude oil from a well and pipelines. They demanded that Shell clean up the contamination more thoroughly and take measures to prevent a recurrence. The court also ordered Shell to build a better warning system in the affected villages to alert residents to possible leaks.

"Finally, there is some justice for the Nigerian people suffering the consequences of Shell's oil," Eric Dooh of Goi, one of the plaintiffs, said in a statement from Friends of the Earth Netherlands. "It is a bittersweet victory, since two of the plaintiffs, including my father, did not live to see the end of this trial. But this verdict brings hope for the future of the people in the Niger Delta."

In the same statement, Rachel Kennerley, climate campaign manager at Friends of the Earth Netherlands, called the court ruling "a fantastic victory."

"For too long, companies like Shell have been shirking their responsibility for the impact of the dirty industry they push on communities around the world," she said. "Thirteen years of fighting for justice has finally turned this around, and today's judgment is a wakeup call for polluting companies and governments everywhere."

She also called for the British government to end its investment in fossil fuel projects overseas "unless it wants to face legal challenges."

Pollution from oil operations in the Niger Delta has been affecting local farmers since commercial production for export began in 1956. Contamination left multinational by oil companies and their subsidiaries — including U.S.-based Chevron Corp, Italy's Agip and the Nigerian subsidiary of France's Elf Aquitaine, now TotalFinaElf, as well as Shell — has fouled the waterways and destroyed farmlands of local communities that largely depend on fishing and small-scale farming and trading.

The decades of pollution have led to growing protests and the rise of militant groups opposing oil companies in the region. This has resulted in a series of abductions of foreign oil workers for ransom and bloody clashes with security forces. Indigenous communities, landless farmers, women, trade unions and fishers whose livelihood has been affected have often joined the protests. 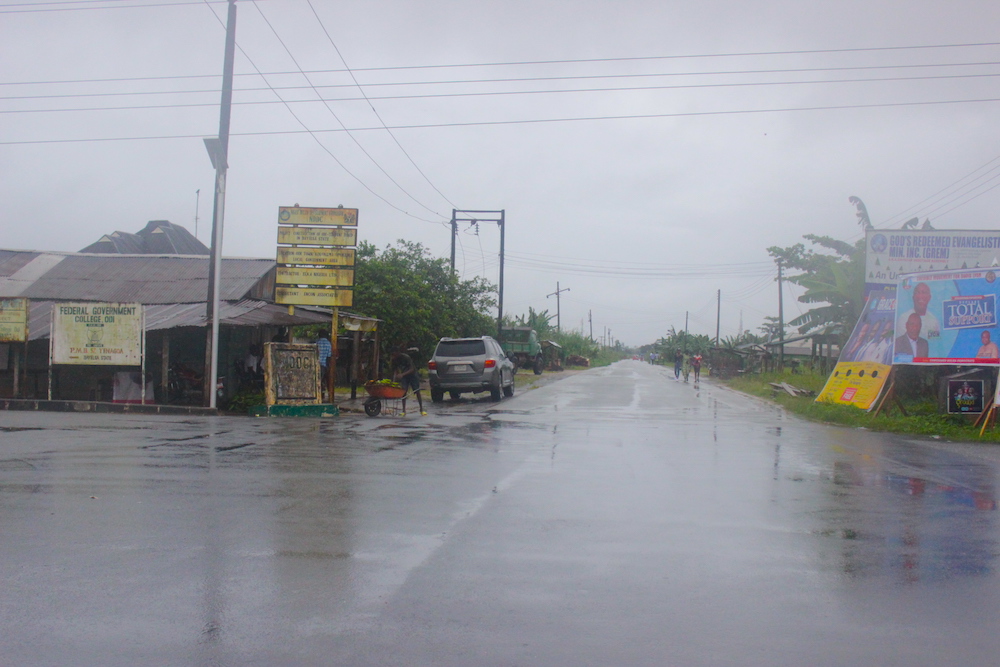 Even though petroleum contributes about 70% of Nigeria's revenue, development and facilities are lacking in most oil producing communities especially in the rural areas. (Patrick Egwu)

The court ruling could mark a turning point. Catholics in the affected communities who spoke with EarthBeat welcomed the decision, but they said much must be done to clean up the pollution in the region.

"This has been a natural injustice the people are facing, but with this [court ruling], the people will find some form of compensation to fall back on," he said. "Our community has been rejoicing because of the outcomes."

The report, which took 14 months to complete and was released in August 2011, proposed a project that would involve cleaning up the contaminated water, wells, soil and mangrove swamps, and establishing a soil management center with hundreds of mini-centers that would treat contaminated soil, creating hundreds of jobs.

The report projected that a thorough cleanup would take 25 to 30 years and proposed that Shell and the Nigerian government share the cost, which was estimated at some $1 billion for the first five years. 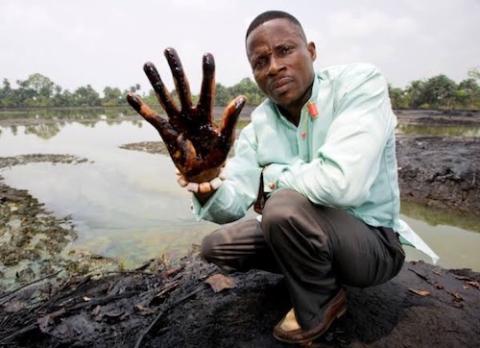 A man holds up an oil-covered hand in the Niger Delta area, May 30. 2019. (Wikimedia Commons/Ucheke)

In 2016, President Muhammadu Buhari announced that the government planned to begin the cleanup recommended by the UNEP report. Work was started that year in the village of Bodo, but progress has been slow. The agency overseeing the cleanup, the Hydrocarbon Pollution Restoration Project, says it has received only $180 million of the $1 billion supposedly earmarked for the cleanup.

Residents of the affected communities say they doubt that the government will ensure that the cleanup is completed. Questions have been raised about the qualifications of the coordinating agency's subcontractors, and civil society groups have accused the agency of corruption and contract scams.

"Everyone thinks the government is not serious with this [clean-up] and only doing this for political gains," Nsoka said. "It's been about five years now since they started, and we are yet to see the impact."

Meanwhile, oil pollution continues in the Niger Delta region, leaving much of the region uninhabitable. This has led to small-scale migration, as residents of affected communities have left their homes and livelihoods and moved to other areas with less impact.

"It will take a very long time before the region becomes the way it has been before oil exploration and, of course, pollution started taking place here," Takai Dome, an environmental activist who has been following the court cases and developments in the region, told EarthBeat. "The impact will still be there and on the way people in affected communities lead their lives." 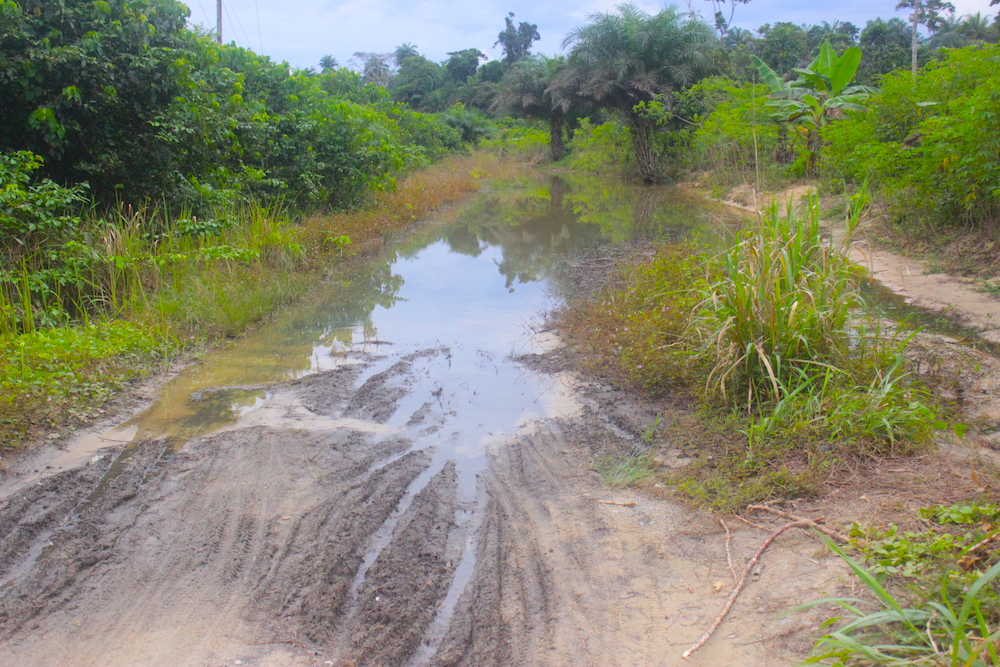