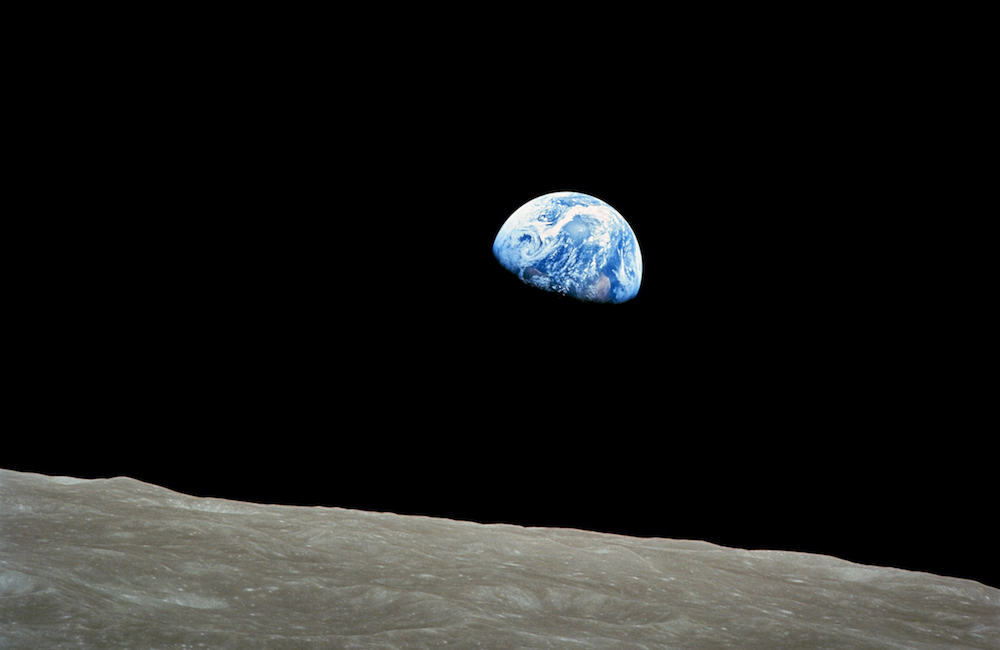 Earthrise is a photograph of the Earth and parts of the Moon's surface taken from lunar orbit by astronaut Bill Anders in 1968, during the Apollo 8 mission. (Bill Anders/NASA/Creative Commons)

Scientists are warning us that because of global warming, civilization is headed toward the worst catastrophe in human history. Unlike a war, a pandemic or a depression, this is not a disaster we can recover from in a few decades. This is a calamity that will take centuries, if not millennia, to recover from, if recovery is even possible.

Sadly, most people look upon scientists as Cassandras whose warnings can be ignored. "Sure, it is hotter; sure, forest fires are raging; sure, storms are bigger. But I have more immediate concerns to worry about" is the response of most people.

As a result, politicians are not willing to make the hard decisions that will save us from the coming apocalypse.

The report of the U.N. Intergovernmental Panel on Climate Change, released Aug. 9, makes clear global warming is no longer a theory — it is a proven reality.

Here are the facts: The world is 1.1 degree Celsius warmer than it was before the Industrial Revolution, and it is on an alarming trajectory to go up another half degree by the early 2030s. This is due to human use of coal, oil and gas.

These numbers may sound infinitesimally small, but if the world reaches 2 degrees above preindustrial levels, we will see cataclysmic changes in the environment. The Greenland ice sheet will slide into the sea and we will see a six-foot rise in sea levels, enough to swamp most coastal cities. Glaciers and snowpacks that provide water to cities and farms will disappear. Aquifers will be tapped out. Farmland will become deserts. Starvation will occur on a massive scale around the world.

Nor will we be able to look to the seas to save us. As the oceans get more acidic from carbon dioxide, coral cannot survive. Coral reefs and kelp beds, the nurseries of marine life, are already dying off. When they are gone, fish species will go extinct.

As Pope Francis has taught us in his 2015 encyclical Laudato Si', this will take both individual and systemic conversion because it will require sacrifice on an enormous scale. Every person must reduce their carbon footprint, but economic systems must also change. Economists recommend carbon taxes to discourage carbon consumption, but regulations will also be needed to force businesses to do the right thing despite market forces.

Currently, this seems politically impossible because there is no sense of urgency among the public. In the COVID crisis, it took thousands of deaths each month to convince America to take the pandemic seriously, and still some do not. If we cannot respond to a crisis we can see right now, how will we respond to a crisis in the future that too many refuse to see?

My only consolation is that Catholicism, through the pope, is on the right side of history for once. Sadly, too few of our bishops are following him and doing anything about the crisis. When was the last time you heard your bishop speak out on climate change?

As Pope Francis said, concern for the environment can no longer be an optional or secondary aspect of Christianity. It must be central to who we are as Christians. We must care for God's creation; we must protect the Earth and all that lives on it. Otherwise, our children and grandchildren will experience the apocalypse.

Read this next: Earth's climate outlook grim but not hopeless, faith leaders say
Read this next: How Pope Francis and Vatican activists helped rein in Big Oil on climate change