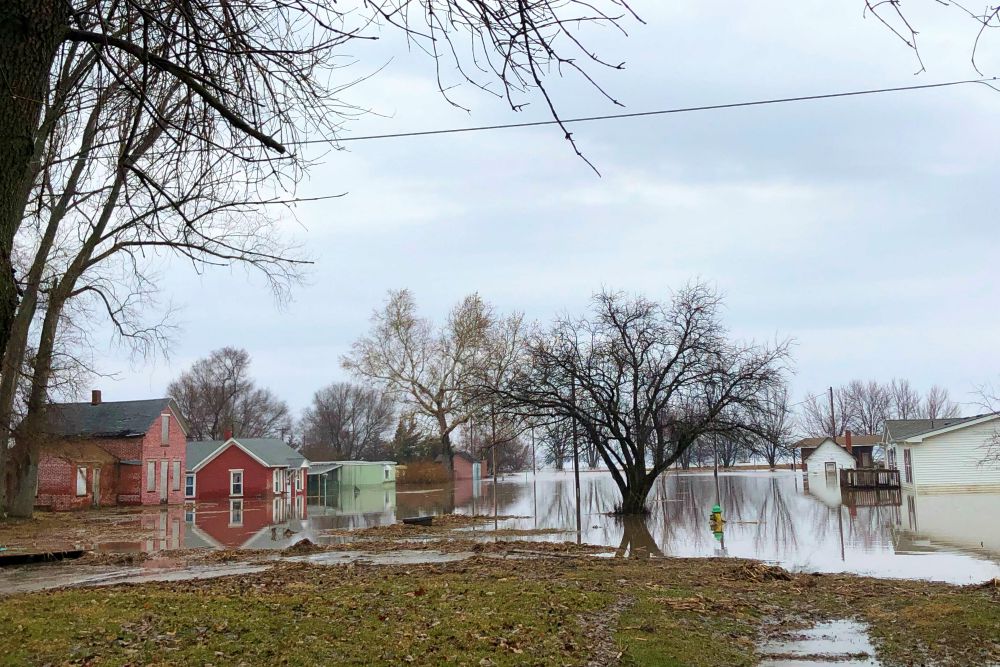 Last year's corn stubble poked through the muddy Iowa flats, stretching for what seemed like hundreds of miles beyond the train window.

The scene was prophetic, given our destination.

I don't travel much by train, and certainly not on long trips. But my wife and I took one this summer from our home in central Michigan to a climate change conference in Omaha, Nebraska.

The nature of the conference hosted by the Catholic Climate Covenant and Creighton University drove that transportation decision. It seemed appropriate, even ordained.

"Do you want to buy carbon offsets?" my wife asked as she ordered the tickets online.

"Sure," I said, impressed that Amtrak offered that option.

But as I later gazed at the muddy Iowa cornfields rolling by the window, I wondered: "Does it matter?"

Instead of last year's brittle stubble, I should have been looking at green corn stalks at least waist-high. Flooding kept many Iowa farmers from spring planting this year. It is the kind of agricultural disaster caused by the extreme weather that scientists say occurs more frequently as the globe's average temperature warms.

Elsewhere, a record number of fires blazed across the Amazon, releasing yet more heat-trapping gases while destroying the trees that are most effective at capturing them.

Record heat was on track to melt at least 440 billion tons of ice from Greenland by the end of summer. And Iceland held a funeral for a glacier that once encompassed six square miles.

My train travel and carbon offsets didn't seem like much of an answer.

When we base purchasing decisions on a response to a planetary crisis, we hope that if enough of us do the same, we may stave it off. It's a reasonable assumption.

These are voluntary actions — most of them save money for those who implement them. But if everyone in the U.S. did them, the societal good would be massive. Within 10 years, the aggregated effort could prevent slightly more than the total greenhouse gases produced by France, according to the researchers at Michigan State University, the University of Michigan and Vanderbilt University who published the study in 2009 in the Proceedings of the National Academy of Sciences.

Paying attention to your consuming choices is smart, said Stacy Mitchell, co-director of the Institute for Local Self-Reliance based in Minneapolis. "It helps you better understand the economy and how it works. That's important."

"It's virtually impossible to align enough consumer decisions to add up to enough to fundamentally change how things work," she said. And there is a danger that when we do, we begin to think it's enough, when in fact, fundamental social and political shifts are required.

"Instead of organizing with our neighbors, we switch laundry detergents and feel like we've actually done something," Mitchell said. 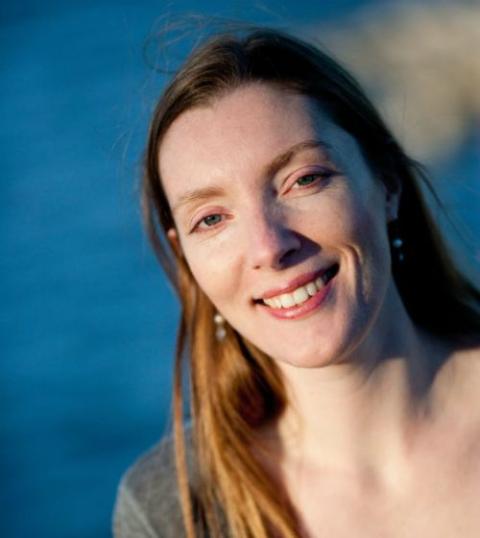 Edward Maibach, director of George Mason University's Center for Climate Change Communication, agrees. Individual actions like buying clean energy or not flying are worth promoting, he said. "But people who are concerned tend to take actions that are only marginally significant, and not take the actions that are most significant, including and especially, political advocacy."

Pope Francis identifies actual individual measures to mitigate climate change in Laudato Si', his 2015 encyclical on the environment. He is a bit more optimistic than Mitchell and Maibach.

"We must not think that these efforts are not going to change the world," he writes. "They benefit society, often unbeknown to us, for they call forth a goodness which, albeit unseen, inevitably tends to spread."

These actions restore our self-esteem, the pope writes. "They can enable us to live more fully and to feel that life on earth is worthwhile."

So, they may help. And they make us feel better.

But the pope, too, warns that they are insufficient for fighting the injustice of rich countries that produce emissions with climate consequences that fall hardest on poor ones: "Social problems must be addressed by community networks and not simply by the sum of individual good deeds," he writes. "This task will make such tremendous demands of man that he could never achieve it by individual initiative or even by the united effort of men bred in an individualistic way."

The pope tells us the hard work is in shifting a culture bent on an unsustainable consumption spree. Less is more, he tells us. Return to a simplicity that allows us to be "grateful for the opportunities which life affords us, to be spiritually detached from what we possess, and not to succumb to sadness for what we lack." 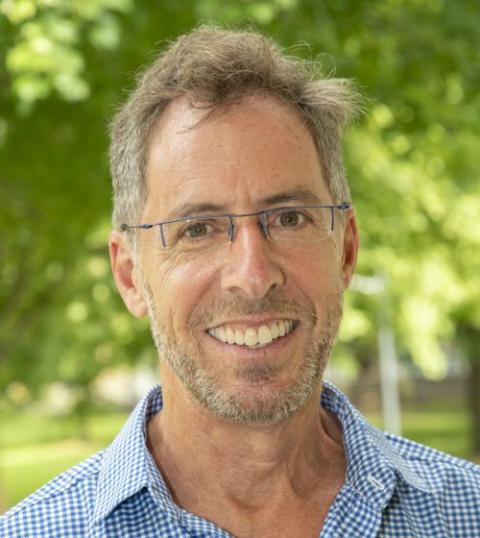 On my train ride to Creighton, while the depressing evidence of a planet in crisis rolled by outside my window, the kind of fix the pope suggests was evident on my side of the same glass. More than half of our train car was filled with members of an Amish community — the folks known for barn raisings, deep faith, simple ways and an avoidance of electricity.

I fly a fair amount for my work. Like most air passengers, I bury myself in a smart phone or laptop. We're packed together, but we are distant from one another in the important ways. There is no such thing as a community of airline passengers. We're more like a jumble of unrelated deliveries, each sealed in our own cardboard and lurching around in the back of an Amazon Prime van.

Aboard the train, two Amish men, arms crossed, chatted quietly. About what? Farming? An upcoming barn raising? Farther on and across the aisle, two Amish women a generation apart laughed, their bonnets nearly touching.

In a nearby row, two children, cheerful and kind, played without a video game in sight. In another, the matriarch of the group shared books and games with a rotating parade of grandchildren. Family and friends were scattered throughout the car.

Far from home, they confidently and happily navigated a strange and perhaps threatening world with a community knitted not by geography, but by a concern for one another. It was a community that traveled well.

The cliché is that money can't buy happiness. It appears that neither is electricity necessary to secure it.

I'm not suggesting that Amish people don't have problems. And I'm not saying the leader of the world's Catholics wants his flock to become Amish. But the pope nudges us their way:

"In reality, those who enjoy more and live better each moment are those who have given up dipping here and there, always on the look-out for what they do not have," Francis writes in Laudato Si'.

"They experience what it means to appreciate each person and each thing, learning familiarity with the simplest things and how to enjoy them. So they are able to shed unsatisfied needs, reducing their obsessiveness and weariness. Even living on little, they can live a lot, above all when they cultivate other pleasures and satisfaction in fraternal encounters, in service, in developing their gifts, in music and art, in contact with nature, in prayer.

"Happiness means knowing how to limit some needs which only diminish us, and being open to the many different possibilities which life can offer."

The pope doesn't let us off with just buying carbon offsets. But it's a start. And perhaps what he asks is not as difficult as we make it out to be.

[David Poulson is the senior associate director of Michigan State University's Knight Center for Environmental Journalism and is a member of the EarthBeat advisory panel.]