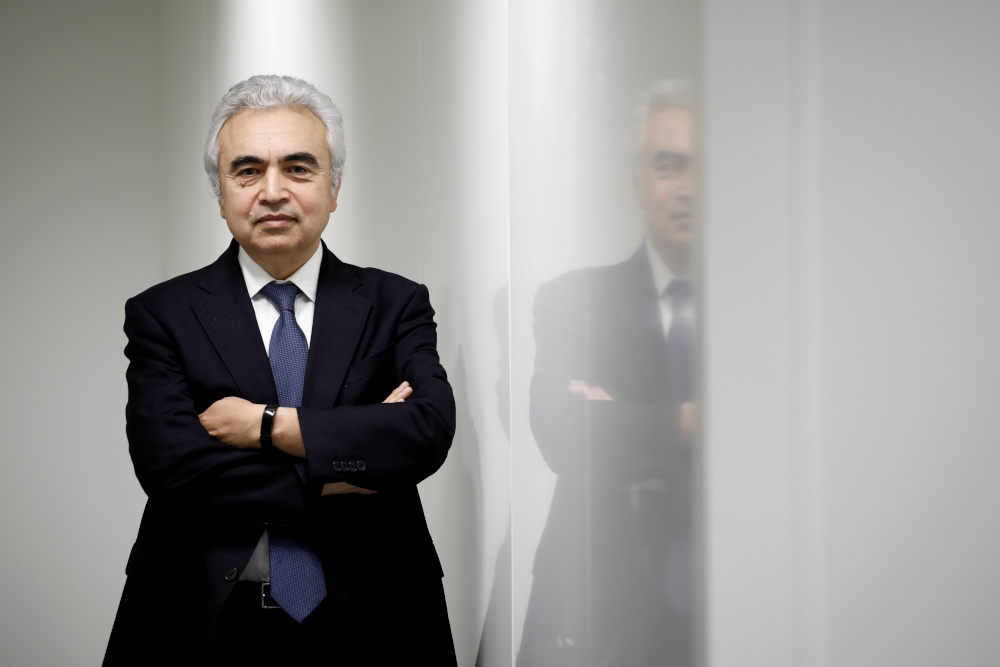 Global efforts to minimize the economic fallout from the coronavirus pandemic present an historic opportunity to scale up the technologies needed to speed a transition to cleaner energy, the head of the world's energy watchdog says.

Fatih Birol, executive director of the International Energy Agency (IEA), said support from governments could drive rapid growth in battery and hydrogen technology to help the world to reduce its reliance on fossil fuels.

"I believe there is an opportunity — and I call it an historic opportunity here," Birol, an economist who took the helm of the Paris-based IEA in 2015, told Reuters.

"The big time is about to come, but they need a push," he said, adding that the economic stimulus packages being delivered worldwide offer an ideal vehicle for change.

After weeks of extraordinary turmoil in oil markets, the IEA — created to ensure steady energy supplies to industrialized countries after the oil crisis in the early 1970s — has emerged as a leading proponent of "green recoveries" from the pandemic.

But he also wants governments to consider offering promising technologies the kind of subsidy and policy support that have helped to propel spectacular growth in wind and solar power from a low base over the past decade.

Global installed solar capacity increased from 40 gigawatts (GW) in 2010 to 580 GW in 2019, according to the Abu Dhabi-based International Renewable Energy Agency.

Birol singled out lithium ion batteries and the use of electrolysis to produce hydrogen from water as two technologies poised for rapid take-off.

Lithium ion batteries can be used for a wide range of purposes, from powering electric vehicles to storing energy generated by solar or wind plants to ensure a steady supply of electricity at night or when the wind isn't blowing.

Electrolysers can be used in products as small as household appliances up to industrial-sized units for power plants. They can create hydrogen from sources such as wind or nuclear energy, with the hydrogen then used for heating or transport.

"Nobody has a problem, as far as I see, to push the clean energy technologies," Birol said. "But they want to be convinced that those policies accelerating clean energy transitions would also help economic recovery."

Although rollouts of cleaner technologies will be needed to meet energy demand, climate scientists say that the world must also reverse plans to expand oil, gas and coal production to stand a chance of avoiding catastrophic climate change.

Birol cautioned against blanket categorization of the oil and gas industry as "troublemakers", saying oil would still be used for years to come and that the coronavirus had underscored the importance of petrochemicals.

"Today the petrochemical industry ... is one of the most critical ones helping us with the masks we are using or the sanitizers we are using," he said.

Birol said the IEA will publish a special edition of its annual World Energy Outlook on June 18 to spell out green job-creation policy options. The IEA is also due to host a Clean Energy Transitions Summit on July 9.

Hannah McKinnon, director of the Energy Transitions and Futures Program at Oil Change International, a research and advocacy group that has been critical of the IEA's energy modelling, said she was awaiting details.

"The IEA now has an opportunity and a responsibility to close its own climate credibility gap and set out an ambitious, just and green pathway for the future," she said.