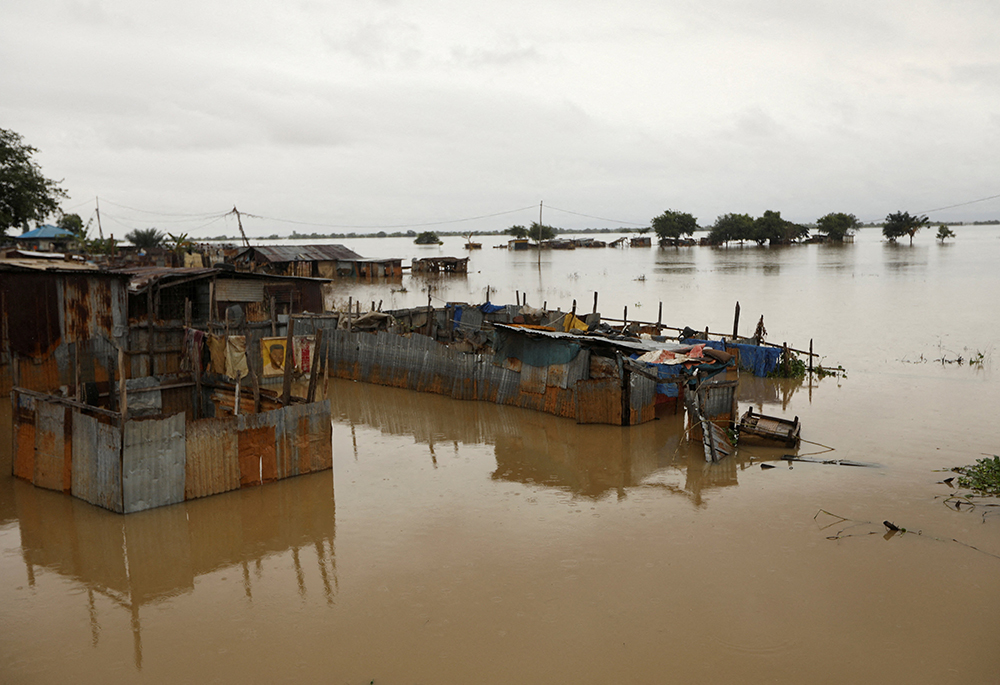 Hard hit by flooding and in the limelight for environmental pollution from its large oil industry, there is little to cheer for Nigeria's climate change agenda ahead of elections to choose a new administration this year.

Incumbent President Muhammadu Buhari's term of office expires in 2023, with a national poll scheduled for Feb. 25. Bola Tinubu of the ruling party and opposition leader Peter Obi have emerged as the front-runners to replace Buhari in the 2023 poll.

Climate change impacts have been wreaking havoc in Nigeria while the country has remained heavily reliant on oil for revenues, energy and economic substance.

According to the Brookings Institution, the 2021 Notre Dame Global Adaptation Index "ranks Nigeria as the 53rd most-vulnerable country and the 6th least-ready country in the world" in terms of adaptation to climate change. The Nigerian floods have been devastating, killing more than 600 people and displacing over 1 million others.

But environmentalists say the leading candidates have put climate change on the backburner of the campaign agenda. Instead, the Nigerian politicians prioritize economic revival in their campaign messages and manifestos, said campaigners. 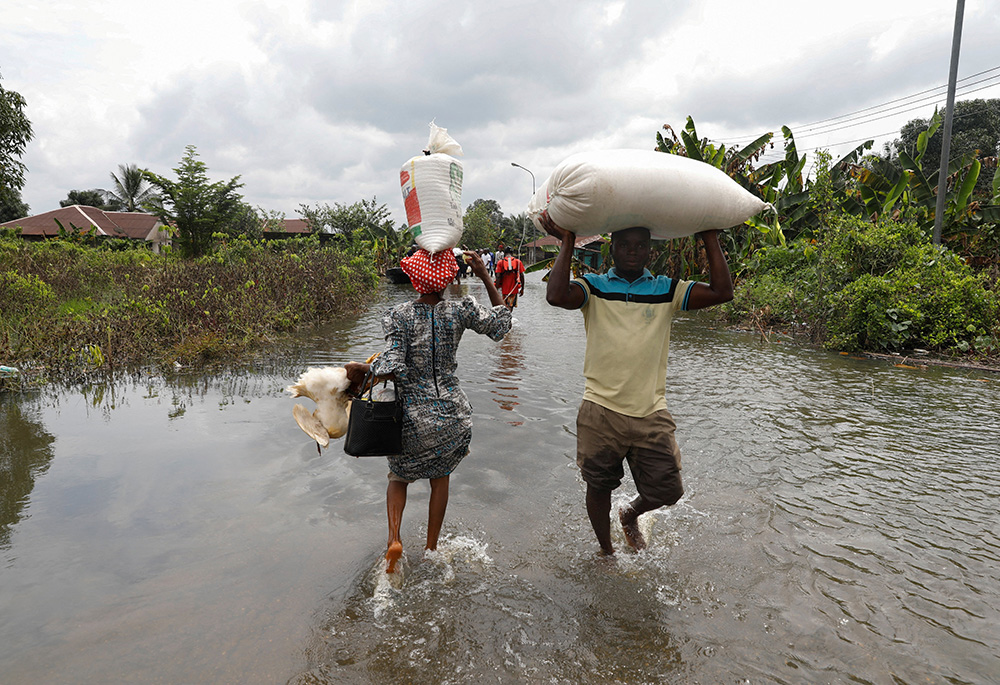 While contenders in Nigeria's February presidential election have been mentioning climate change and environment issues incidentally owing to the recent flooding, campaigners said this is not enough because the candidates are not clearly articulating how they will prioritize mitigation and adaptation in relation to mounting climate change impacts.

Atiku Abubakar, the People's Democratic Party presidential candidate and former vice president of Nigeria, acknowledged recent floods in Lagos and elsewhere with a tweet on Sept. 11, 2022, stating that the floods were a result of climate change. He also recognized that the poor and farmers were being heavily affected by such climatic impacts.

And Obi tweeted on Sept. 21 about the destruction that the floods had caused, highlighting that similar catastrophes were to be anticipated in the future because of climate change. He said it was imperative for Nigerian authorities "to intensify efforts to mitigate loses and casualties resulting from natural disasters," and said the "unprecedented flooding [was] linked" to climate change.

Abu Stephen, Nigeria program manager for Climate and Sustainable Development Network (CSDevNet), told Earthbeat last fall: "None of the two leading contenders for Nigeria's elections next year mentions any specific strategies for reducing or preparing for such climate threats [as the recent flooding] in Nigeria in the future."

The government's preparedness in handling the current flooding has also been criticized. 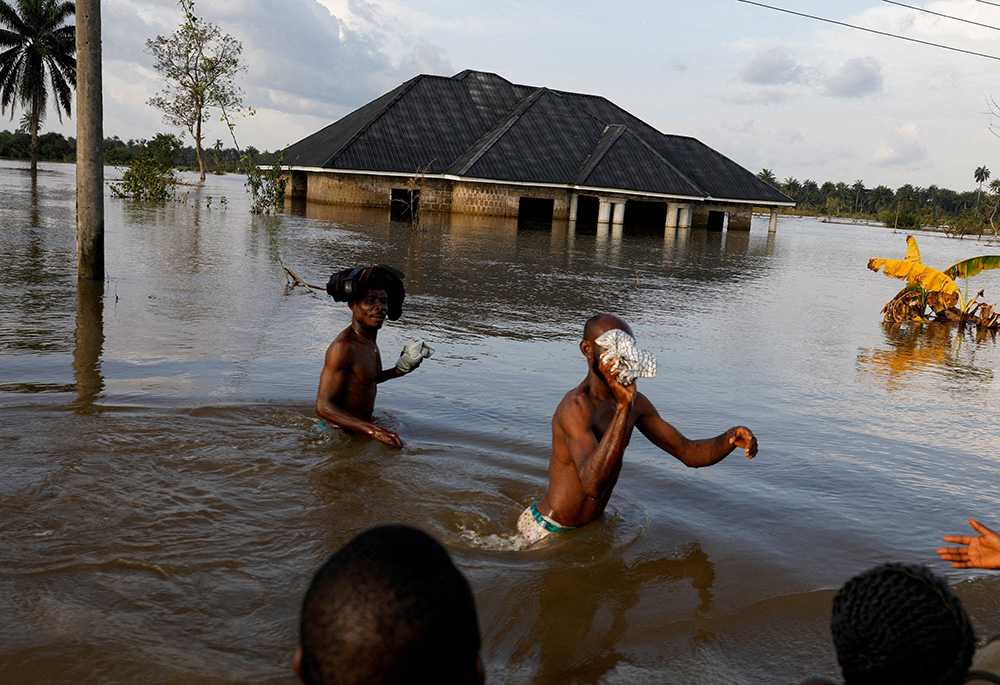 "Climate change should not be on the periphery of the discussion if the 2023 elections are going to be different," said Stephen. "Leaders that choose to ignore climate change risk losing out on a number of emerging global financial initiatives."

Beyond incidental tweets and general commentary around the flooding disaster, the leading presidential candidates have not tackled climate change and environmental issues, environmentalists and green economy campaigners told Earthbeat.

"So far I have not seen any commitment in terms of reduction of climate change impacts or environmental issues from the leading contenders," Cadmus Atake-Enade, project lead for fossil politics at Nigeria-based Health of Mother Earth Foundation, told Earthbeat.

He added: "They are concerned more about how to boost the Nigerian economy through LNG [liquified natural gas] production but there is nothing really on how to address climate change or how to tackle the impacts that we are facing from environmental pollution and climate change."

According to the United Nations, "78 percent of air pollution-related pneumonia deaths [in Nigeria] are among children under-five" — the highest proportion in the world. Nigeria is also the fourth largest polluter in Africa, with 136.9 million metric tons of carbon emissions in 2021, according to Statista.

The run-up to the 2023 Nigerian election comes at an important time when the country has just launched an energy transition fund for which it is seeking as much as $10 billion in international funding.

The plan, seen as an acknowledgment of the seriousness that should be attached to the climate change agenda for the country, covers ambitious programs in solar expansion and a doubling of gas power generation among other cleaner energy sources.

Yet it falls short on the effective implementation matrix for existing policies curbing deforestation, interventions in land use related to takeover of communal land for agro-processing expansion and promoting investments in other economic areas, Cadmus added.

The Catholic Church and other religious movements in Nigeria are nudging the government for collaboration in environmental protection programs and climate resilience projects. Caritas Nigeria has been running organic farming programs for internally displaced persons in addition to championing use of energy efficient cook stoves in rural areas. 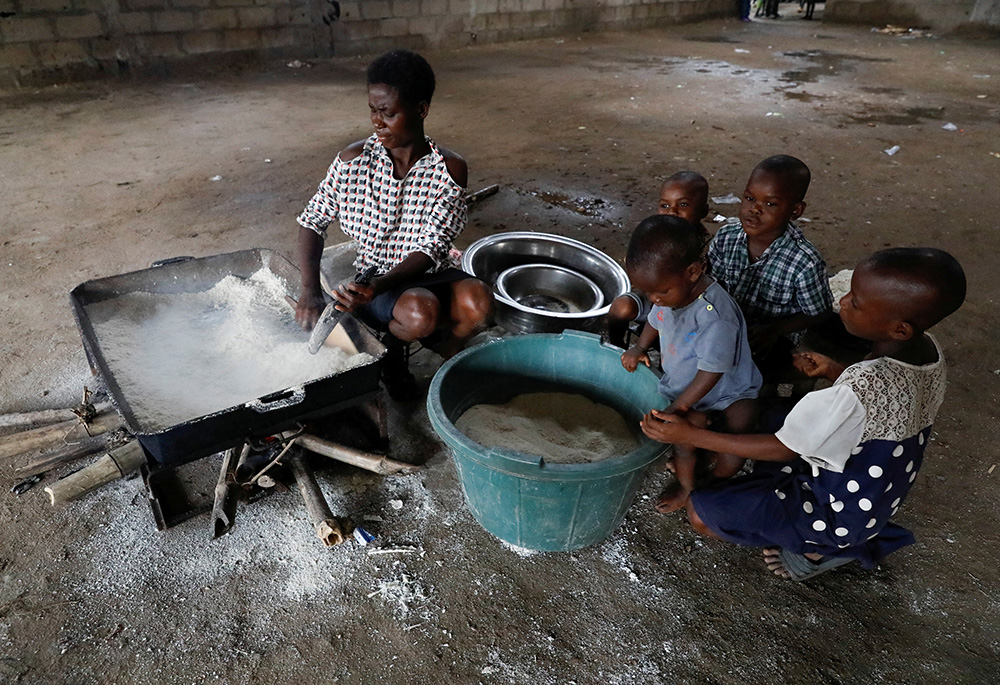 A woman displaced by flooding cooks food for her family at a school converted to relief camp Oct. 21, 2022, in Ogbogu, Nigeria. (CNS/Reuters/Temilade Adelaja)

The Catholic Archdiocese of Abuja has launched a seven-year climate and environmental improvement program. It is now seeking collaboration with the government on caring for the environment, Ignatius Kaigama, bishop of the Abuja Archdiocese, was quoted saying by local press.

"We are interested in collaboration. We must work together for beautifying the earth, for creating harmony and order in our society," he said.

The Christian Association of Nigeria said in a November statement that to avert similar climate change related disasters such as the deadly floods in Nigeria, it was imperative for Nigerians "to plant trees strategically while the authorities should stop at nothing to restore rivers to their natural courses and introduce water storage" areas.

Pope Francis, who described the floods as a disaster, called for prayers for those affected by them.

According to Atake-Enade, Nigeria has good environmental protection policies such as regulations dealing with deforestation but lacks effective implementation. This is one key area that the next president will have to address, as well as mitigation and prioritization of energy transition, he added. 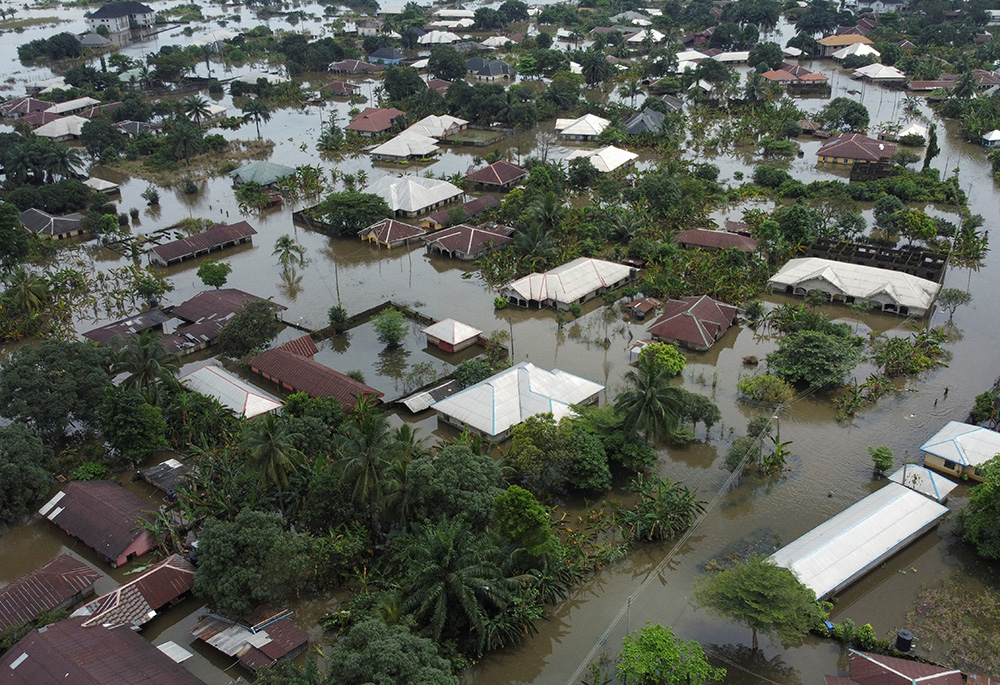 This is an aerial view of the flooded community Oct. 22, 2022, in Ahoada, Nigeria. (CNS/Reuters/Temilade Adelaja)

"Nigeria is highly reliant on gas and oil, and as such natural-gas based mitigation projects are an essential component of their energy transition, to move away from kerosene," notes a report by Climate Focus.

Yet for Nigeria, investment in its oil industry is a source of earnings for the government while also being a contributor to pollution from oil leakages and other environmental damage. The African country has been urged by finance institutions such as the International Monetary Fund to diversify its economy.

For Greg Odogwu, coordinator at the Centre for Renewable Energy in Nigeria, last year's flooding, the lack of prioritization of climate change by politicians and funding gaps to institute climate resilience and mitigation should take center stage in global conversations about climate change. But he's not expecting much from the current Nigerian election's campaign agenda.

"I don't think climate change issues shall decide the result of the elections. I also have my doubts concerning the ability of the Nigerian electorates to properly situate the importance of climate change in the electoral promises of the candidates across the board," said Odogwu.

A version of this story appeared in the Feb 3-16, 2023 print issue under the headline: Catholics prioritize climate work amid Nigerian elections.