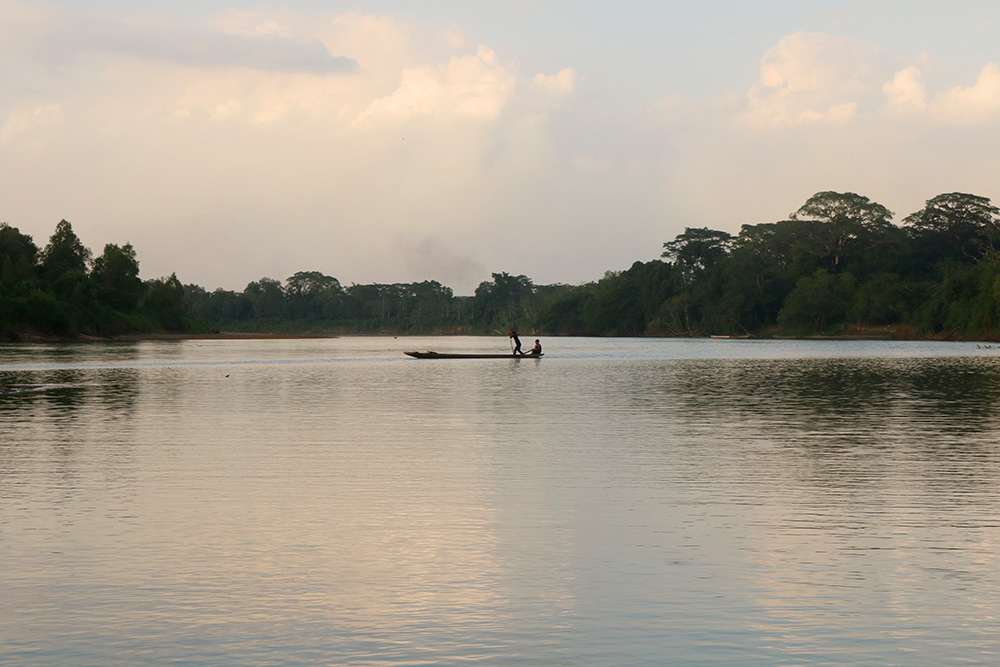 A Miskito Indigenous person paddles a canoe on the Patuca River in Honduras. (Wikimedia Commons/Marcio Martínez)

The Earth's warming temperatures are having a disproportionate negative impact on Indigenous peoples, those of African descent and migrants, but their ancestral wisdom is essential to efforts to reduce the impacts of climate change and preserve biodiversity, a top Vatican official said.

Speaking at a virtual conference May 27 sponsored by the Vatican and the United Nations Food and Agriculture Organization, Cardinal Peter Turkson, who heads the Dicastery for Promoting Integral Human Development, said the world must "listen to the cry of the Earth and the cry of the poor" and learn from those most affected by climate change. 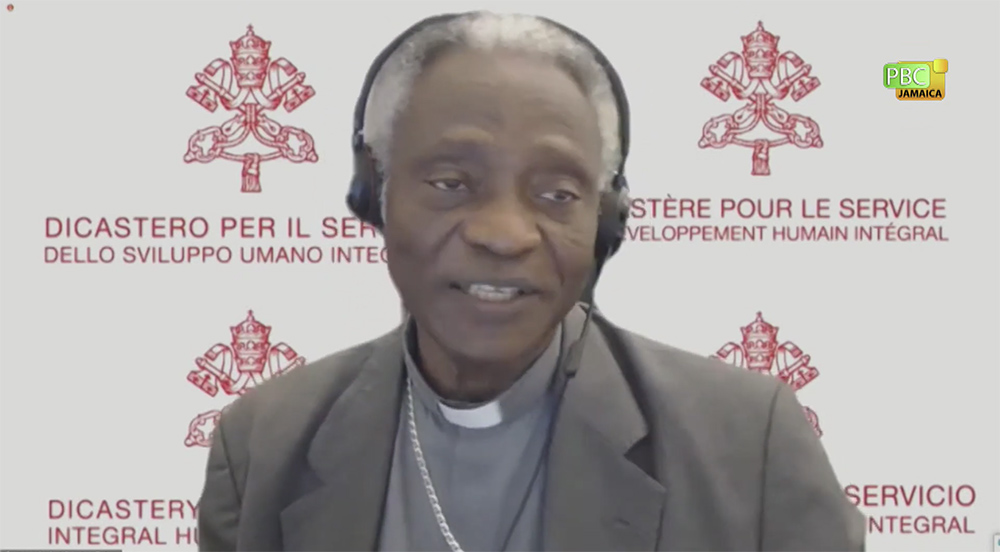 Cardinal Peter Turkson speaks at a May 27 virtual conference sponsored by the Vatican and the United Nations Food and Agriculture Organization. (NCR screenshot)

Noting that three major U.N. conferences will be held this year — on food systems in July, on biodiversity in October and on climate in November — Qu Dongyu, director-general of the Food and Agriculture Organization, called for the world to "act collectively to reshape our relationship with nature and support those who are mostly affected by climate change and the fragility of agri-food systems, such as small-scale farmers and rural Indigenous communities."

Although they represent only 6.2% of the global population, Indigenous peoples make up 19% of the world's poorest people, Dongyu said.

"At the same time, they are guardians of 80% of our global biodiversity, preserving various agri-food systems in harmony with nature," but the "valuable contributions" of their traditional knowledge "are seldom reflected in mitigation strategies and adaptation policies to address climate change and agri-food systems," he said.

"We should not leave those who know so much about biodiversity, food diversity and cultural diversity behind," Dongyu added.

Climate change and extractive industries are two of the greatest threats to the world's traditional peoples, Myrna Cunningham, a Miskita activist and medical surgeon from Nicaragua, said during the seminar.

"We believe that we cannot talk about these issues without full and effective participation of ourselves, including women, men, elders and youngsters, who are deeply involved notwithstanding the disproportionate effects" of climate change, said Cunningham, who is president of the Fund for the Development of Indigenous Peoples of Latin America and the Caribbean.

She added, "We continue to be leaders in experience in terms of adaptation, mitigation and resilience in our lands."

Discussions about climate change, she said, should focus on five key areas: Indigenous and other traditional people’s legal rights to their land, the right to govern in their territory, payment for ecosystem services, community forest management, and traditional knowledge and food systems. 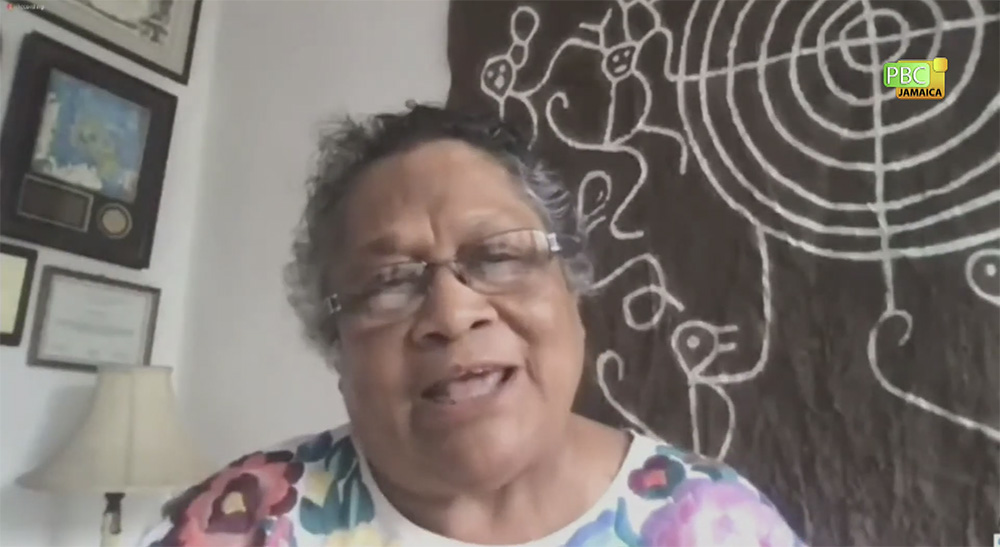 Miskita activist Myrna Cunningham speaks at a May 27 conference sponsored by the Vatican and the U.N. Food and Agriculture Organization. (NCR screenshot)

Indigenous peoples may be disproportionately affected by climate change, but they are not powerless, said Anne Nuorgam, a Sami Indigenous leader and politician from Finland who chairs the U.N. Permanent Forum on Indigenous Issues.

"Indigenous peoples are not vulnerable," she said. "We face hunger, poverty, malnutrition and other challenges, but we have preserved food and knowledge systems for centuries. The problem is that more and more we see our rights threatened. More and more our leaders are being killed. More and more we are losing our lands and territories."

She added, "We are being placed by outsiders, in policies and short-sighted programs, into situations of vulnerability, but I repeat: We are not vulnerable."

When climate-related events and associated economic hardships force Indigenous people to migrate from their traditional lands, particularly when they go to cities, they often face discrimination both because they are migrants and because they are Indigenous, Nuorgam said.

The COVID-19 pandemic "has exacerbated existing inequities in Indigenous people's food systems, health and territorial rights, due to discrimination and marginalization," she said. 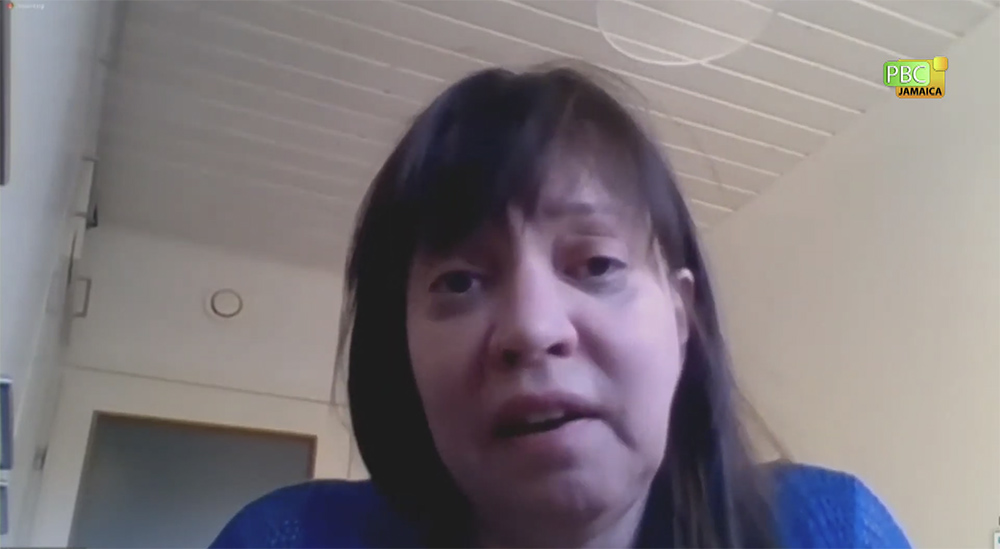 Sami Indigenous leader Anne Nuorgam speaks during the May 27 seminar sponsored by the Vatican and the U.N. Food and Agriculture Organization. (NCR screenshot)

Nevertheless, Nuorgam said, Indigenous peoples in various parts of the world are responding to a changing climate by drawing on traditional knowledge and practices. In Bangladesh, villagers have created floating gardens to protect food crops from floods, and in Latin America and the Caribbean, farmers have moved crops to areas less affected by severe weather. In parts of North America, Indigenous groups are finding new economic opportunities in wind and solar energy.

In Canada's Yukon region, one of the most drastic signs of climate change is that the water level in Kluane Lake has dropped by 10 feet in the past decade, said Kluane Adamek, Yukon regional chief of the Assembly of First Nations and a citizen of Kluane First Nation.

But while scientists study the impacts of those changes, elders tell a traditional story that counsels listeners to be prepared for when Kluane Lake becomes a river.

That is a reminder, Adamek said during the seminar, of the need to include those who carry traditional wisdom and knowledge in decision-making about policies. 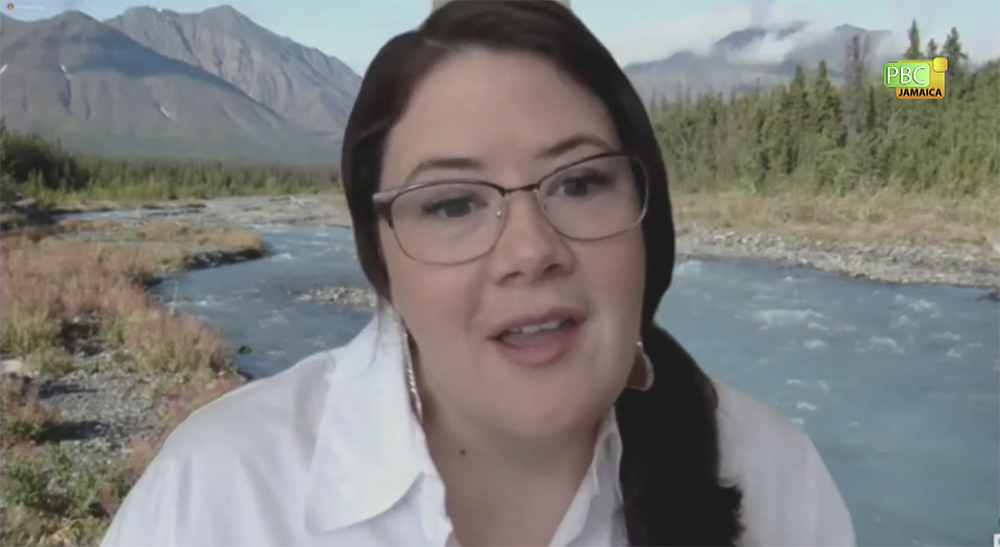 Kluane Adamek, Yukon regional chief of the Assembly of First Nations, speaks during the May 27 seminar sponsored by the Vatican and the U.N. Food and Agriculture Organization. (NCR screenshot)

The traditional wisdom of Indigenous people and those of African descent provides a key to dealing with many social and environmental issues, Turkson said, because of "their harmonious relationship with nature ... and how they maintain a biodiversity system."

"We must listen to their message of hope, of creativity, and act now to ensure a better future for them and for future generations," he said. "Now more than ever, it is time to act. We can all change for a just and sustainable future."