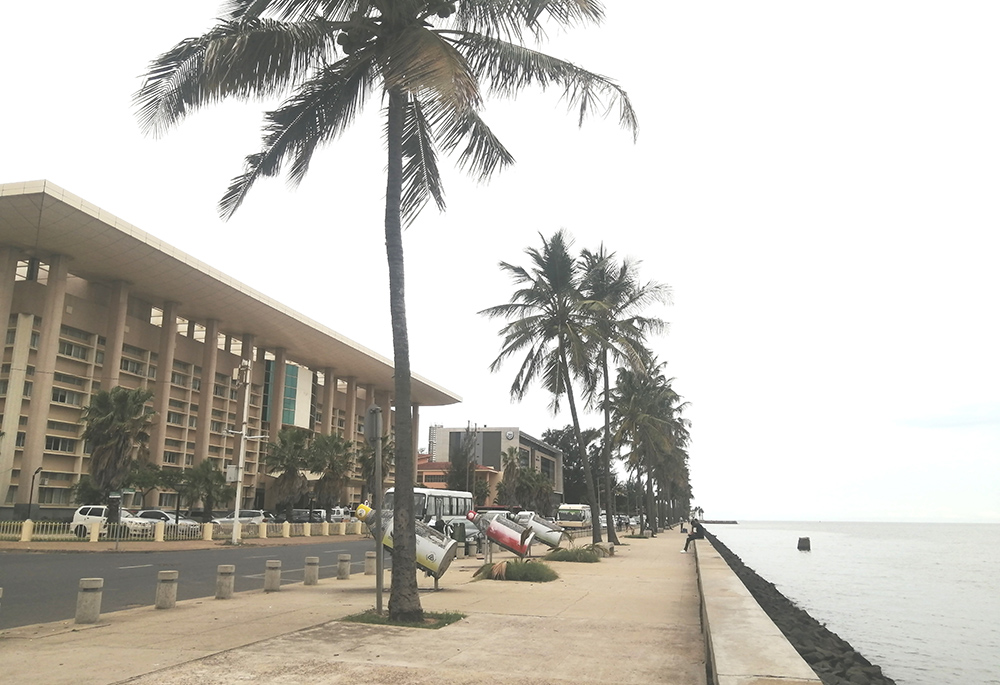 The Mozambican government is conserving nature and restoring natural ecosystems in coastal cities of Maputo and Matola among others, to provide natural buffers against floods and storms. (Tawanda Karombo)

After making landfall outside the Mozambican port city of Beira in 2019, Cyclone Idai killed more than 1,000 people across Mozambique, Zimbabwe and Malawi, acting as a wake-up call to fast track the country's resilience and adaptation to climate change, say experts from World Food Program, Caritas and the Swedish International Development Agency.

Cyclone Idai, along with Cyclone Kenneth that struck weeks later, displaced millions of people across the region and left more than 1.5 million others needing food and health assistance as well as other support for their decimated livelihoods.

The gaping need for food, health and livelihood recovery assistance stretched global resources and forced humanitarian organizations to divert funds meant for other programs to the Mozambican crisis, said Samer Fayadh, energy, environment and climate change consultant for the Embassy of Sweden in Mozambique. 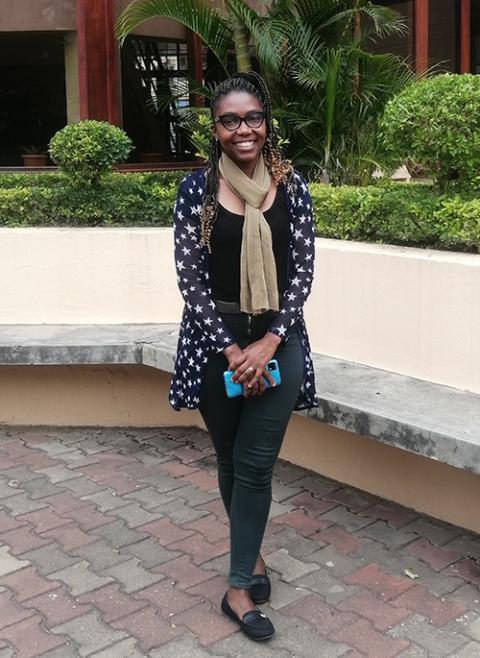 Munguande, then employed by Save the Children as a community emergency responder, recalls the lingering stench of rotten flesh as the Cyclone Idai waters receded.

She told EarthBeat of the devastated and hapless look on villagers' faces at the sight of their damaged houses and desolated possessions.

"It was terrible and messy, with villagers who survived literally having to wake up each other and barely escaping with their livelihoods shattered on the night of the landfall and the days that followed," Munguande, now employed as communications manager for Caritas Mozambique, said.

"Several others could not escape as it was a sudden disaster, with no preparedness or advance warning of the magnitude of what was coming," she added.

As a first-time responder to the humanitarian crisis that followed the landfall of Cyclone Idai, Munguande emphasized that a lack of preparation and adaptation made the situation unbearable. 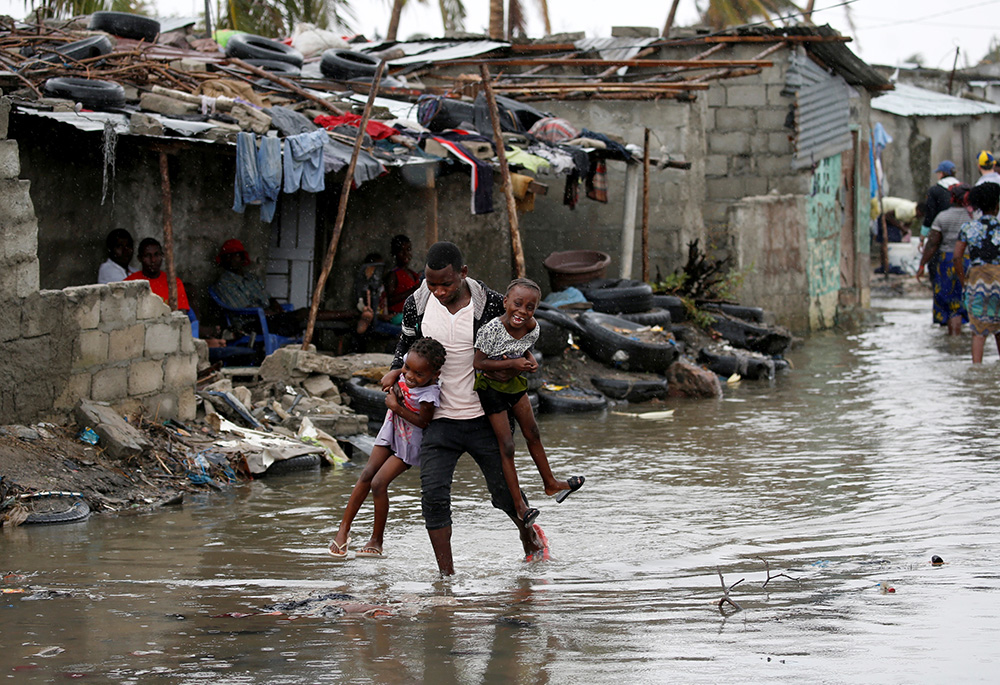 A man carries his children through floodwaters in the aftermath of Cyclone Idai, March 23, 2019, in Beira, Mozambique. More than 2 million people in Mozambique, Zimbabwe and Malawi were affected by a cyclone that killed more than 700 people, with hundreds still missing in Mozambique and Zimbabwe. (CNS/Reuters/Siphiwe Sibeko)

But since then Mozambique's preparedness through adaptation has been bolstered, explained Costa Lambeto, food security and livelihoods officer for Caritas Mozambique.

"The government and some partners have been building resilient houses to withstand any future impacts and this means that many people are now housed in shelters that can better withstand such shocks," Lambeto said in an interview with EarthBeat.

"There is also better information dissemination and sensitization about the looming and potential impacts of cyclones," Lambeto continued. "And most of the people in risk areas have moved to safe zones." 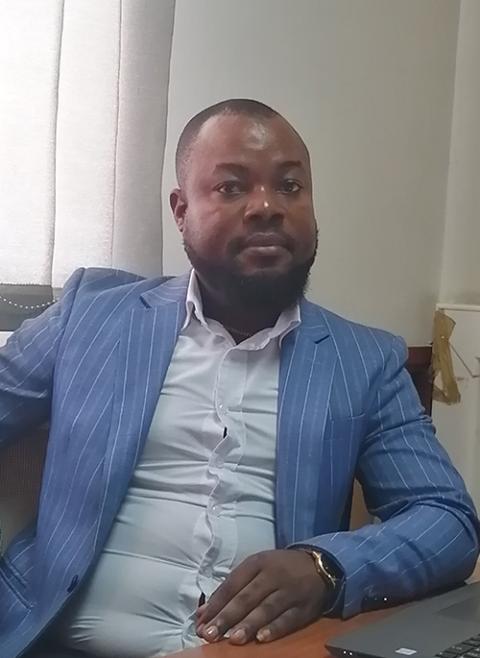 Caritas has also been supporting cleaner energy infrastructure in Mozambique by installing solar-powered boreholes for those resettled in safe zones.

About 60% of Mozambique's 33.3 million people live along its coastal areas, according to the United Nations Environment Program, and the vulnerability of the country's coastline to sea level rise continues to increase.

As a country prone to two extreme climate change impacts Mozambique is one of the African countries most affected by climate change. Its northern region suffers cyclones and flooding while the central and southern regions struggle with droughts and lengthier dry spells.

In 2022 the country took a hit from Cyclone Gombe which hammered the province of Nampula, in the Northeast region of Mozambique, in March, a few weeks before tropical cyclones Ana and Dumako also made impact.

The total number of those affected by the storms soared to 736,000 according to local authorities.

In the southern regions, Caritas runs lean season livelihood programs to provide food and household supplies during the most vulnerable times of year, as well as a crop cover program that is helping with soil fattening and water retention.

Caritas distributes the Canavalia seed, a nonedible leguminous plant, to communities in the Gaza province, enabling them to plant the crop that is used as a green fertilizer for soils. Soil in the drought prone regions is no longer fertile, and soil cover is at a bare minimum because of loss of plant life. The Canavalia seed distributes nutrition into the soil and increases soil cover, helping to bring life and fertility to soil long desolated by droughts.

Other organizations have been stepping in too to revamp Mozambique's preparedness and adaptation to climate change impacts.

Christian Grassini, climate resilience and food systems activity manager for World Food Program in Mozambique, told EarthBeat that "climate change adaptation is a very long-term process" that has to factor in the immediate and long-term needs of those impacted. 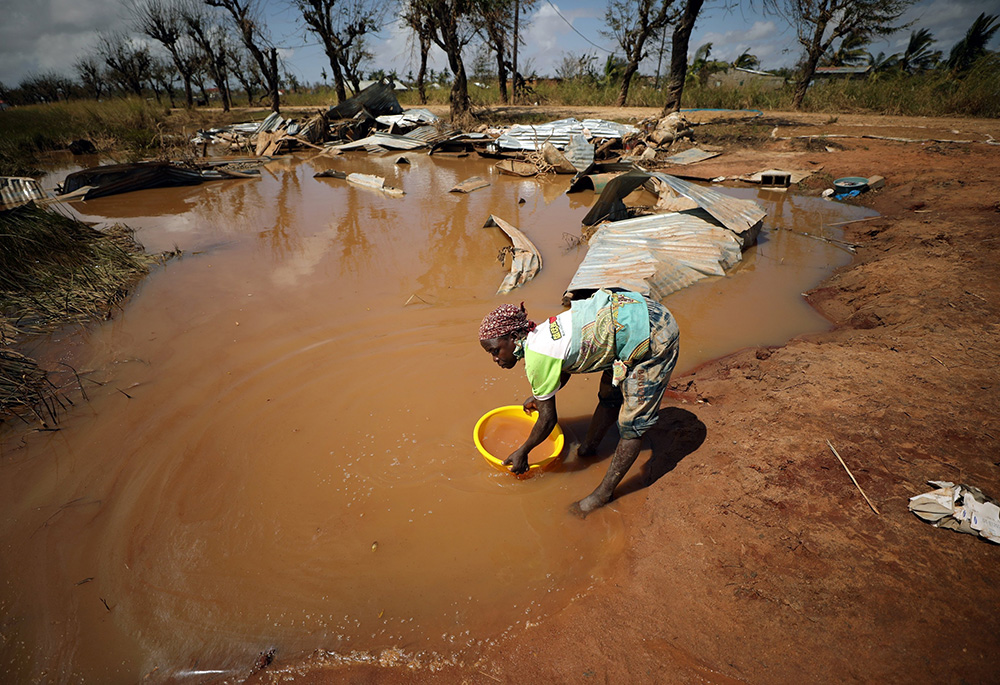 A woman collects water for washing as floodwaters begin to recede in the aftermath of a 2019 cyclone near Beira, Mozambique. (CNS/Reuters/Mike Hutchings)

For example, WFP's multilayered adaptation program for Mozambique encompasses "social protection" through micro-insurance payouts and humanitarian assistance in the event of uncertain agriculture yields from excess or dearth of rainwater.

The U.N agency has paid out micro-insurance to farmers in two provinces in Mozambique and is introducing payouts in Gaza as a third province this year to mitigate against loss of agricultural productivity due to droughts.

The micro-insurance mechanism is based on levels of rainfall received in a particular season which helps determine the need for a payout. In the Shibutu district under Gaza province, about 711 households, or 3,500 people, benefited from these payouts, said Grassini.

"The money is used to make up the losses. Given the uncertainty of rainfall, the harvest will be lower. We know Cyclone Idai is one of the evidences that climate change related shocks are increasing in number and intensity," said Grassini.

Grassini believes that the government of Mozambique has willfully awakened to the realities of speeding up policies around climate change adaptation. At COP27, the U.N. climate conference held in Egypt Nov. 6–18, the Mozambican delegation was led by President Filipe Nyusi, who is also the African Union champion for natural disaster risk management.

While Mozambique is one of the bigger producers of hydroelectricity in southern Africa, its power generation infrastructure is prone to the effects of droughts and cyclones exacerbated by climate change.

This is an area that Sida, the Swedish International Development Agency, as also been working on to improve the adaptability and resilience of electricity infrastructure. 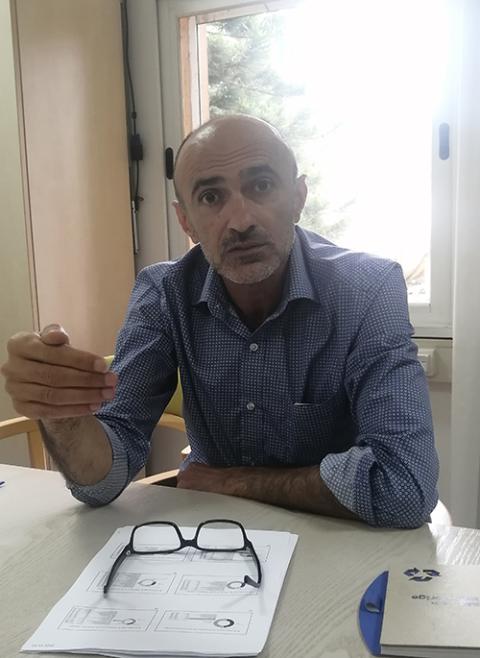 A project to rebuild the power plant and upgrade it to withstand future impacts has now been completed, with electricity transmission lines also shifted to areas where they will likely not be affected by floods.

"We have just completed repairs and upgrading of that hydropower station, improving its adaptation to future climate shocks," Fayadh, who is involved in Sida projects in Mozambique said.

"Through this, we have fixed a future problem, making sure that it will not have as much a severe impact as before."

The Mozambican government launched a $6 million project in February 2022 to protect its coasts from the impacts of climate change under a conservation and nature restoration program for the capital of Maputo and surrounding cities.

Experts say natural ecosystems offer buffers against storms and flooding. This project will positively impact a population of about 3 million people in Maputo, Matola and Boane among others.

"The Greater Maputo Area, where more than three million people live, is already severely affected by floods, cyclones, erosion, and sea-level rise," said Wetela Jone from the ministry of land and environment in a UNEP press release. 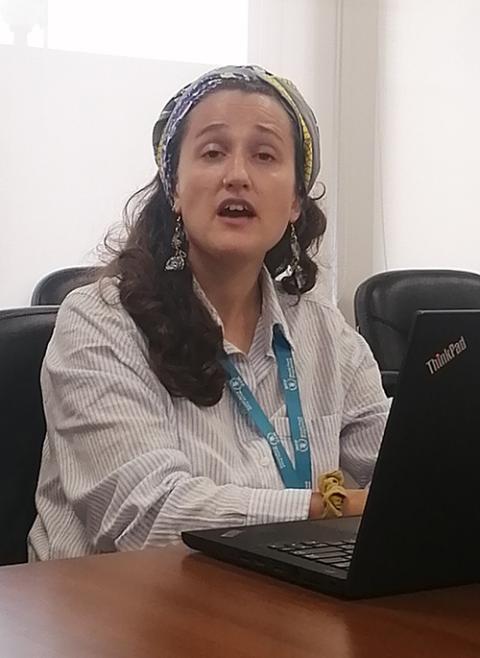 With the support of development and humanitarian partners, Mozambique is "implementing the Local Climate Adaptive Living Facility" which aims to speed up "construction of resilient infrastructures" capable of withstanding natural events, said Ivete Maibaze, Mozambican minister of land and environment, at a conference in Stockholm in June this past year.

Giselle Genna was in the Manica province, working as a community emergency coordinator, when Cyclone Idai hit.

She recalls March 14, 2019, as a "sleepless night" as information emerged a few hours earlier that a massive cyclone was on the way.

It was a tense night, she tells Earthbeat in an interview in Maputo. "Knowing that the cyclone was approaching the city, it was very tense and I was very afraid," she said.

Since 2019 when Mozambique was hit twice by cyclones, it has suffered tropical storms and cyclones each year. But Genna says that Mozambique has improved its preparedness for future climate change impacts.

"In 2019, Idai hit and we probably were not ready but since then, everyone, including the government, is working hard knowing that this will unfortunately be a reality again anytime," said Genna.