A fire lit by local farmers burns in the Amazon rainforest during the summer of 2019. (Films.NationalGeographic.com/Amazon Land Documentary/Alex Pritz)

From its very first moments, the new documentary "The Territory" places the viewer uncomfortably in a new kind of war — the war for the future of the Amazon Basin, and what it portends for Indigenous Brazilians, Brazil and even the planet.

Much of what is seen in this immersive film — which had its premiere in January at the Sundance Film Festival and just finished a theatrical run in New York City — will probably not surprise readers who have followed the struggles in the Amazon through coverage at NCR, EarthBeat and Global Sisters Report. These struggles pit Indigenous communities, which want to preserve their way of life, against farmers, large agribusiness interests and loggers who believe that the rainforest is open season for development.

"The Territory," produced by National Geographic, has a specific focus on the conflict between the Uru-eu-wau-wau tribe and small "frontiersmen" who argue that the tribe has no right to exclude them from "settling" land for small- or medium-scale farming. The area in question is located in the western Brazilian state of Rondonia and is roughly triple the size of Delaware, but is getting smaller with the incursion of land grabs and deforestation. 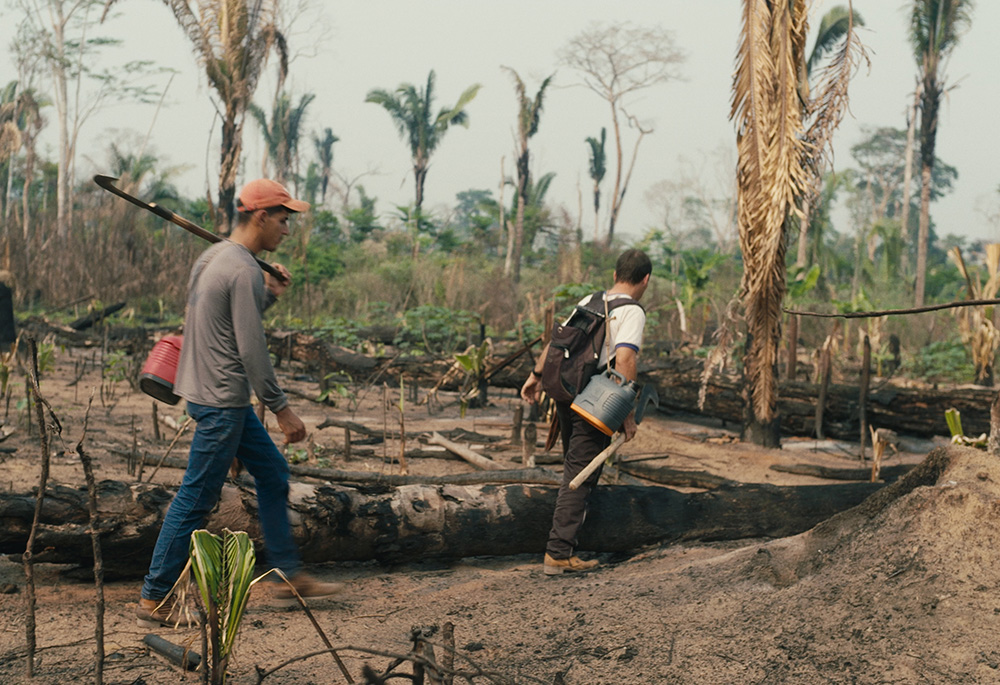 What was once forest is now a charred landscape, as settlers push into protected areas of the Amazon rainforest. (Films.NationalGeographic.com/Amazon Land Documentary/Alex Pritz)

While the film has an obvious and understandable focus on (and bias toward) the struggles of the Uru-eu-wau-wau, it does allow time and space for the settlers who, at least at first, do not appear as rapacious land-grabbers but as struggling farmers wanting rights to small acreages.

And yet this desire has an ugly underside and is marred by perilous violence. It is dismaying, even shocking, that roughly halfway through the film, tribal leader and activist Ari Uru-eu-wau-wau is killed, apparently as a warning to the Uru-eu-wau-wau to stop the spirited defense of their land.

With the help of a fearless Brazilian environmental and human rights activist, it is up to the survivors to continue the struggle. And there is no doubt that, by the end of the film, the struggle will not get any easier. Just as the settlers are determined to move on the land, the Uru-eu-wau-wau are just as determined to protect their "territory." 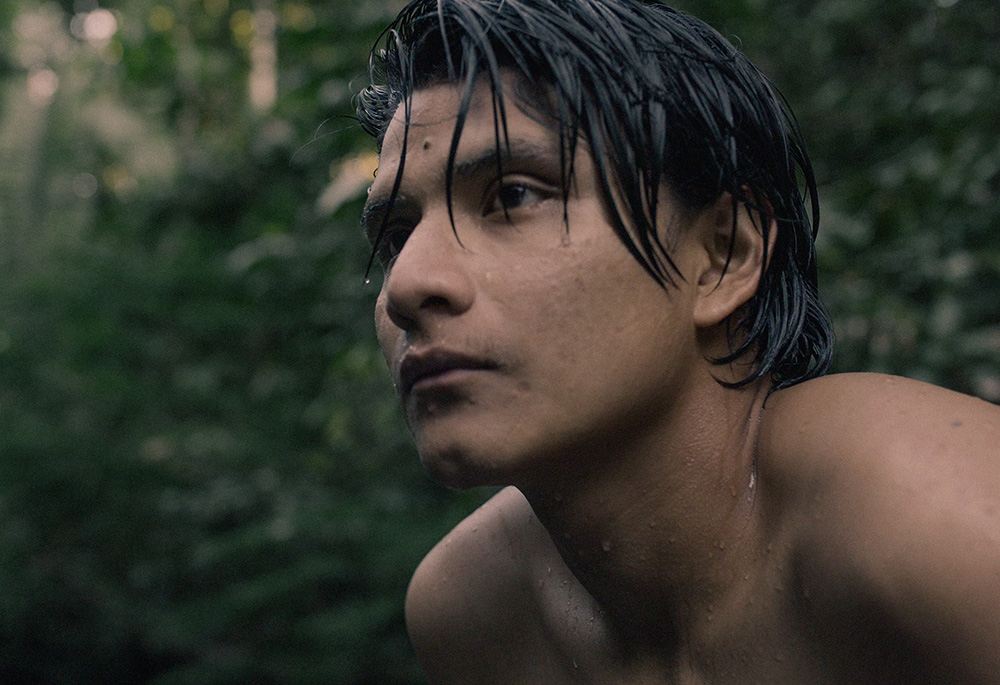 Bitaté Uru-eu-wau-wau was appointed leader of his Indigenous community at the age of 18 and has led the efforts to fight back against increasingly aggressive invasions on his protected territory. (Films.NationalGeographic.com/Amazon Land Documentary/Alex Pritz)

It is hard to believe that the stalemate won't spiral and get worse. One of the last images of the film is the tribe setting settlers' outposts ablaze — with one of the affected settlers later declaring he will rebuild and be back.

In many ways, the film is "character driven" by two people. Bitaté Uru-eu-wau-wau is the central figure — a young activist who is still in his late teens when we first see him. (The film then unfolds over several years.) He is a gentle soul, but no one's fool. Bitaté and others know what is at stake: Not only is the tribe's future dependent on the preservation of the rainforest, but so, possibly, is the health of the entire planet. Indigenous and their environmentalist allies have long warned of the wider ecological perils of the desecration of the Amazon rainforest, including its critical role in mitigating climate change.

With the murder of his activist mentor Ari, we see a subtle but still perceptible shift in Bitaté's manner. He seems to age a bit in front of us — looking more hardened, as if he more fully realizes what his people are up against.

In this fight he has an ally in the nontribal environmental activist, the fearless Neidinha Bandeira, a co-founder of the Kandidé Ethno-Environmental Defense Association, a small nongovernmental organization.

Bandeira's work in negotiating with local and federal officials, acting as liaison with journalists and strategizing with the Uru-eu-wau-wau appears both tireless and exhausting. And done at great risk — the documentarians were there at a tense moment when the life of Bandeira's daughter appeared threatened. Bandeira herself faces constant death threats.

Moments like this make for an engaging piece of cinéma verité — with keen results. There is probably no better documentary to introduce viewers to the current struggles of the Amazon. This would be a fine film to show eventually in parishes and adult-education forums.

Having said that, NCR, GSR and EarthBeat readers are likely to see that the film has some gaps — understandable, as no nearly 90-minute film could possibly be comprehensive.

One omission is the role of religion and the church. There is no mention of the role the Catholic Church has made in solidarity with the Indigenous people, such as through the 2019 Synod of Bishops for the Amazon and subsequent actions, advocacy and collaborations. That is a development that is important and vital, and reaches all the way up to Pope Francis.

Related: 'We are part of a living nature': Parallels in pope's, Indigenous views of humanity's relationship with creation

The only hint of the role of religion is a fleeting but revealing moment when the settlers —organized in a cooperative network — meet and evoke God in their public prayers, as if God is blessing their efforts. This hints at the possible role of Protestant evangelism among the settlers — here I am only guessing — but we don't get any larger context.

The other thing that might have been helpful would have been a more thorough explanation about the relationship between the settlers and large farmers and agribusiness interests. The tribal members, understandably, seem to think the groups are allied. But the settlers' self-identity stems from their belief that they are frontiersmen, acting on their own as rugged individualists. This is a notable part of the story and deserves more attention. 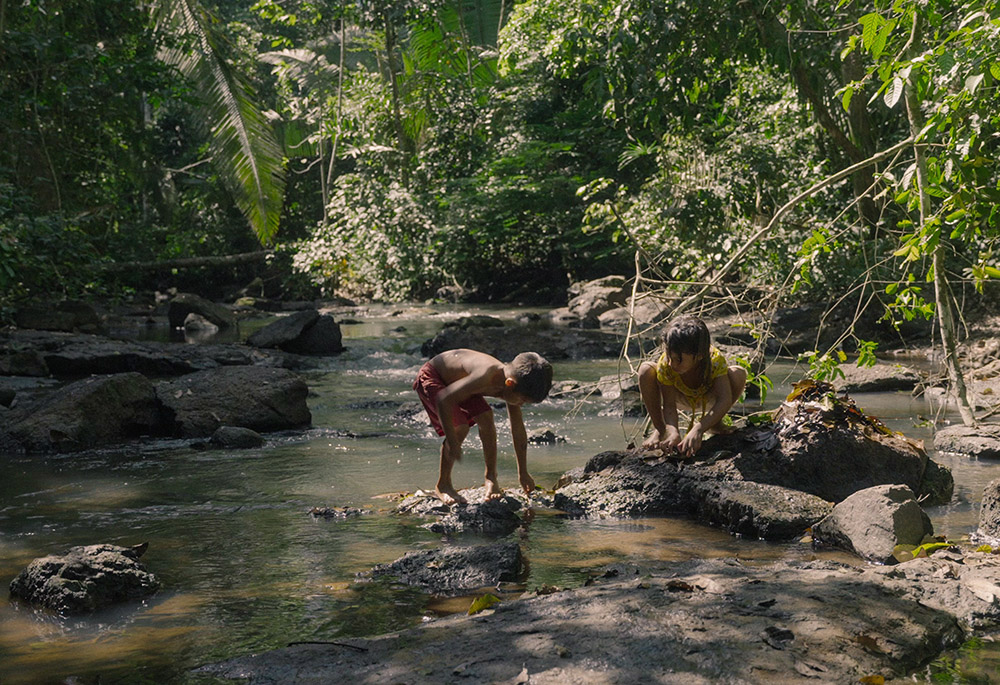 Some might argue that a deeper examination of the broader political context — the rise of the anti-Indigenous government of right-wing President Jair Bolsonaro — might have been helpful. But I think the attention paid to wider national politics is just enough. It hovers in the background as something deeply menacing and disturbing. The national anti-Indigenous sentiment, stoked by Bolsonaro and his supporters is strikingly ugly and racist — just one more obstacle and challenge the Indigenous people have to endure.

The strength of "The Territory" — which includes American, Brazilian, British and Danish participation, with some footage shot by the Uru-eu-wau-wau themselves — is in letting the story simply unfold without narration. The film is full of telling moments, such as the settlers saying they have never seen the Uru-eu-wau-wau and suggesting they actually may not even exist — an apt metaphor of the invisibility of Indigenous communities in the wider Brazilian society.

This is direct, commanding and revealing storytelling about a people whose battles tell us much about the current state of "development" and all that signifies. Rooted in a specific time and place, "The Territory" is a film of the moment that has universal echoes.